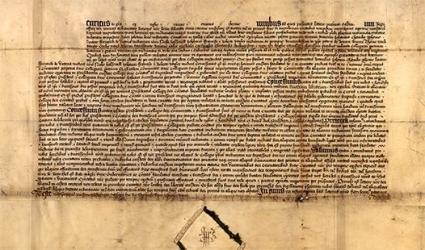 A college is founded

Thomas Linacre, Henry VIII’s physician, persuades the king to found a college along the lines of the academies in Italy, to regulate the practice of medicine in the City of London and 7 miles around the city.

The power of the College is extended

Henry VIII passes an act of parliament, which enables the College to regulate the practice of medicine across all of England. 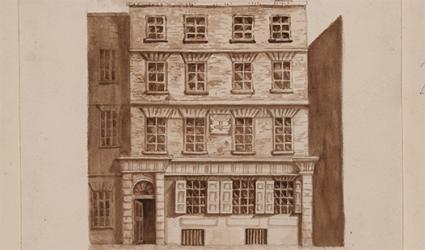 The College gets its first home

Thomas Linacre, founder and first president, dies and leaves his home on Knightrider Street, near the River Thames, where the fellows had been meeting, as the new premises of the College. 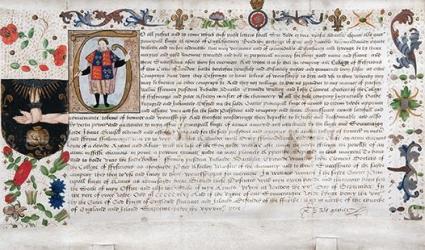 The College’s status is confirmed

A grant of arms is awarded to the College. It consists of a blue shield with gold borders, a gold pomegranate and an outstretched arm, with a hand emerging downwards from a golden sun to take the pulse of an arm. 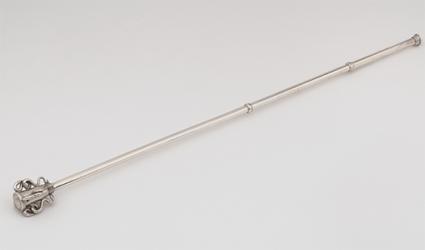 John Caius becomes president. He begins the official recording of the minutes of the fellows meeting called comitia, an official committee which continues to meet today.

Caius introduces many of the College’s ceremonial rituals, giving key objects, like the caduceus (pictured). Caius explains: ‘[the caduceus] indicates that the President ought to rule with moderation and courtesy, unlike those of earlier days who ruled with a rod of iron.’ 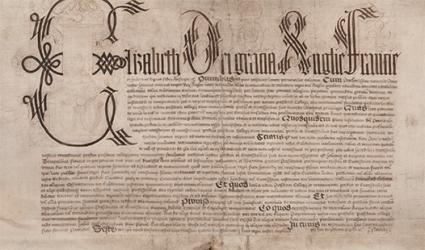 The College receives bodies for its anatomical studies

Elizabeth I signs the charter for anatomies. This gives the College the important right to collect four bodies of hanged criminals each year, from Tyburn, for anatomy lessons. 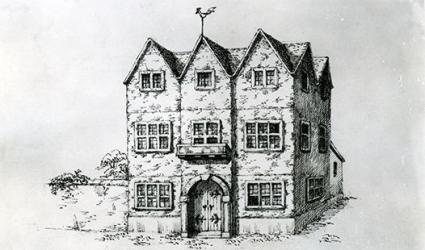 The College moves to its second home

Linacre’s former home is becoming too small for the growing institution. The College leaves Knightrider Street in June and meets in its new home at Amen Corner (near St Paul’s Cathedral) for the first time in August. 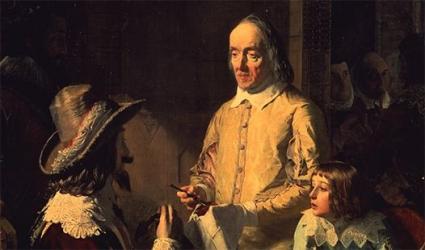 William Harvey starts delivering the College’s famous anatomy lectures founded in 1582, known as the Lumleian lectures. While delivering this series of anatomical lectures over the next decade, he works out his revolutionary theory on the circulation of the blood. 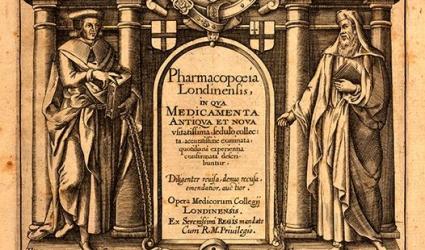 The College publishes the first pharmacopoeia

This Latin publication contains a list of medicinal drugs with their effects, ingredients and directions for their use. This is the official list which must be used by apothecaries to make up medicines, across England. The College continues to publish the only official list of approved drugs until the General Medical Council is created in 1858. 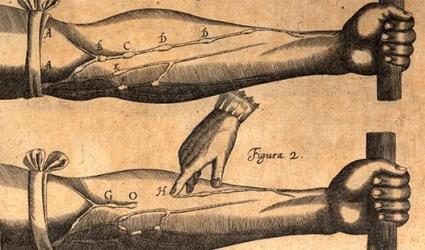 William Harvey publishes his theory of the circulation of the blood in his book De Motu Cordis (‘on the motion of the heart’). The revolutionary work demonstrates through a series of experiments that the heart is a pump, pushing the blood through the body with every beat.