Our medical collections show the kinds of equipment and materials physicians have used to diagnose and treat disease, demonstrating how our understanding of disease and our bodies has changed over 500 years.

Some of our most iconic collection items include:

The RCP Museum is also actively collecting objects from the 20th and 21st centuries to represent more recent advances in and experiences of medicine. 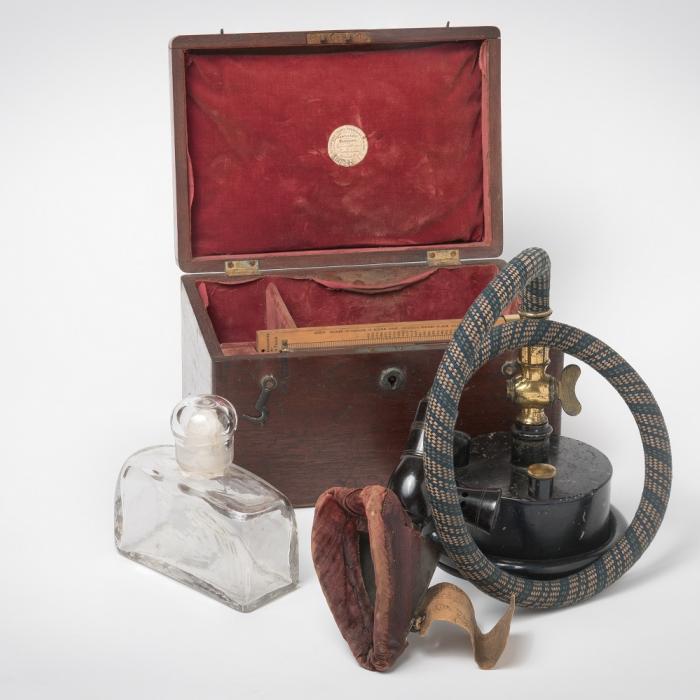 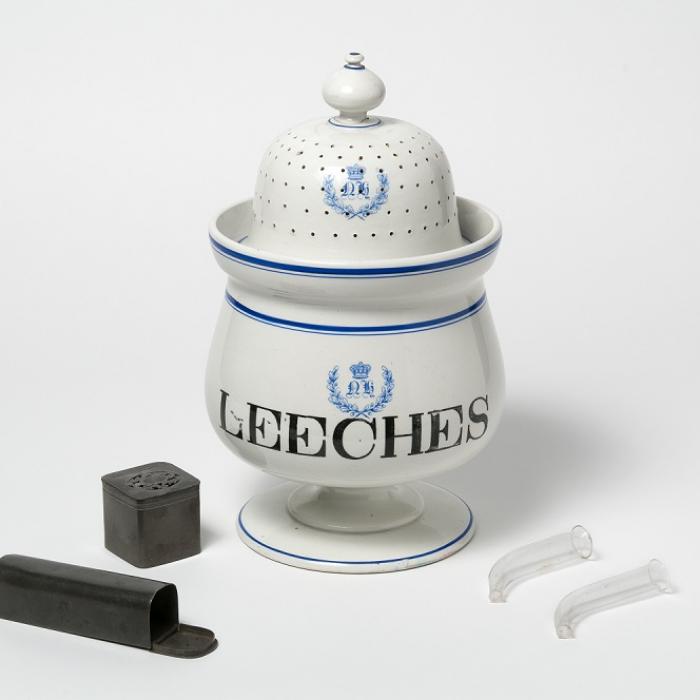 At the heart of our medical collection is a group of over 400 objects collected by British cardiologist Cecil Symons (1921-1987) and his wife Jean Symons (1928-2018). Although Dr Symons did not confine himself to one era – or even one country – his collection shows an enthusiasm for the Georgian period (1714–1837). The Symons collection is unique for its focus on domestic medicine, or ‘self-care’ in the 18th century – showing the ways people looked after themselves and their families at home in the past. From sick syphons to nipple shields, breast pumps and medicine spoons – patients in the Georgian and early Victorian eras purchased a wide variety of goods to keep the doctor away, especially at a time when to call a physician was very expensive.

Beyond domestic medicine, the Symons collections contains many ‘tools of the trade’ of the physician, like leech jars, bleeding bowls and stethoscopes, as well as more curious items, like political buttons showing Louis XIV before and after an enema, a Chinese modesty doll, and a clock-work pill box from the time of Charles I. The Symons collection is on permanent display in our Treasures Room – a space specifically designed to house the collection by architect Sir Denys Lasdun. 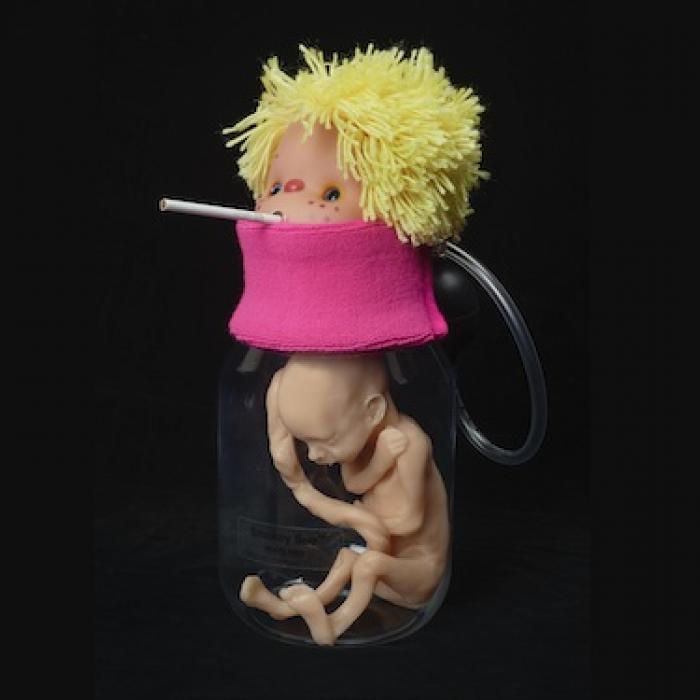 A health education device representing the effects of smoke on a 7-month-old foetus.

A health education device representing the effects of smoke on a 7-month-old foetus. 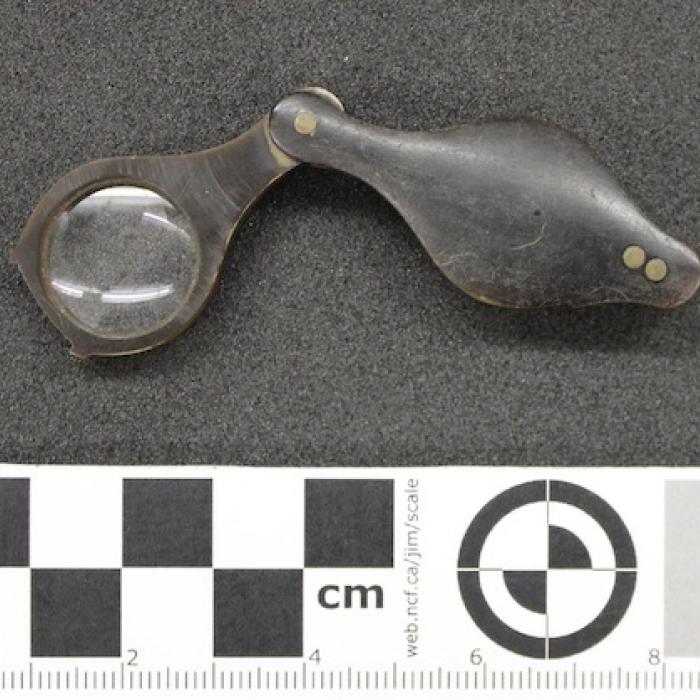 Hinged horn pocket microscope or hand lens, used by Dr Alfred Swaine Taylor. Swaine Taylor (1806–1880) was a British physician and toxicologist of the 19th century, remembered as the ‘father of forensic medicine’.

Hinged horn pocket microscope or hand lens, used by Dr Alfred Swaine Taylor. Swaine Taylor (1806–1880) was a British physician and toxicologist of the 19th century, remembered as the ‘father of forensic medicine’. 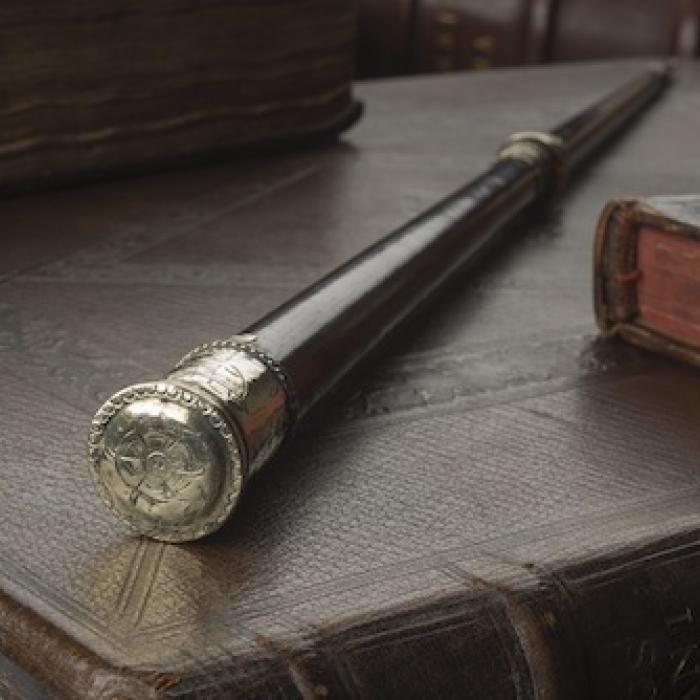 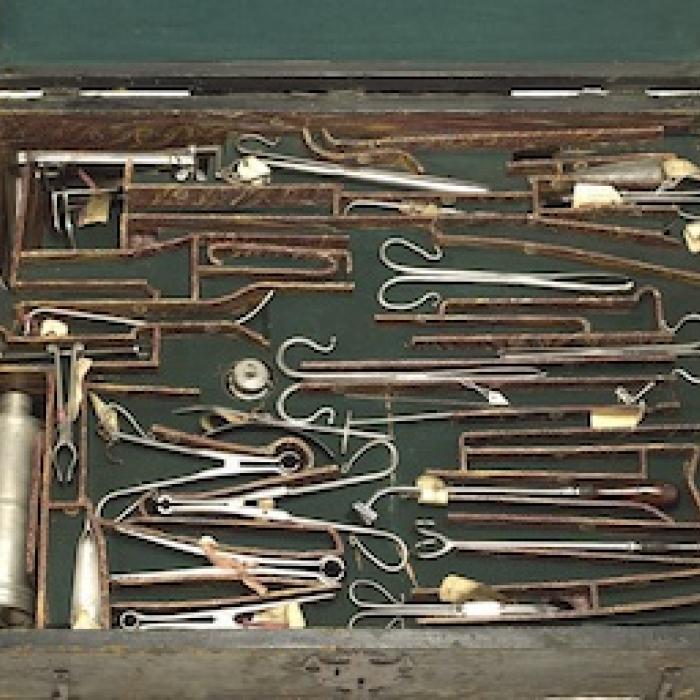 To uncover a wealth of information about all the collections held at the RCP, search our archive and museum catalogue or if you would like to view a collection item in person you can book a research appointment. 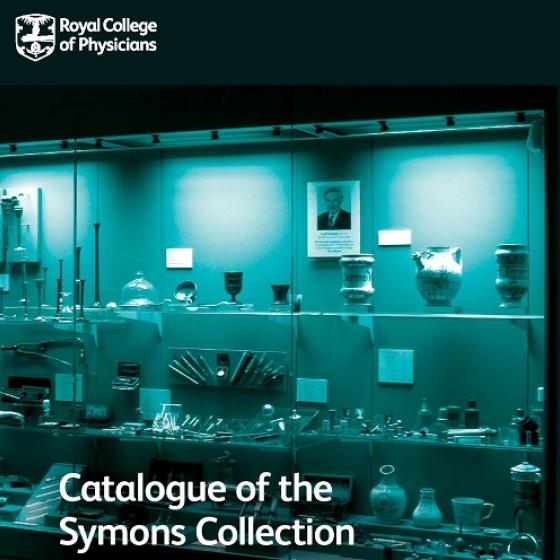 Catalogue of the Symons collection

The Symons collection is housed at the Royal College of Physicians, and contains artefacts which would have been used by physicians and for self-care in the home.

William Withey Gull was a somewhat unusual character in Victorian medicine, rising from a humble background to become physician to Queen Victoria, and courting not a little controversy on the way.

Banishing the ‘white plague’: innovations in the treatment of tuberculosis

The new Curator’s Curiosities heritage trail starts with an artificial pneumothorax device once used in treating tuberculosis, a disease also known as consumption, phthisis and the ‘white plague’.

One for sorrow: death at the sign of the magpie

On 3 April 1637, at a meeting of the Royal College of Physicians censors, fellow Dr Robert Fludd informed colleagues of his recent investigations into the controversial ‘antimoniall cups ... solde publiquely in Gunpowder Alley, at the signe of the Magpie’.