The Prujean chest, known as a ‘chirurgeon’s storehouse’, is a remarkable collection of 17th century surgical implements used in a time well before anesthesia.

The chest shines a light into the dark period of crude trade where the comfort of anaesthesia and analgesia was unheard of and the harrowing agony of an operation was felt by a very conscious patient. The chest was presented to the RCP by Thomas Prujean, son of the then president Sir Francis Prujean.

Sir Francis Prujean was an eminent London doctor who was president of the College of Physicians from 1650 to 1654. In 1661, Prujean was knighted by Charles II and in 1663 credited with curing Queen Catherine of typhus.

Within the arsenal of renaissance surgical tools were probes and scoops for removing stones, heart shaped equipage for gynaecological investigations and an innocent-looking circular saw for trepanation (the opening of holes in the human skull). All present within the collection. 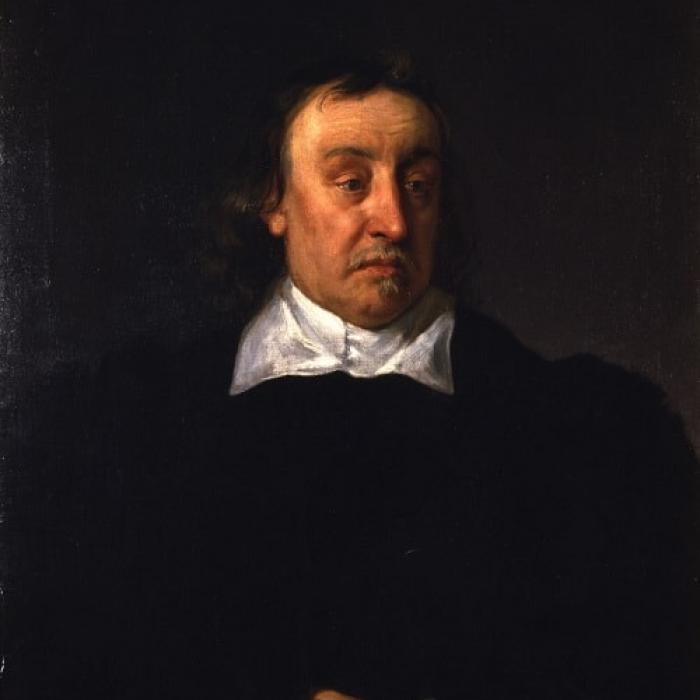 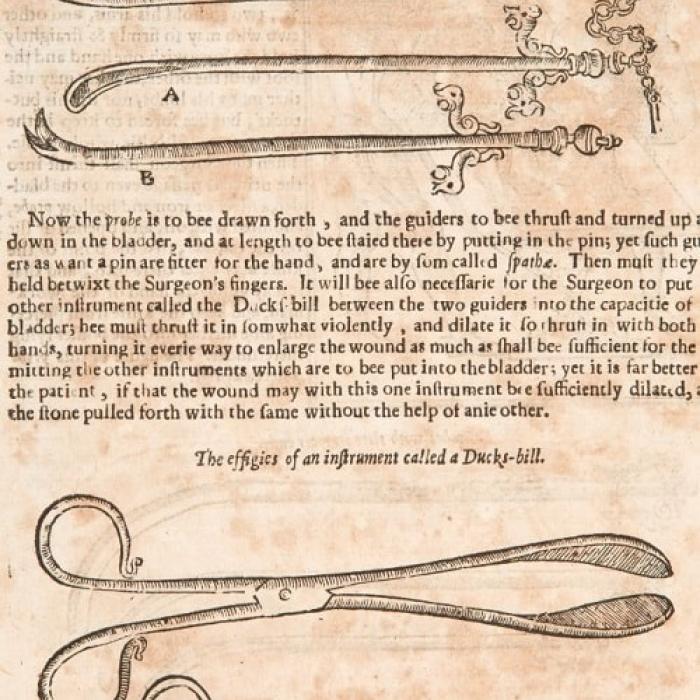 From the works of Ambrose Parey, 1665

The arrival of the Prujean Chest in 1653 was two years after the end of the English civil war. The Commonwealth was about to become Cromwell’s protectorate and rebellion in Scotland was continuing. During these turbulent times, the apparatus concerned with the extraction of bullets may have seen much more frequent action than that of the 101 remaining devices. The chest itself, proved sturdy enough to survive both the Great Fire of London and the Blitz.

Heavy and well-made, the two drop handles on either side of the chirurgeon’s storehouse clearly indicate that it was designed to be carried, probably by a pair of men. Accounts from the time describe similar chests being mounted on carts and carried off to the scene of conflict where military surgeons performed emergency and rudimentary operations on the wounded. 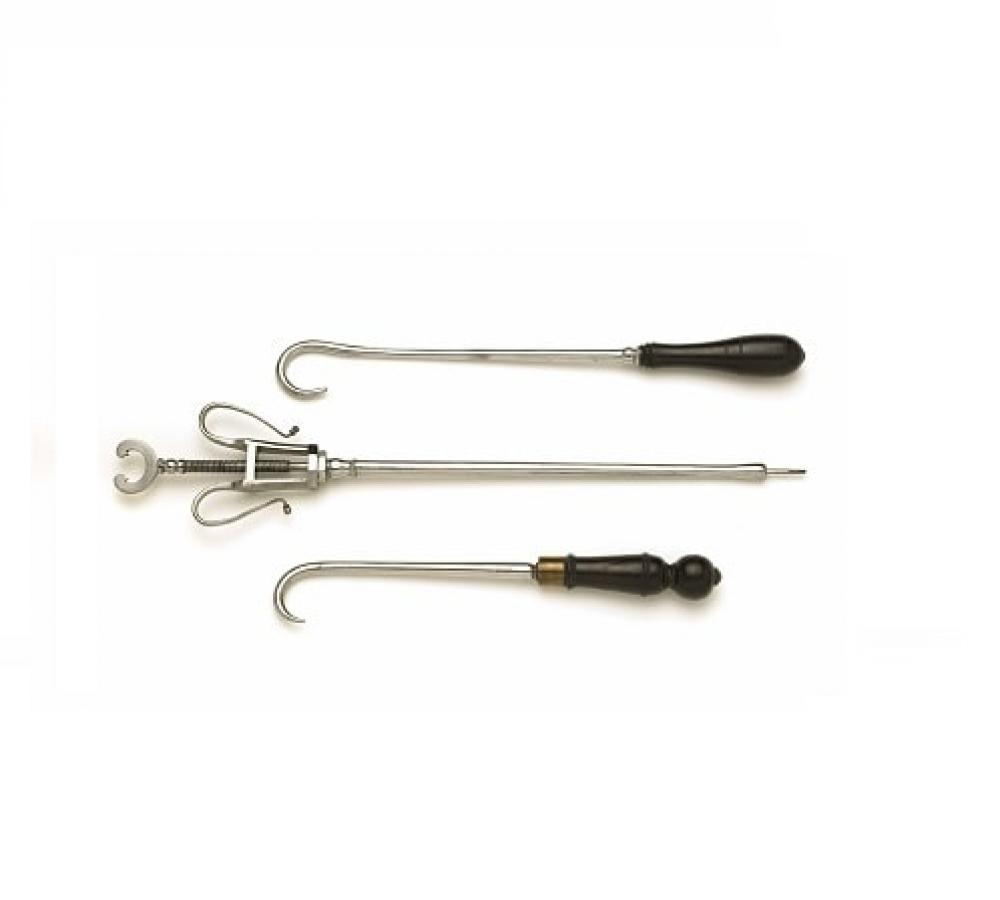 Bullet instruments from the Prujean chest 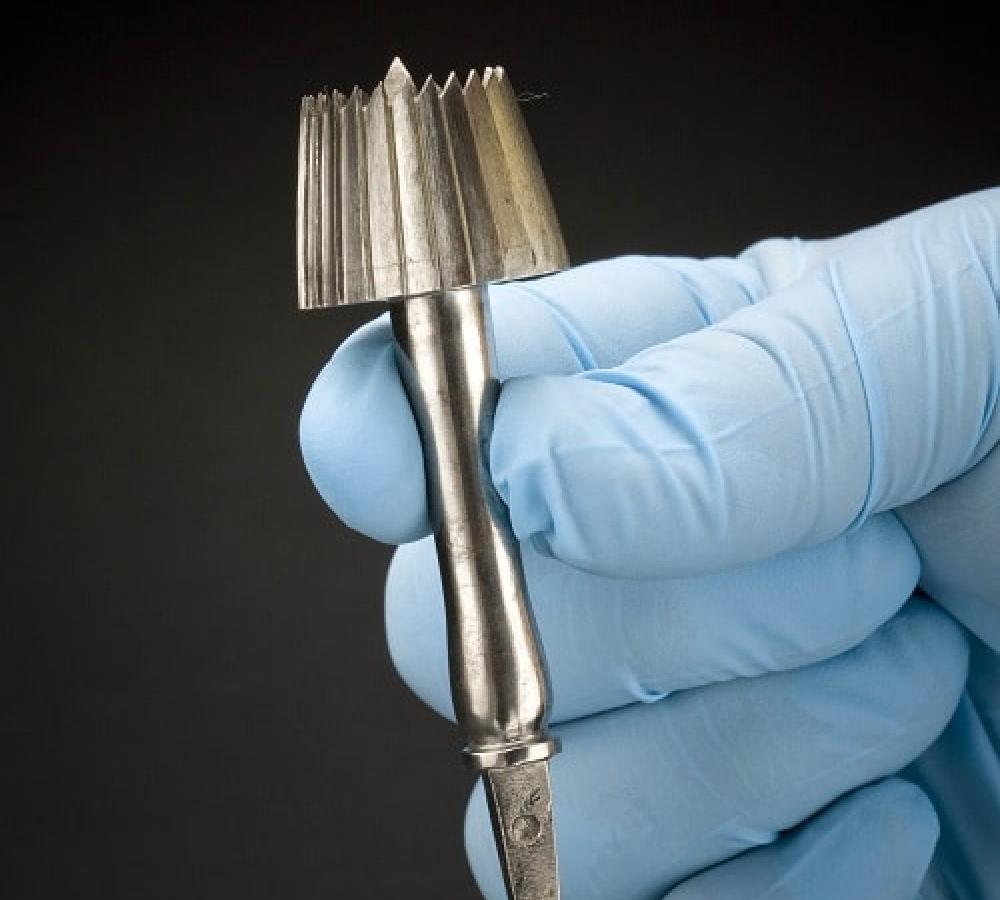 One of the conical crown saw trephines for trepanning. 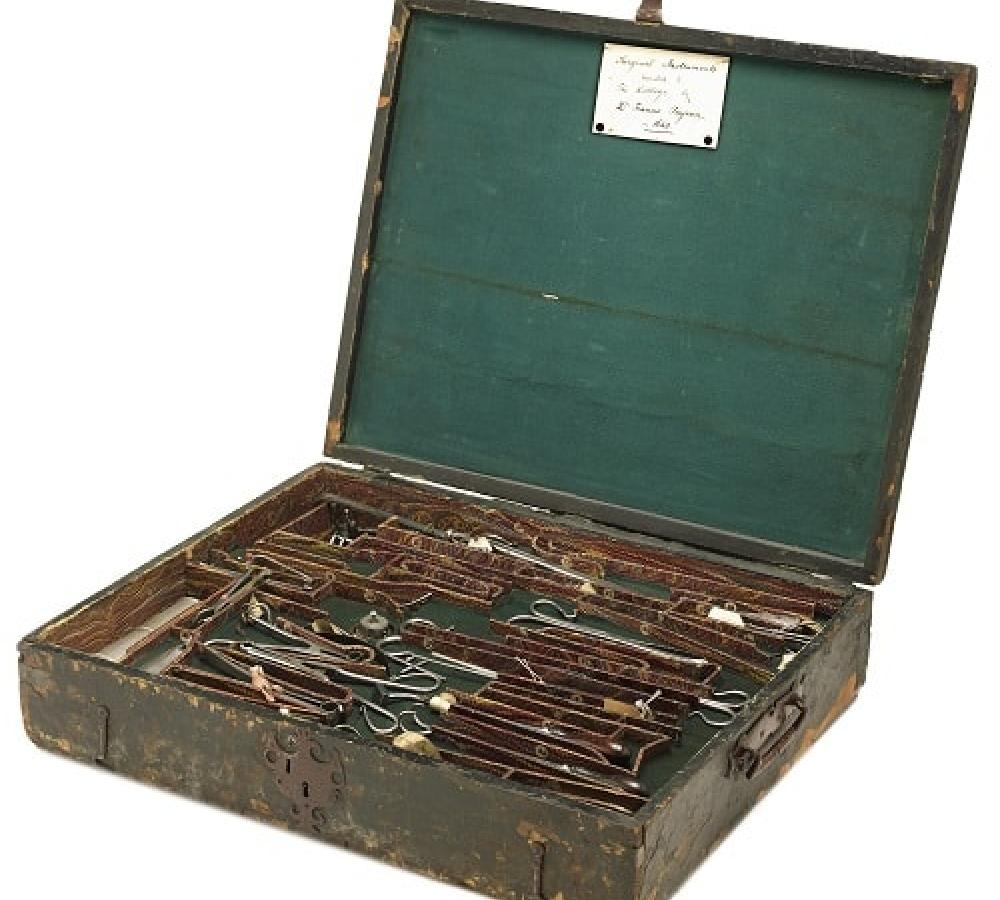 Charles I, executed in 1649 at the peak of the civil war, had worked hard to advance military medicine, going as far as issuing an edict in 1628 for the impressment (effectively the conscription) of barbers and field surgeons.  Although most of us may wince when the contents of the Prujean chest are revealed, modern day surgeons and those who work inside operating theatres often remark on how little the machinery of their metier has changed down the centuries.

We fill'd up the cavity with dossils of lint

How do you dress a gun-shot wound? Surgeons a few hundred years ago were faced with this medical task – without the knowledge and equipment we have today. They were often involved in highly charged and dangerous situations on the battlefield, where the wounds themselves were as messy as their operating rooms.

The precious storehouse of the chirurgeon

Discover the gruesome history of one the RCP museum's star objects, the Prujean Chest.

A hole in the head

The RCP’s Treasures Room has a new display showcasing a rare and rather gruesome array of surgical gadgets dating from the 17th century.