A taste of one's own medicine: medical satire at the Royal College of Physicians 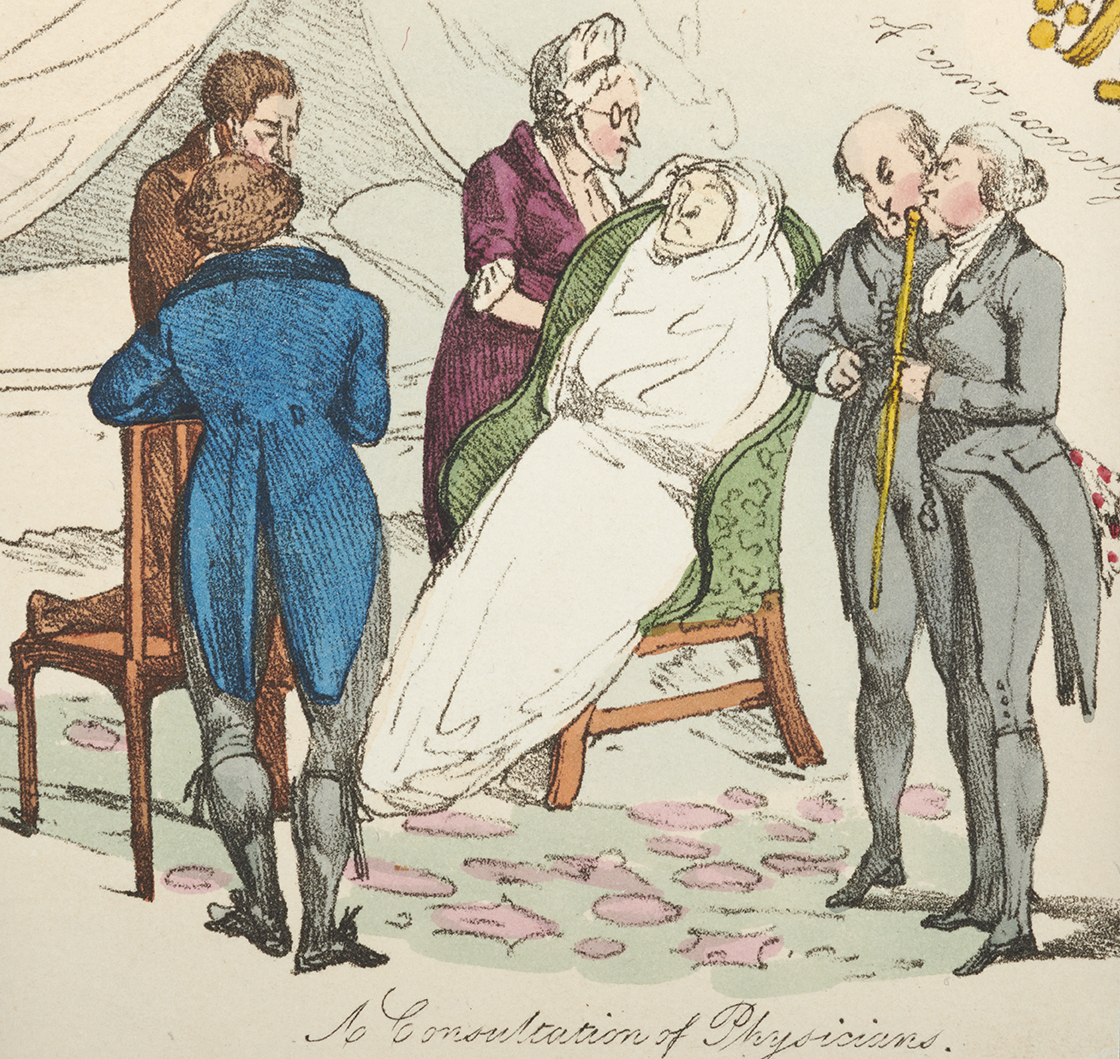 A taste of one's own medicine

Medical satire at the Royal College of Physicians

We see countless satirical images in our everyday lives, from commercial advertisements and newspaper cartoons, to magazine covers and humorous internet memes.

Graphic satire has saturated all levels of society since it emerged as a skilled artform in the 17th century. It developed into a thriving industry in the 18th century, becoming a powerful tool for expressing political and social opinions.

The enduring appeal of satirical images encompassed the wealthy and poor alike. Reproduced in their tens, hundreds or even thousands, prints could be bought by the wealthy from printmakers, viewed in shop windows and later newspapers, and put up in public places such as barber shops, billiard rooms and brothels.

Like many public figures, medical professionals such as doctors, apothecaries and surgeons were targeted by satirists and caricaturists. These artists used public opinion and personal agendas to ridicule, reprimand and malign their subjects and the work they were involved in.

The Royal College of Physicians (RCP) cares for a unique collection of medical satire prints from the mid-18th century to the 1980s, selected and given by doctors and members over its 500-year history. Like all satire, these prints are closely tied to a particular time and place. They responded to contemporary events and were consumed by audiences who understood the circumstances of their creation.

Join us as we explore the diverse social, political, and historical contexts in which our satirical prints were produced, and seek to decipher the complex narratives they contain.

satire, n. A work of art which uses humour, irony, exaggeration or ridicule to expose and criticise prevailing immorality or foolishness, especially as a form of social or political commentary.

caricature, n. Grotesque or ludicrous representation of persons or things by exaggeration of their most characteristic and striking features.

lampoon, n. A virulent or scurrilous satire upon an individual.

A taste of one's own medicine online

See a selection of the exhibits from the physical exhibition held at the Royal College of Physicians from 3 May until 2 Dec 2022. 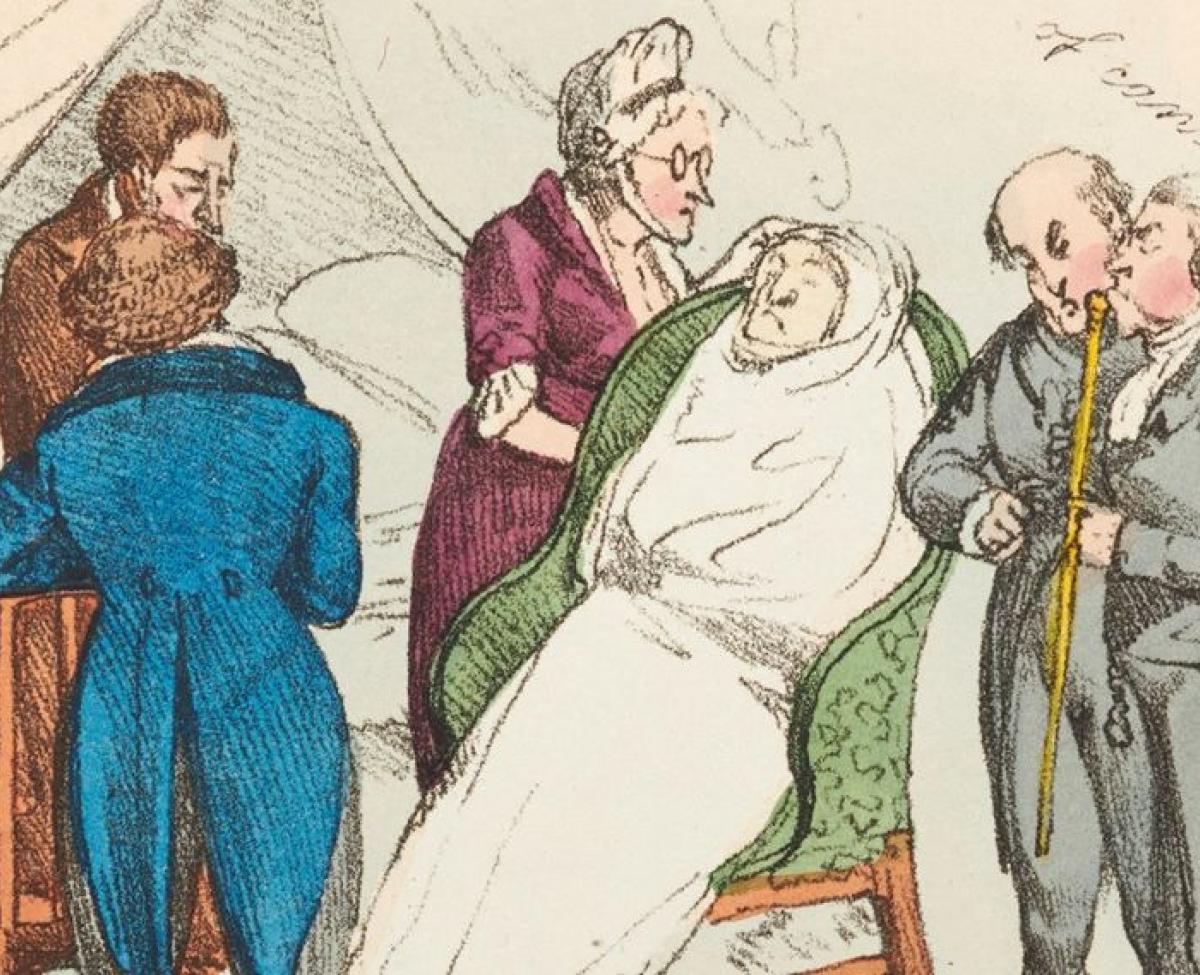 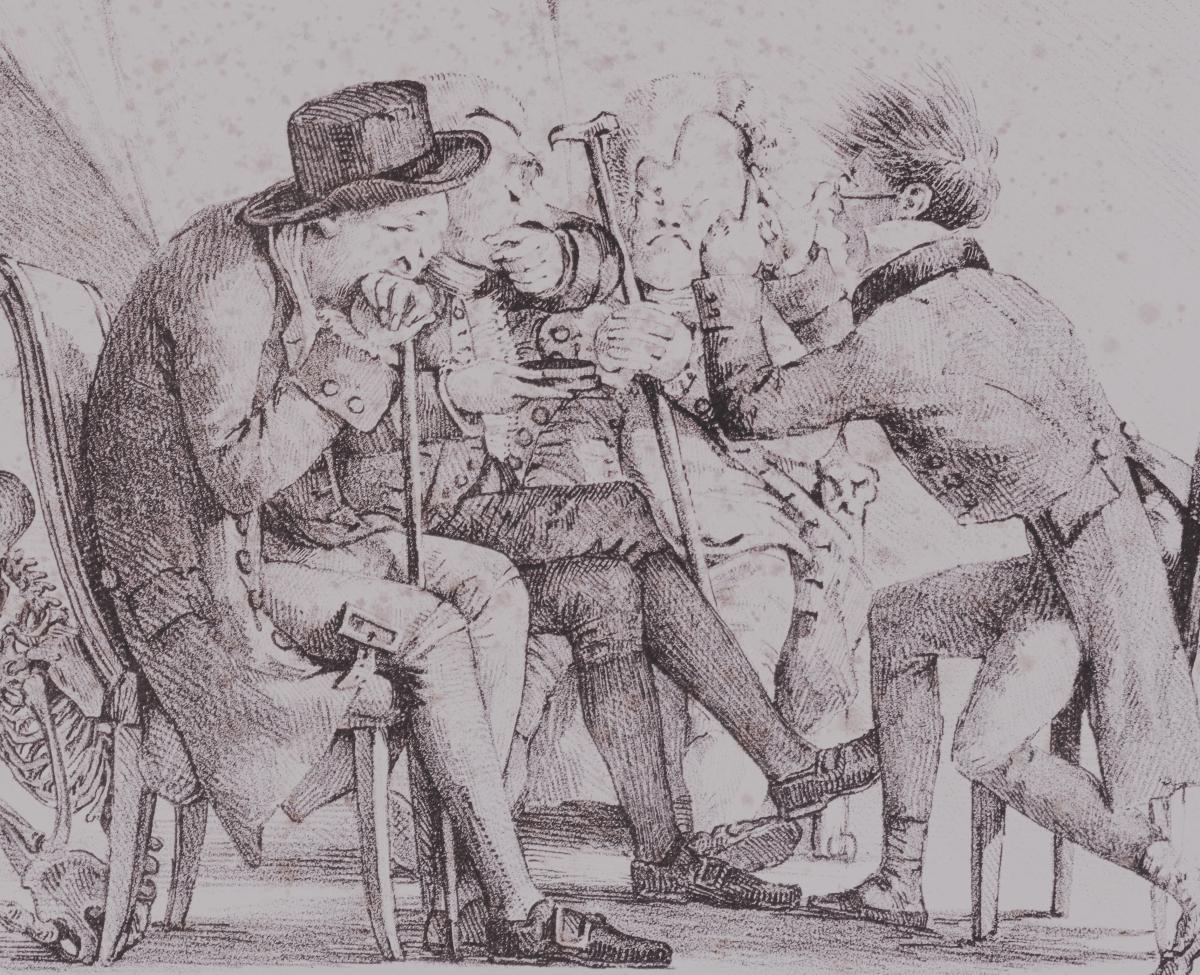 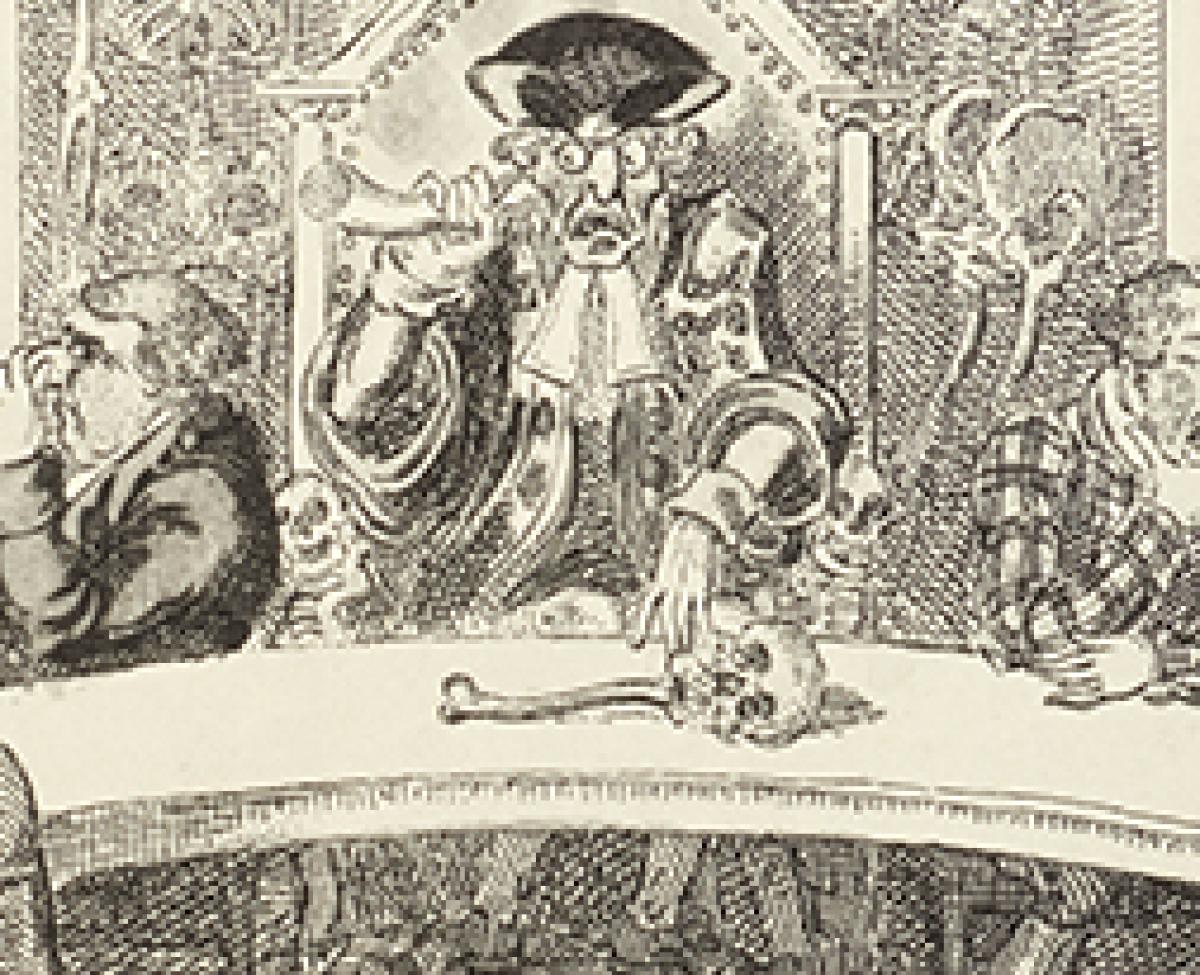 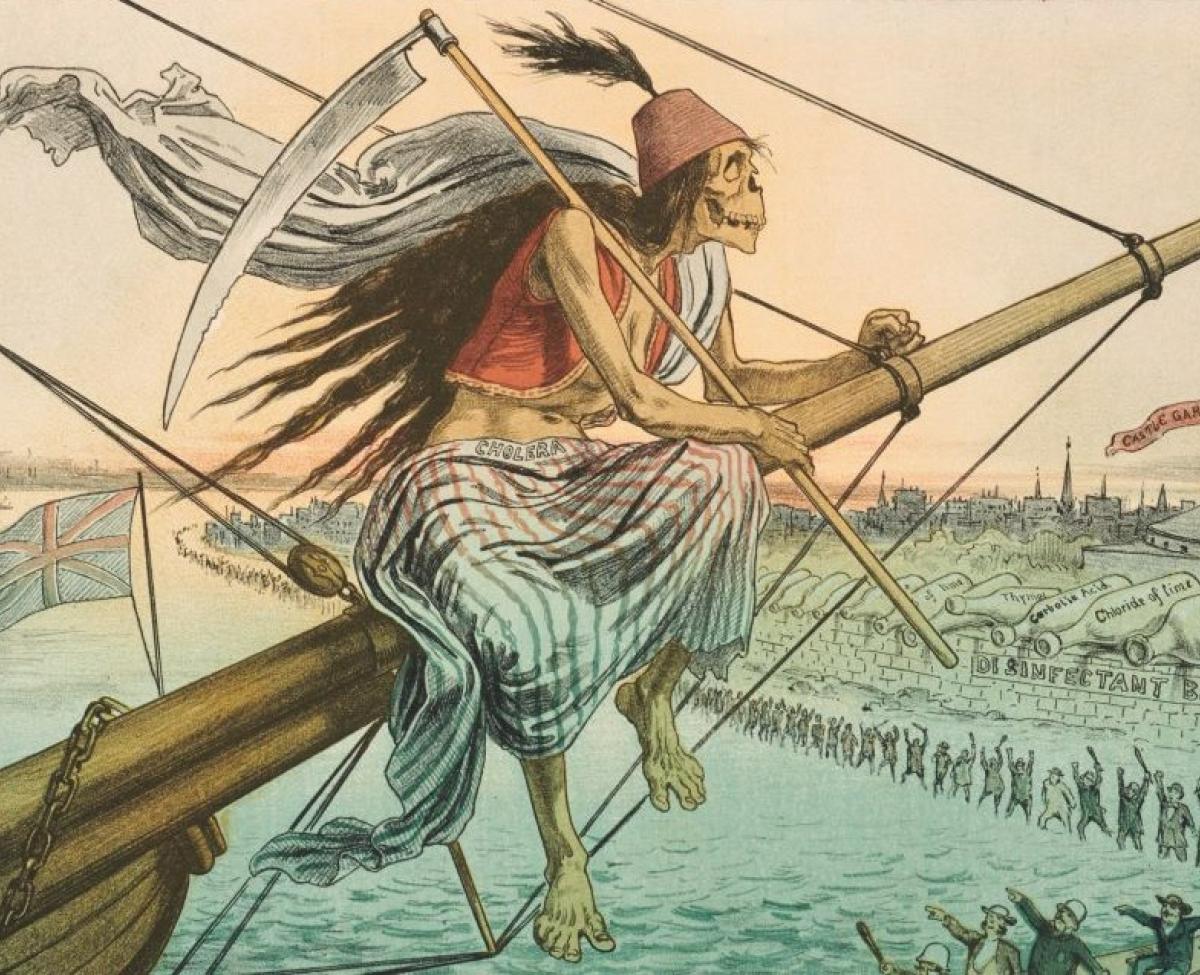 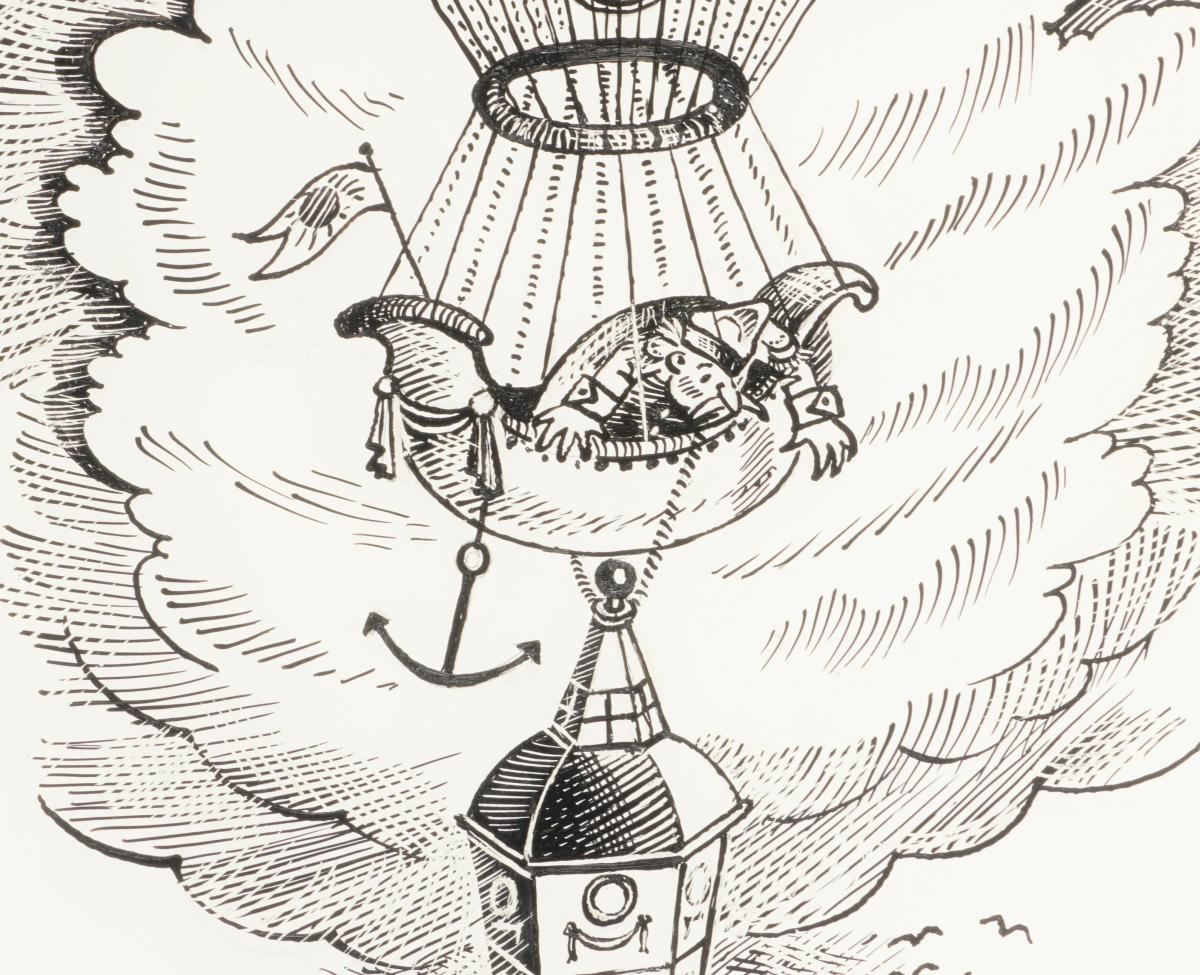 The RCP in medical satire 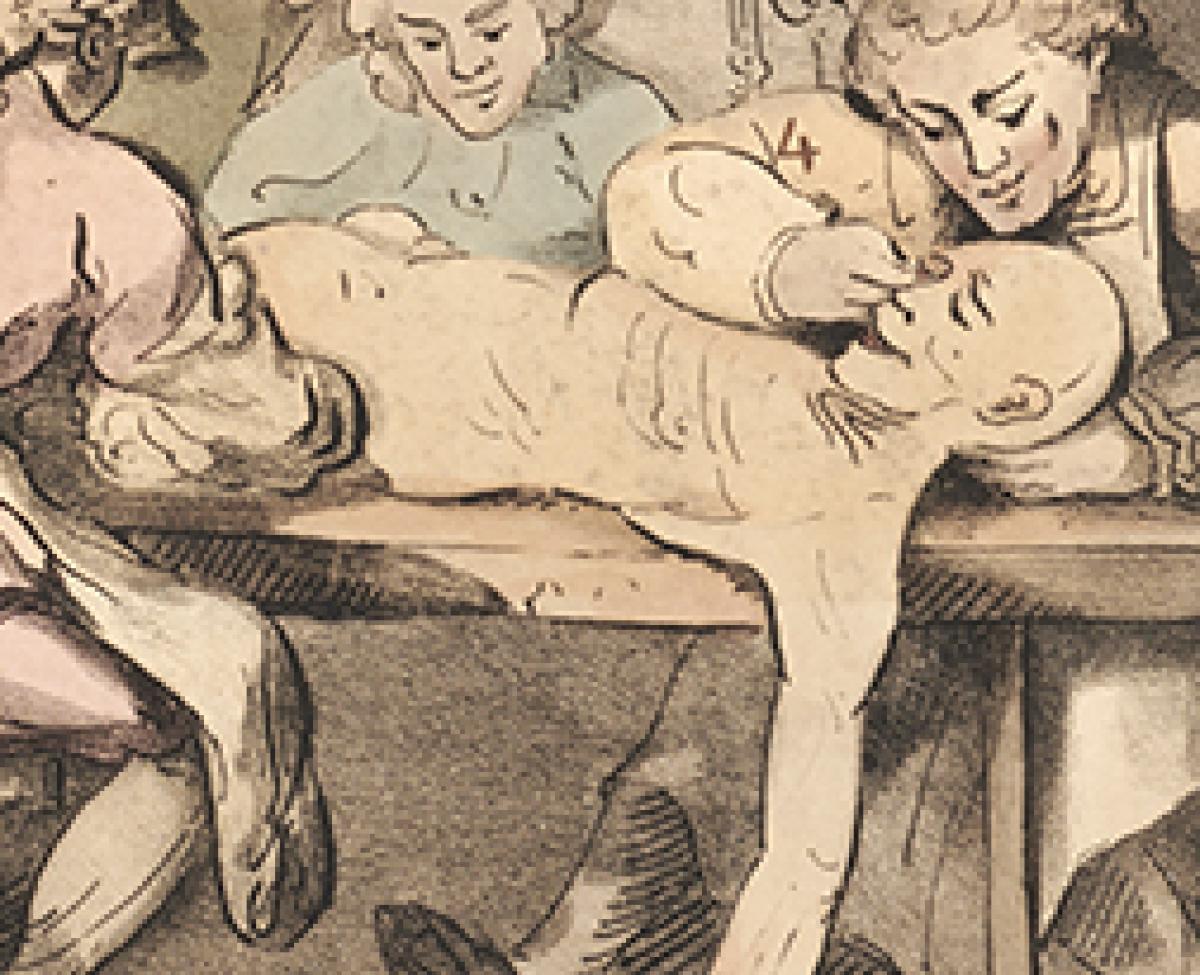 Join us for a series of in person, online and hybrid events to accompany our new exhibition, A taste of one’s own medicine.

This event programme is made possible with support from Art Fund.

If you enjoyed the exhibition, please consider supporting us. Every donation helps us to keep providing you with exciting events and fascinating online content.

To donate, visit the RCP’s donation page. Select the ‘other’ option to support the ‘Heritage Museum’ with a suggested £5 donation or however much you feel able to give.