Skip to main content
A little spark may yet lie hid: physicians and the Royal Humane Society

A man recuperating in bed at a receiving-house of the Royal Humane Society, after resuscitation by W. Hawes and J.C. Lettsom from near drowning, PR15301

In this dramatic scene, a young man has just been rescued from drowning and is in bed recovering. His concerned family look on and a father figure is praying. Two well-dressed doctors are propping up the patient and comforting the family. These figures are physicians, William Hawes and J C Lettsom, two members of the Royal Humane Society.

The Royal Humane Society (RHS), formerly known as ‘Society for the Recovery of Persons Apparently Drowned’, was established in 1774 by physicians William Hawes and Thomas Coggan. Medical reformer - and the best paid physician of his day - John Coakley Lettsom was also an early founding member. 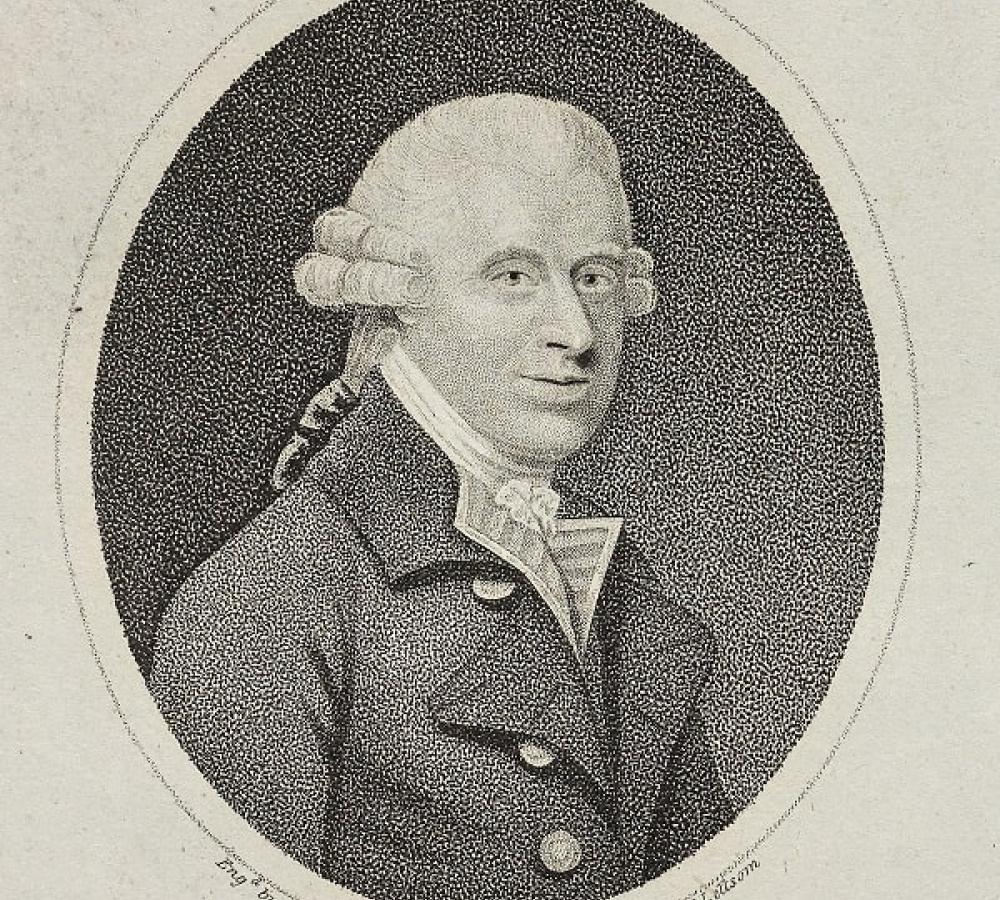 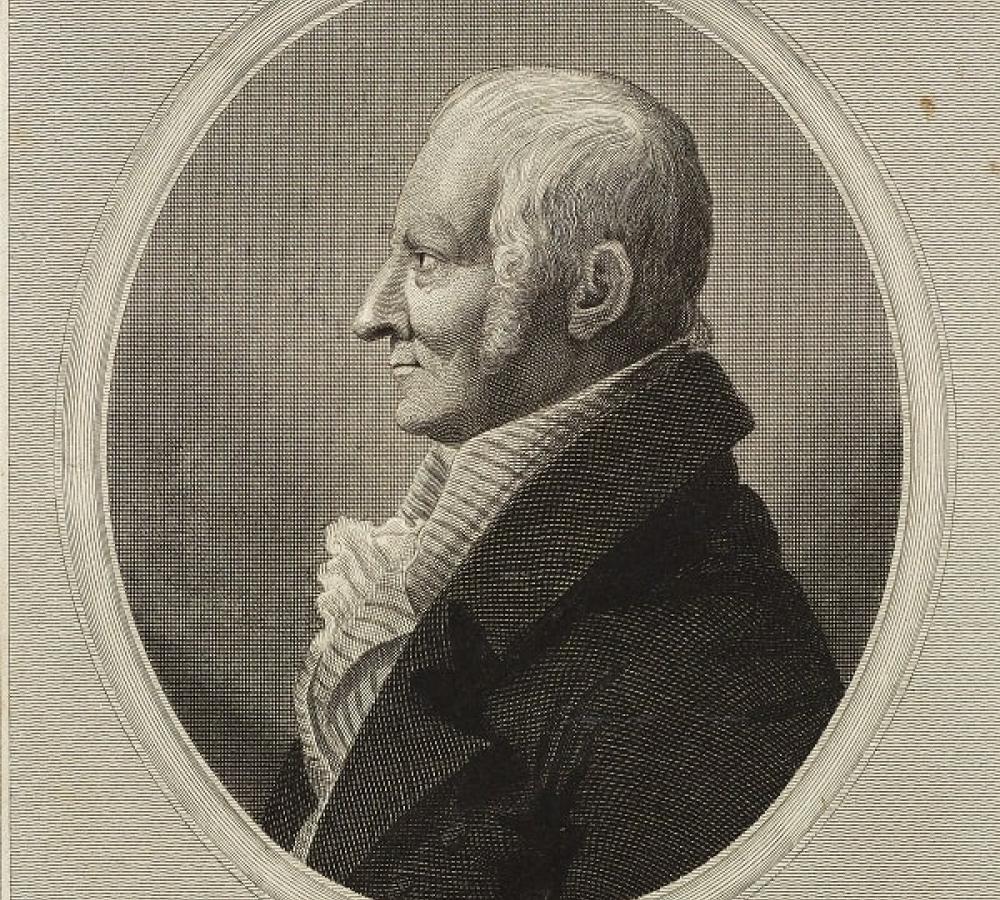 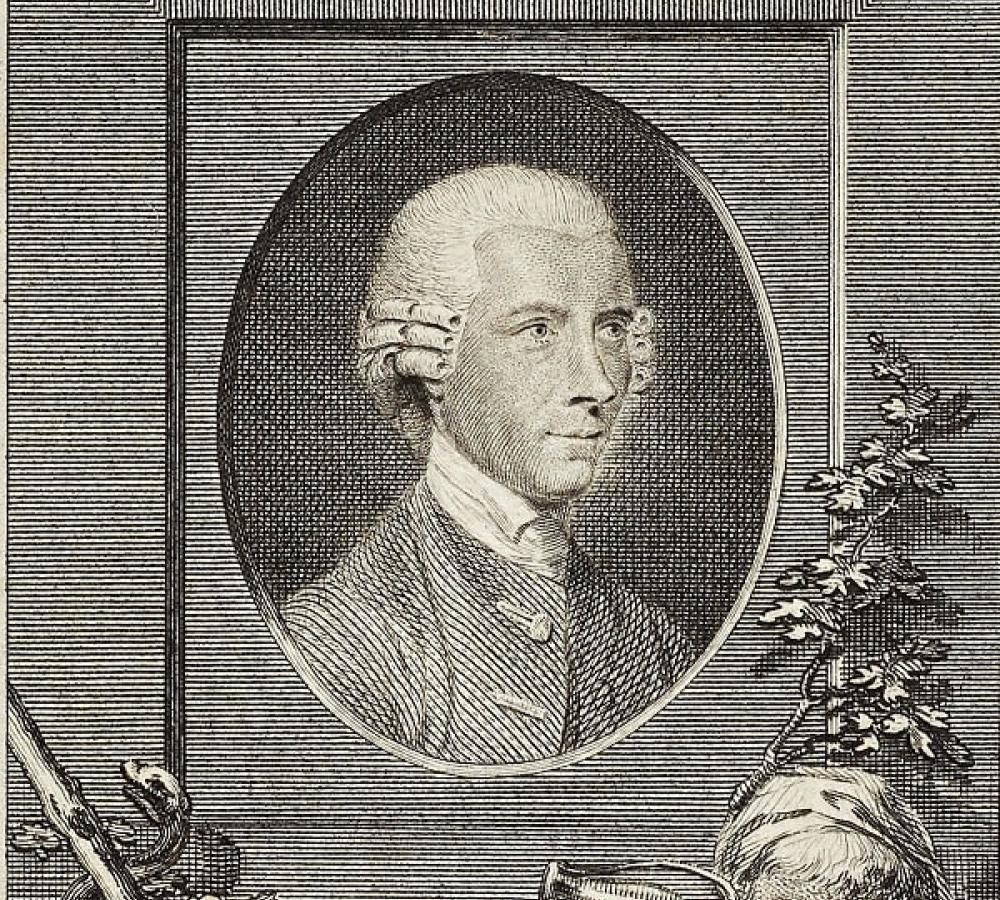 The RHS aimed to promote the science of resuscitation and to rescue people from drowning and other near fatal accidents. Medals and prize money were awarded to those who had attempted resuscitation, with grander medals and sums of money awarded if the patient survived.

The medals were engraved with the motto of the RHS, 'Peradventure a little spark may yet lie hid' (Lateat scintillula forsan). A cherub figure on the medal is shown trying to revive the embers of a fading life.

The idea for the RHS charity was based on other European humane societies that aimed to share resuscitation techniques as well as funding accommodation for people recovering from drowning. In the busy waterways of London and Amsterdam where many people worked in shipping but surprisingly few could swim, the risk of accidental drowning was much higher than today. The young man in the print is recovering from drowning in a ‘Receiving House’ funded by the RHS.

Having to motivate and reward people to rescue others may strike us modern readers as fairly callous. But to understand the incentives, you need to think like a London bystander of the 1700s. If a person were to fall, or perhaps jump into a waterway, there would be both social and financial reasons why a stranger may not choose to assist. Firstly, as very few people could swim at this time, it may have been assumed that the drowning person had no hope of rescue. Secondly, resuscitation techniques were primitive and not yet widely promoted. Financially, many people couldn’t afford the cost of nursing a stranger back to health, or the potential funeral bill if they were to die in their house. Furthermore, if the drowning victim were believed to have attempted suicide, which was a criminal act in the 1700s, there was also a strong prejudice against helping them. There were also religious beliefs that opposed resuscitation, as it was seen as subverting the divine will of God. The RHS recognised that both medical advancement and greater public support were needed if lives were to be saved.

While Fothergill’s endorsement of mouth to mouth resuscitation is uncannily similar to modern methods, he also recommended rolling the patient on a barrel before attempting respiration by mouth or bellows. This was presumably intended as a stimulus to the patient but was thankfully soon discredited.

The Edinburgh Surgeon, John Hunter (1728 – 1793) similarly endorsed the use of bellows if a person had been recovered from water relatively quickly. However, for longer periods of submersion, patients may receive various stimulus into their bodies via stomach or rectum. Tobacco smoke enemas were a common resuscitation technique but were finally discredited when the toxicity of nicotine was proven in the early 1800s. Bloodletting and tickling with a feather were similarly ineffectual.

The use of electricity was also endorsed by the RHS but without a hugely scientific understanding of how or why it worked. The physician James Curry was sponsored by a local Humane Society and wrote the book, Observations on apparent death. Curry’s book was one of the first to attempt to distinguish between real and apparent death, and to describe resuscitation techniques.

Gaining public and royal support for the charity was vital to promoting the cause of the RHS. Hawes was an astute charity fundraiser. If you were to write to him, you would likely receive a card issued by the RHS. A surviving example, printed in about 1786 includes the following instructions:

I. As soon AS THE OBJECT is got out of the water; a great coat or two of the

bystanders should be wrapped round the body; which is to be carefully

conveyed to the nearest receiving house.

II. IN COLD OR MOIST WEATHER the body is to be laid on a mattrass or bed

near the fire; but in Summer on a bed only; it is then to be thoroughly

dried with warm flannels; and as pure air is essential to the return of life,

not more than six persons are to be present.

III. APPLY the pipe of a common sized bellows up the nostril, and blow

with some force, closing the other nostril and mouth, while a third person

gently presses the chest with his hands as son as the lungs are inflated. –

Other assistants are to rub the body gently with Salt; flannels sprinkled

with rum or geneva, and foment the breast, &c. with hot brandy; a heated

moved up and down the back; bottles of hot water, heated tiles or bricks

(covered with flannel) are to be applied to the soles of the feet, palms of the

hands, &c. The temples may be rubbed with hartshorn, the nostrils tickled

with a feather; and snuff, or eau de luce, often applied…

The RHS gained popular support in magazines such as The Gentleman’s Magazine and also literature intended for women readers including cookery books. The charity was dramatized in melodramatic plays, depicted in romantic genre paintings, and attracted sermons from famous clergy. The Humane Society gained its Royal prefix in the 1780s and found a popular royal patron in the Princess of Wales.  In 1798, the Princess led one of the Society’s most dramatic annual publicity stunts, which was the annual procession of the ‘grateful resuscitated’ or people who had been rescued from drowning or attempting suicide.  This tradition continued into the 19th century, with the Freemason’s hosting the procession and banquet in the 1840s.

An interesting footnote from history, the political writer and feminist, Mary Wollstonecraft, mother of Frankenstein author Mary Shelley, was herself rescued from drowning during a suicide attempt. In her depression, Wollstonecraft complained that ‘I have only to lament, that, when the bitterness of death was past, I was inhumanly brought back to life and misery’. Her ‘inhumane’ treatment may well refer to the unwanted efforts of the Humane Society in rescuing her. 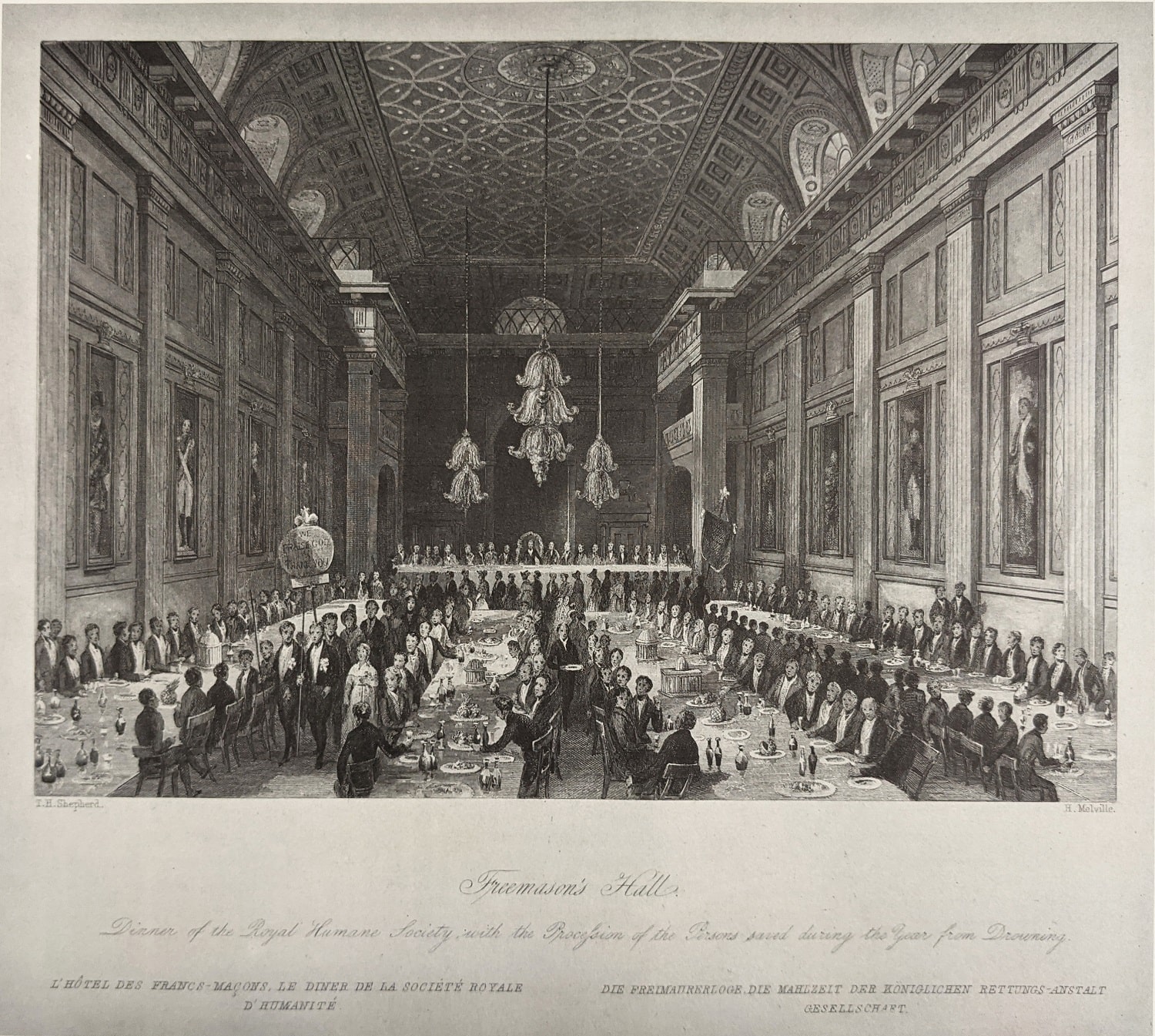 Freemasons’ Hall: Dinner of the Royal Humane Society with the procession of the persons saved during the year from drowning, PR15300

The RHS attracted the support of many famous medical practitioners through donations, research and actual rescue attempts. William Heberden (1710 – 1801) was a subscriber from the first year and the royal physician Sir John Pringle (1707 – 1782) was a donor. John Coakley Lettsom (1744 – 1815) remained a keen supporter and even carried out rescues as seen in the first image.

The RHS claimed that more than 3000 people had been saved through its campaigning by the time of Hawes’ death in 1808.

From the success of Hawes and Cogan’s model, humane societies were exported around the world. The charity still exists today, honouring those who make rescue attempts. Famous medal winners include the Tsar of Russia, Alexander I, Isambard Kingdom Brunel, and my personal favourite, Dracula author, Bram Stoker.