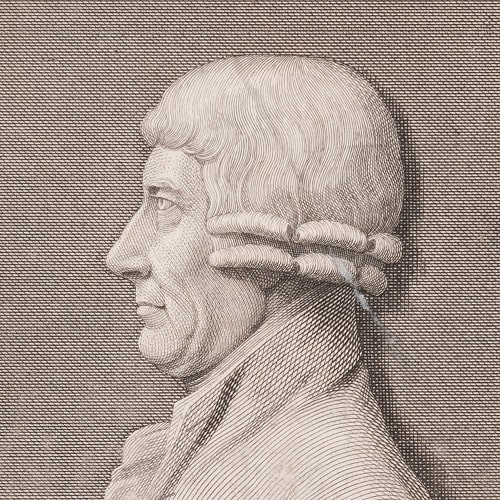 John Coakley Lettsom, M.D., was born in the small island of Little Vandyke, near Tortola, in December, 1744, and when only six years of age was sent to England for his education. Fortuitous circumstances threw him on landing in the way of Mr. Fothergill, a well-known preacher among the Society of Friends, and brother to the celebrated London physician. By his advice young Lettsom was sent to a school near Warrington, where Mr. Fothergill resided, then kept by Mr. Thompson, where he remained for several years. Selecting medicine as his profession, he was placed by Mr. Fothergill, who, in cod sequence of the death of Lettsom’s father, had become his guardian, with Mr. Sutcliff, of Settle, in Yorkshire. On the termination of his apprenticeship Lettsom came to London, where he remained two years attending medical lectures and the practice of St. Thomas’s hospital. He then returned to Vandyke to take possession of a property which devolved upon him by the death of his father and elder brother, the latter of whom, having contrived to run through an ample fortune in a few years, left but little of the estate, except a number of slaves, to be inherited by his successor. Lettsom’s first act on landing was to emancipate the whole of his slaves, a noble piece of conduct, which, while it did honour to his heart, left him worse than penniless, and with nothing to depend upon but his profession. He settled at Tortola, commenced practice, and became so extensively employed, that in a short space of time he accumulated sufficient means to return to England, and by further study qualify himself for the office of physician. He visited Edinburgh, and attended the lectures of Dr. Cullen, of whose views on the causes, nature, and treatment of fever, he very freely availed himself in his earliest publication, "Reflections on the General Treatment and Cure of Fevers," and, as he made no reference to the source from which he derived them, in a way to create an unfavourable idea of his candour. From Edinburgh he went to Paris and Leyden, and at the last-named university proceeded doctor of medicine 29th June, 1769. He then settled in London, with the undeviating friendship and good wishes of his guardian, Mr. Fothergill, and, through his efforts, with the warm patronage of Dr. Fothergill, then in very full business in the city. Dr. Lettsom was admitted a Licentiate of the College of Physicians 25th June, 1770, a fellow of the Society of Antiquaries the same year, and a fellow of the Royal Society in 1773.

The recommendation of Dr. Fothergill, who about this time withdrew from the city to Harpur-street, Red Lion-square, soon introduced Dr. Lettsom into practice; his interests were warmly cared for by the Society of Friends, his co-religionists; and his marriage shortly after, with a lady of good means, placed him in a position to command success. For many years he enjoyed the largest medical business in the city. Of his real merits as a practitioner we know but little, but of his character as a philanthropist it is impossible to speak too highly. The name of Lettsom was to be found associated with every project for the public good; he was on terms of friendship with most of the distinguished characters of his day; and from all parts of the kingdom, from the colonies, and America, he received the most flattering proofs of the estimation he had excited. His life has been written by Mr. Pettigrew, and to it I may refer for ample details of his career. The doctor died at his house in Sambrook-court, Basinghall-street, on the 1st November, 1815, and was buried in the Friends’ burial-ground, Little Coleman-street, Bunhill-row.

Dr. Lettsom was a fellow of the College of Physicians of Edinburgh, and of the Royal Society of that city; fellow of the Linnæan Society, and of the Medical Society of London; physician extraordinary to the City of London Lying-in hospital, and to the General dispensary, Aldersgate-street; honorary member of the Literary and Philosophical societies of Manchester and Philadelphia; of the Agricultural society of Bath, and of the Academy of Sciences of Montpellier. His portrait was painted and engraved by W. Skelton.

Lettsom's son Pickering married Ruth Georges shortly before his death in 1808. Ruth's grand-father had left her a slave-derived fortune. When she died shortly after Pickering, Ruth left her fortune and estate to her father-in-law, Lettsom, rather than her own children. The bequest was contested and it was only shortly before Lettsom's own death in 1815 that the court ruled in his favour. The estate, which included over five hundred enslaved people was sold at auction in 1825.