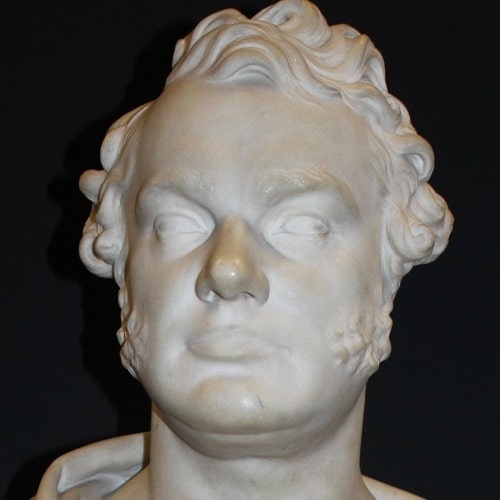 Thomas Addison, M.D., was descended from a family of yeomen who had been settled for many generations at Lanercost, in Cumberland. He was the younger son of Joseph Addison, who was in business at Long Benton, near Newcastle, where the future physician was born in April, 1793. His father, a grocer and flour dealer, a man of enlarged views, gave his son the best elementary education within his reach, and aspired to start him in life, on a much higher social level than his own.(1) He was designed by his father for the law, but his own predilections led him to medicine. He was sent in the first instance to a school kept in a roadside cottage by one John Rutter, the parish clerk, from whom, some years later, Robert, the son of George Stephenson, received his elementary education, whilst his father was enginewright at the neighbouring Killingworth collieries. Addison was afterwards removed to the grammar school of Newcastle-on-Tyne, during the mastership of the Rev. Edward Moises, A.M., and is said to have particularly distinguished himself there by his acquirements in Latin. He went next to Edinburgh, passed through the usual course of medical studies there, and graduated doctor of medicine 1st August, 1815 (D.M.I. de Syphi-lide).

Dr. Addison then came to London. Fortunately his father had by this time the means, as he had from the first the desire, to afford his son every possible advantage for acquiring a knowledge of his profession. The opening out of collieries in the parish had largely increased his business, and he had become rich for his station. Soon after Dr. Addison’s arrival in town he was appointed house surgeon to the Lock hospital. About the same time he entered as a pupil of Dr. Bateman at the Public dispensary (to which institution he was himself subsequently physician), and there laid the foundation of that accurate knowledge of skin disease which he was known to have possessed. He was admitted a Licentiate of the College of Physicians 22nd December, 1819, and a Fellow 4th July, 1838.

About the year 1820 Dr. Addison entered as a pupil of Guy’s hospital, with which institution his life as a physician was thenceforth inseparably connected. He never succeeded to, nor indeed did he seem solicitous of large private practice and its coincident emoluments, indeed he was by nature and manners unfitted for it. But he was well qualified for the business of teaching, whether in the lecture room or in the wards of the hospital. He was for many years acknowledged as the spirit which influenced the medical doings at Guy’s hospital, and to Addison is due in great measure the prominent character which the medical department of that institution has of late years held in public professional estimation. He was appointed assistant physician to Guy’s hospital in 1824, lecturer on Materia Medica in the hospital school in 1827, and in that capacity his success was so great that his emoluments from this source alone are said to have amounted to seven or eight hundred pounds a year. In 1837 Dr. Addison became full physician to the hospital, and was associated with Dr. Bright in the lectures on the practice of medicine. He continued working at the hospital until his health gave way. He resigned his office there, and withdrawing from London to Brighton died there 29th June, 1860.

He was buried at Lanercost abbey, in Cumberland, and on the western wall of the abbey is a tablet bearing the following inscription:—

In memory of Thomas Addison, M.D.,
Fellow of the Royal College of Physicians, London,
and late President of the Royal Medico-Chirurgical Society of
England.
He was during 37 years Physician and Lecturer
at Guy’s Hospital, London,
the duties of which position he performed in a manner
to secure to himself eminence in his profession,
and the gratitude of his numerous pupils.
To his talents and industry
that school is mainly indebted
for the celebrity it has attained.
He died 29th June, 1860, aged 68 years.
His body is interred near the north eastern comer of
the adjoining churchyard.
This tablet is erected by his widow
Elizabeth Catherine Addison, March, 1862.

Dr. Addison was chiefly remarkable among his contemporaries for the minute accuracy of his diagnosis, in which important point he had few equals and no superior. "Possessing unusually vigorous perceptive powers, being shrewd and sagacious beyond the average of men, the patient before him was scanned with a penetrating glance from which few diseases could escape detection. He never reasoned from a half discovered fact, but would remain at the bedside with a dogged determination to track out the disease to its very source for a period which often wearied his class and his attendant friends. To those who knew him best his power of searching into the complex framework of the body and dragging the hidden malady to light, appeared unrivalled, but that great object being accomplished, the same energetic power was not devoted to its alleviation or cure."(2)

Dr. Addison’s fame with posterity will mainly rest on his discovery of the heretofore unsuspected disease of the supra renal capsules, which now bears his name, Morbus vel Melasma Addisoni, a brief but lucid and masterly description of which he gave to the world in 1855. But of more practical value and of scarcely less originality were his contributions to the anatomy and pathology of the lungs, to pneumonia, pneumonic phthisis and phthisis. "To those," writes Dr. Wilks,(3) "who knew Addison, it is almost absurd to rest his fame on a discovery made towards the close of his career, and when his clinical teaching had reached its end. To his pupils the essay on Supra Renal Disease is nothing compared with what he did during a long series of years in the elucidation of the forms of phthisis and some other diseases. It was not a mere scientific discovery, but his powerful lectures which impressed the last generation of Guy’s men. Whilst to us his work on Supra Renal Disease is a trifle, to the outside world and to posterity it may be that which will perpetuate his fame." Dr. Addison’s merits and memory have been duly honoured at "Guy’s," the sphere in which he laboured and where he shone. His bust by Joseph Towne, an admirable likeness, the offering of his colleagues is in the Pathological Museum.(4)

One of the medical wards in the new portion of the hospital is named after him; and in the chapel of the hospital there is a marble tablet with the following inscription :—

In memory of
Thomas Addison, M.D.,
for 36 years Physician and Lecturer at this Hospital,
who died 29th June, 1860, aged 68 years.
Whilst earning for himself by his discoveries
a distinguished place in the records of Medical Science,
he no less effectually secured,
through the able and zealous discharge of his duties
at this Institution,
the attachment and esteem of the Patients and the Students.
As Lecturer, he attracted the admiration,
and won the confidence of the latter by his profound
knowledge and earnest eloquence.
As Physician he was beloved by the former
for the unwearied attention and kindness with which
he devoted his eminent talents to the
cure of their ailments
or the relief of their sufferings.

Every feature of Addison’s face, says his friend Dr. Lonsdale, was well defined, and comported well with his finely proportioned massive head. He had dark hair, large eyebrows, and eyes of deep hazel colour ; his nose was pronounced, his lips full and voluble and rather special in action, and his chin firm and broad ; and his general physiognomy was stamped with vigour and unmistakable character throughout. He had a deep penetrating eye, not educible by sculpture, or perhaps pictorial art, that became full of life and light when engaged in debate. The more active cerebral manifestation found expression in his eyes and a certain muscular movement of the lips, a facial expression difficult to define in a man of such emphatic character. Though looked upon as a proud and haughty spirit, Dr. Addison was nervous and timid. Others as well as myself have heard him say that he never addressed a meeting, even of the Physical society at Guy’s, where he was surrounded by his pupils, without being more or less disconcerted on first rising. Dr. Wilks, the esteemed colleague of Addison, properly observes: In what degree a resoluteness of expression and an undue energy of manner is unconsciously adopted to cloak a covert physical nervousness, no one but the wearer of the cloak can fully estimate. We have reason to know that Addison suffered most acutely from this physical enervation. No doubt Addison was credited with great physical and moral energy without recognising that a quick, hasty, and impassioned manner of expression is not unfrequently the result of a deficient controlling power. We know that his mind was to the last degree susceptible, and that, although wearing the outward garb of resolution he was, beyond most other men, most liable to sink under trial. We lay some stress upon this peculiarity for the purpose of vindicating his character from the unamiable spirit which we have heard sometimes laid to his charge.(5)

This was to have been a conjoint work by Drs. Bright and Addison, but it is well known that the greater part, if not the whole of this, the only volume of the work which appeared, was from the pen of Dr. Addison. Dr. Bright’s portion was to have been later on in the work.

But some of Dr. Addison’s most original and valuable writings are among those he contributed to the Guy’s Hospital Reports, especially those on the anatomy of the lungs; on pneumonia and its consequences; and on the pathology of phthisis. These with some of his other writings, have been published by the New Sydenham Society in one volume, with the title—
A Collection of the Published Writings of the late Thomas Addison, M.D., Physician to Guy’s Hospital. 8vo. Lond. 1868.

Dr. Addison was the author of—
An Essay on the Operation of Poisonous Agents upon the living Body (conjointly with Mr. John Morgan). 8vo. Lond. 1829.
Observations on the Disorders of Females connected with Uterine Irritation. 8vo. Lond. 1830.
The Elements of the Practice of Medicine. Vol. i. 8vo. Lond. 1839.
On the Constitutional and Local Eifects of Disease of the Supra Renal Capsules. Plates. 4to. Lond. 1855.