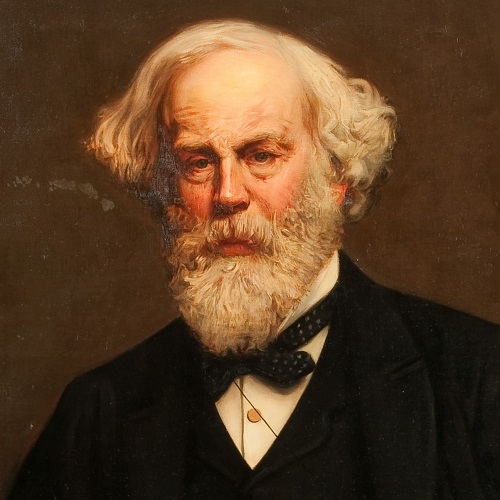 Samuel Wilks was born in Camberwell, the second son of Joseph Barber Wilks, a cashier in the East India Company, by his wife Susannah Edwards, daughter of William Bennett of Southborough, Kent. After attending Aldenham School and University College School, he was apprenticed to a general practitioner in Newington and then, in 1842, began his long and memorable association with Guy’s Hospital. He qualified in 1847 and, after a brief trial of general practice, decided to become a consultant. In 1853 he became physician to the Surrey Dispensary, where he was able to confirm the separate identity of typhoid and typhus fevers, newly established by Jenner; and he also held an early appointment at the Infirmary for Children, Waterloo. In 1856 he was elected assistant physician to Guy’s, where he had previously filled resident posts. He was made full physician eleven years later and consulting physician in 1885, and he was also, successively, demonstrator of morbid anatomy, lecturer on pathology and lecturer on medicine.

It was through his recognition of the importance of pathology, as evinced by his contributions to Guy’s Reports, which he edited from 1854 to 1865, and by the publication of Lectures on Pathological Anatomy in 1869, that Wilks first made his name in the medical world. The Lectures had two subsequent editions, in 1875 and 1887, in the first of which Moxon collaborated, and further Lectures on the Specific Fevers and on Diseases of the Chest and Lectures on Diseases of the Nervous System appeared in 1874 and 1878 respectively. Wilks also made valuable additions to the medical knowledge of syphilis, Bright’s disease, Addison’s disease and Hodgkin’s disease.

Many honours followed his election as F.R.S. in 1870. He was chosen to preside over the Pathological Society from 1881 to 1883. A member of the Senate of London University, he represented the University in the General Medical Council from 1887 to 1896. In the latter year he was elected President of the Royal College of Physicians, where he had already served as Censor, Harveian Orator (1879) and Vice-President (1890), and he held the office for three years; he was awarded the Moxon Medal in 1897. 1897 was also the year of his baronetcy and his appointment as a Physician-Extraordinary to the Queen.

Wilks was a general physician of high ability and remarkable powers of observation, and the fact that his practice was not of the fashionable kind was no doubt due to his habit of speaking his mind. Individuality and independence, tempered by a whimsical sense of humour, were the marks of his character. His teaching, with its breadth of view, was suited more to the thoughtful senior student than to the uncomprehending beginner. Guy’s was his foremost interest till the end of his days. He wrote, in conjunction with G. T. Bettany, a Biographical History of Guy's Hospital (1892), which showed an uncommon concern for the truth, avoiding the adulatory style of contemporary obituaries which once prompted him to remark sardonically, "I wonder if any medical man ever died who was not possessed of all the virtues". His own Biographical Reminiscences were published in his last year. Wilks himself was well informed on all matters scientific, literary and political, and his abounding interest in every aspect of life remained alive in old age.

He married in 1854 Elizabeth Ann, daughter of Henry Mockett of Seaford and widow of Richard Prior, M.R.C.S, to whom he had been apprenticed as a youth. He died at Hampstead where he had lived since retiring in 1901.