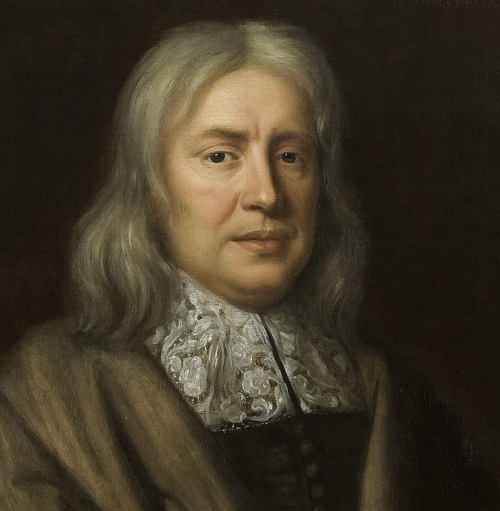 Thomas Sydenham, MD - The personal history of this great man is involved in unusual obscurity. The earliest biographical notices we have of him are singularly scanty; and of the additions subsequently made, many, undoubtedly, have been the result of misapprehension, and others are as clearly apocryphal. How little is really known of Sydenham's personal history, may be seen from Dr Gordon Latham's admirable Life of this great practical physician.

Thomas Sydenham was born at Winford Eagle in Dorsetshire, in 1624, and was the son of William Sydenham, by his wife Mary, daughter of John Geffery, of Catherstone, in the same county. In 1642, at the age of eighteen, he was entered a commoner of Magdalen hall, Oxford. He left the university, however, shortly after his admission, and it is generally admitted he did so for military service, and that on the side of the Parliament, a cause warmly espoused by all his family. About the year 1646, being then in London, on his way to Oxford, with the intention of renewing his studies, but without any settled views as to a profession, Sydenham met with Dr Thomas Coxe, then in attendance on his brother, William Sydenham, and by the advice of that physician was induced to apply himself to medicine. He returned to Magdalen hall, was actually created bachelor of medicine, 14th April, 1648, without having taken a degree in arts, and was soon after put in by the visitors, as a fellow of All Souls college, in place of an expelled royalist. He apparently remained at Oxford, in the enjoyment of his fellowship, for some years, though he is stated, on doubtful authority, to have visited Montpelier. If he really did so, it was probably, as Dr Gordon Latham thinks, during a long vacation.

Some time previous to 1661, but the precise period is uncertain, Sydenham removed to town, and settled in Westminster. He presented himself before the Censors of the College of Physicians in the spring of 1663; was examined 24th April, 8th May, and the 5th June, and was admitted a Licentiate 25th June, 1663. In the early part of the year 1666 Sydenham came before the public as an author, in a work entitled "Methodus Curandi Febres, propriis observationibus superstructa." This was favourably noticed in the Philosophical Transactions; was the same year reprinted at Amsterdam, came to a second edition, amended and enlarged by a distinct essay on the plague, in 1668; and reappeared much enlarged, and on a more comprehensive plan in 1676, under the title of "Observationes Medicæ circa Morborum Acutorum Historiam et Curationem." Other treatises followed, which will be specified in the sequel. On the 17th of May, 1676, Sydenham proceeded doctor of medicine at Cambridge, as a member of Pembroke college; his reason for doing so in that university, rather than at Oxford, being probably, as suggested by Dr Latham, that his eldest son had two years previously been admitted a pensioner of Pembroke. Sydenham, through a considerable portion of his life was a great sufferer from gout, to which were superadded the torments of renal calculus, which, in its turn, led to copious hæmaturia. He died at his house in Pall Mall 29th December, 1689, aged 65, and was buried in James's church. A tablet with the following inscription was there erected by the College of Physicians in 1810:-(1)
Prope hunc locum sepultus est
THOMAS SYDENHAM,
Medicus in omne ævum nobilis.
Natus erat AD 1624,
Vixit annos 65.
Deletis veteris monumenti vestigiis,
ne rei memoria interiret,
hoc marmor poni jussit Collegium
Regale Medicorum Londinense, AD 1810,
optimè merito.

Sydenham left three sons, the eldest of whom, William, became a physician, and a Licentiate of the College. For his use and guidance Sydenham drew up the "Processus Integri."

Scanty as are these particulars, they constitute the whole on which reliance can be placed. Sir Richard Blackmore's oft-quoted anecdote, of Sydenham's recommendation of Don Quixote as the best book for a student of medicine, I have purposely omitted, believing it to be utterly valueless. Another statement, coming to us on the authority of Dr Harris, and purporting to give Sydenham's reason for not writing on diseases of the head, I have little hesitation placing in the same category. I cannot, however, allow Dr Lettsom's remarks on Sydenham's position in the College of Physicians, that of a licentiate and not of a fellow, to pass without comment or animadversion.

Sydenham had the degree of bachelor of medicine conferred upon him in 1648, but did not proceed doctor till after a lapse of eight and twenty years - namely, on the 17th May, 1676 - a fact which, of itself, may be regarded as conclusive, that his mind, engrossed in the diligent observation of disease, laid but little store on academical or collegiate honours. Long ere Sydenham settled in London, he was of sufficient standing at Oxford to have proceeded doctor; he was content, however, with the minor degree, and, as such, was, by the statutes of the College of Physicians, inadmissible as a Candidate, and, à fortiori, as a Fellow. The licence was all the College could grant him; and that, as we have seen, he received 25th June, 1663. Up to the year 1676, then, the College, supposing them so inclined, could not, by their bye laws, have admitted Sydenham a fellow; and even at that period the initiative must have been taken by him, and a re-examination submitted to. This, from the facts above stated, we may well imagine he declined to do; and a careful examination of the Annals enables me positively to assert that he never sought admission to the fellowship. His waning health may perhaps, have been one reason. The year after he took his doctor's degree he suffered more severely than at any prior period. "For the first three months of the year 1677," says Dr Latham, "Sydenham was prevented practising by a severe attack of the gout and hæmaturia; the three next months he passed in the country for the sake of recruiting; in autumn he returned to London."

Equally unable am I to discover any grounds for the assertions of Dr Lettsom as to the envy and enmity of the Fellows, and their attempts to banish Sydenham from the College. That Sydenham had opponents, even enemies, among his cotemporary physicians, his own reiterated statements forbid us to deny. There is, certainly, no reason to suppose that such feelings attached peculiarly to the Fellows of the College, - much less that it influenced them in their collegiate capacity. On the contrary, whenever Sydenham is mentioned in the Annals, it is in terms of respect and esteem. On the 7th October, 1687, application was made for permission to print a second edition of the "Schedula Monitoria." The entry on this occasion shows none of those feelings which have been attributed to the College by Dr Lettsom; indeed, the word "lubentissimè" is peculiar; neither it, nor a word of equal force, being met with in reference to the works of any of his cotemporaries: "Dr Sydenham, Schedulæ suæ Monitoriæ cum additionibus secundam impressionem meditatus, bibliopolam Dominum Kettleby ad Censores misit ab illis licentiam imprimendi impetratum, quam lubentissimè accepturus erit, modò, uti fas est, Schedula illa Censoribus ante diem Veneris sequentem perlegenda tradatur." That Sydenham's position, as a Licentiate, a circumstance which has given rise to such varied comment in modern times, was due to himself alone, seems clear from the facts above adduced; a conclusion borne out by Sir William Browne, who, intimately acquainted with some of Sydenham's cotemporaries, and not improbably personally known to the great physician's son, William Sydenham, may be presumed to have had good grounds for the following statement. Speaking of the order of Licentiates, he says, "It was a title high enough to content the great Sydenham, our British Hippocrates, to his death. Nor did he think it an indignity to his doctor's degree, or to the university that conferred it; nor did be chuse to exchange it for a higher - so remarkable was his modesty as well as his ability - although our Society would have received with open arms one who was so great an ornament to it even as a Licentiate - one who must have added lustre even to its highest honours".(2)

In the College there are three portraits and a fine bust of Sydenham. The portrait in the Censors' room was presented to the College 19th October, 1747, by Sydenham's grandson, and was painted by Mary Beale, an artist of considerable reputation towards the end of the 17th century, one of whose sons studied physic under Sydenham himself, and subsequently practised with reputation as a physician at Coventry.(3) The second portrait was presented by Sydenham's son, William Sydenham, MD, in June, 1691. The third, very inferior to the other two, was given by Mr Bayford in 1832. The bust was erected at the expense of the College, in obedience to the following vote: "30 September, 1757. The College agreed to erect a busto of Dr Sydenham in their Cænaculum, the expense not to exceed one hundred pounds, and appointed a committee to take care of the business. The Committee to be the President (Dr Reeve), the Treasurer (Dr Wilbraham), the Registrar (Dr Lawrence), Dr Askew, and Dr Akenside".(4)

It now remains to enumerate Sydenham's writings. The "Observationes Medicæ," his largest work, I have already mentioned. A MS supposed to be the original in English of the Observationes Medicæ, is in the College. It was presented by Mr Paul Vaillant 17th November, 1795.(5)

Sydenham's collected works have been repeatedly published. The last, and by far the best edition, is that by Dr Greenhill, issued by the Sydenham Society in 1844.

[(1) 1809, September 30. A motion was made and seconded, "That it be referred to the College officers, with the addition of Dr Heberden, to consider of the propriety of placing in St James's church some memorial of the late Dr Sydenham, who was buried in the south aisle of that church, and had formerly a stone placed on the pavement to mark the place of his interment, but which by time has been obliterated; and during the repairs of the building, a few years ago, has been entirely lost," which passed in the affirmative.
(2) Vindication of the Royal College of Physicians, p17.
(3) "1747, Nov. 6. Dr Harding having on the 19th October last (being the day on which the Harveyan Oration was spoken) bought an original picture of Dr Thomas Sydenham, drawn by Mrs Mary Beale, as a present to the College from his grandson, Mr Theophilus Sydenham, the same was that day accepted, and Dr Harding desired to return thanks for the College."
(4) In the Treasurer's book I read: 1758, Nov.18. To Mr Wilton for the marble busto of Dr Sydenham and putting it up in the great room £73 0s 0d. To ditto for the model of the said busto £5 5s 0d.
(5) "1795, Nov. 17. The President (Sir George Baker) communicated his having received an original manuscript in English of the Medical Observations of Dr Sydenham from Mr Paul Vaillant, and the thanks of the College were directed to be sent to him for this present." Annales, vol. xvi, p182.]