Skip to main content
Mary Beale, artist, and a portrait of Thomas Sydenham

While preparing our new exhibition This vexed question: 500 years of women in medicine, we’ve also been seeking out other, not necessarily medical, women in our collections. Today we take a look at the painter Mary Beale.

In June 1691, William Sydenham (d.1738) presented a painting of his distinguished father, Thomas Sydenham (1624–1689), ‘the English Hippocrates’, to the Royal College of Physicians. The portrait had been painted by Mary Beale (1633–1699), one of the first women in England to earn her living as an artist. Sydenham and Beale were neighbours in Pall Mall, London and were part of a close circle of friends who helped, supported and influenced one another during the years following the Restoration in 1660. 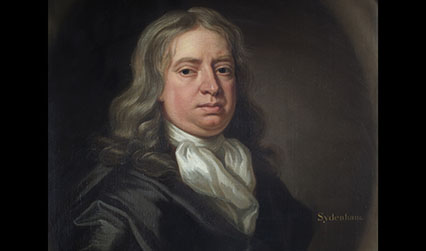 In Beale’s painting of Sydenham, he’s wearing loose, anonymous robes and a plain white cloth at his neck. There’s nothing to indicate he’s a physician, no props to show his profession. And she hasn’t flattered him: Sydenham is middle aged, his longish hair is grey, he has a double chin and a fleshy face. Beale has painted her friend with honesty and humanity – this is definitely a portrait of an individual, a considered observation of a character. We also get a sense of a specific moment in time, an encounter, when the painter and her subject sat opposite one another and the painting was created.

As Tabitha Baker has argued, Beale’s ideas about friendship are reflected in her honest, closely-observed approach to painting. Her only known writing (apart from a 250 word note on how to paint apricots) is a brief Discourse on friendship written to her friend Elizabeth Tillotson and now in the British Library. As a Puritan, God-fearing woman, Beale believed friendship to be a semi-divine state with the power to restore a wife to the position of ‘equal dignity and honour’ with her husband, a position lost after the Fall. She believed she could learn from her friends, emulating their virtues but also recognising their failings. In her paintings, she captures individual character – faults as well as the ‘dignity, purity and virtue from which others could benefit’ (Baker).

What we know about Mary Beale is known through her connections; she appears tangentially in the writings of her family and friends. The poet Samuel Woodforde lived with her and her family, and wrote a diary. More significantly, her husband Charles Beale, who was her studio manager and with whom she shared an unusually equal relationship, left a series of notebooks, outlining the practice of his ‘Deare Heart’ and the operation of her workshop. Just two of these notebooks survive – one in the Bodleian Library, the other at the National Portrait Gallery. 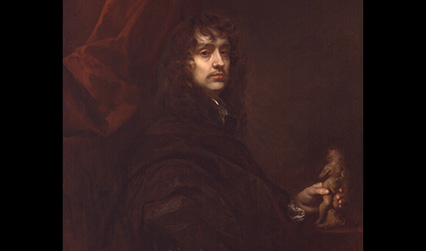 We know she was born in Barrow, Suffolk, in 1633, the daughter of the Puritan rector, John Craddock, and his wife Dorothy Brunton (or Brinton), but it’s uncertain how – or if – Beale trained as an artist. She may have been taught, at least initially, by her father, who was a keen amateur artist and in July 1648 became a freeman of the Painter-Stainers’ Company. The family also lived near Bury St Edmunds, which in the 17th century was a thriving centre for art and culture: she may have been instructed there by a now unknown artist. Her name has also been linked to Robert Walker, chief portrait artist of the Parliamentarians, and to Sir Peter Lely (1618–1680), the Royal painter, her near neighbour when she moved to London, but there is no evidence she was taught by either man. She cultivated a friendship with Lely and on at least one occasion he allowed her to watch him paint, but there is no record of her having been his pupil. Like many artists, she may have been largely self-taught, developing her own skills over several years. 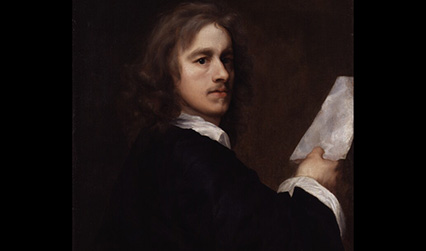 Her first mention as an artist is in 1658, when she was included in a list of female painters in Graphice…or the most excellent art of painting by Sir William Sanderson, but it wasn’t until 1670 that she and her husband established her first professional studio and Beale was launched, probably by family circumstances, into the unconventional role of breadwinner. In 1652, she married Charles Beale and they settled in Covent Garden in London and had two sons. Charles at first worked at the Patents Office, but lost this post in around 1665 for uncertain reasons. The family escaped London (and the plague and Great Fire) and moved to Allbrook in rural Hampshire, but five years later they were back in London, setting up the professional studio in Pall Mall, St James’s, presumably in need of generating an income. 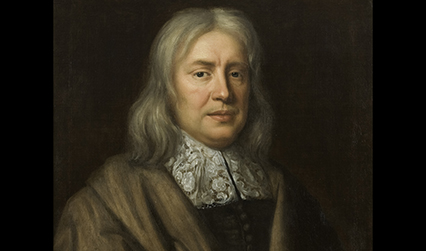 Beale soon attracted a wide clientele from among the gentry, professionals, family and friends, particularly the Puritan clergy. From Charles’ notebooks we know some of the details of her workshop, her commissions and transactions. A three-quarter length portrait would cost £10; a smaller head and shoulders £5. If an expensive pigment was used an extra 10 per cent was charged. Pictures were also painted ‘in little’ – on a small scale – at the same rate as the full-size equivalents. She also produced copies of Lely’s paintings and made replicas of her own works to sell to several clients. The Royal College of Physicians has a second portrait of Sydenham, donated by his grandson Theophilus in 1747 – this is probably a version of an original painting by Beale now in the National Portrait Gallery, and may have been painted by Beale herself.

As Tabitha Baker has pointed out, it wasn’t unusual for women in the 17th century to operate in trades and crafts, take on apprentices and manage family businesses, but Mary Beale is only the second woman we know of to make a living in England as an artist (the first, Joan Carlile (1600–1679), briefly set up a professional studio in London in the 1650s). 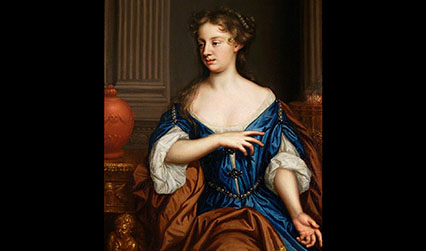 Beale may have benefitted from the overall easing of social conventions which followed the Restoration, led by the example of the relaxed (and morally lax) Charles II. She was able to operate in a precarious position somewhere between a dutiful (god-fearing) woman, who belonged in the home, and in a novel, public role as a businesswoman. First, as Helen Draper shows, she was careful to cultivate a firm reputation as a ‘virtuous woman’ – her Puritan respectability was established even before she set up her studio. She was beyond reproach. She was also careful to locate her art-making within the home, the ‘female environment’ women were expected to occupy. Her ‘paynting roome’ was in the house, her art-making an extension – a by-product almost – of the hospitality she extended to her wide circle of friends. Her sittings became ‘an integral part of the entertainment offered by the family’, with sitters almost invariably staying on for dinner (Walsh).

The connections Charles and Mary Beale had with their neighbour, Thomas Sydenham, demonstrate this Restoration blurring of public and private, business and pleasure. Sydenham lent the couple money, mentored their son Bartholomew (who entered the medical profession), sat for several portraits and no doubt often joined them afterwards for a hearty supper, a convivial discussion and a good gossip.

The following sources were used in writing this post: