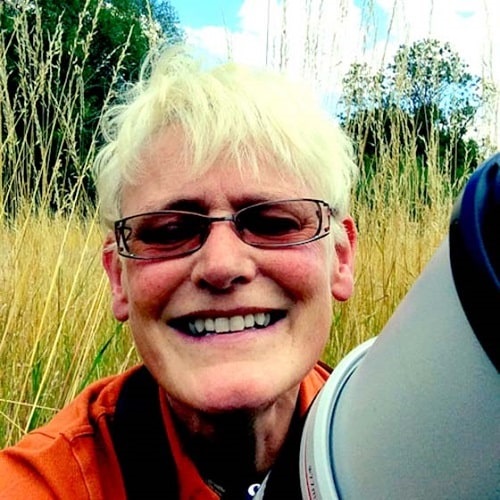 Sarah Walters was a senior lecturer in public health and epidemiology at the University of Birmingham. She was born in 1958 in Carshalton, Surrey, the daughter of Willie Holmes Walters, a company secretary, and Annie Elizabeth Walters née Pearce, a civil servant. At that time, children with cystic fibrosis (CF) rarely lived much beyond two years of age. Partly because she was still alive, she was not diagnosed until she was ten. At 12, she was given two years to live. Rather than giving up hope, she and her parents determined to push on and achieve, despite her having such a serious medical condition.

It had been tradition among the girls in the Walters family that they would become nurses. At a meeting with Sarah, her parents and the head of year from her secondary school, Sutton High School for Girls, this idea about becoming a nurse was mooted to the teacher. The teacher retorted: ‘Don't be ridiculous! She is far too clever to be a nurse! She will become a doctor!’ Despite the efforts of her parents to reign in what seemed a crazy idea, Sarah’s mind was set: she would study hard and become a doctor. This was at a time when nobody with cystic fibrosis, nor indeed any other serious medical condition, had ever become a doctor.

She applied to several medical schools and they all refused, despite her having excellent A level results. She decided to do a degree in microbiology at the University of Surrey, got a first, and then went back to the medical schools. She had spent three years proving a point, and they still said no! Sarah could be a very determined and persuasive person and, after lots of perseverance, St George’s Medical School in London accepted her. She thought they were very brave, as it was unprecedented. She knew they were watching her, expecting her to fail. Sarah, being the person she was, made sure she didn’t. She qualified in 1985 with a distinction.

She worked as a senior house officer in chest medicine at Brompton Hospital, London, and then as a registrar in general medicine at the Good Hope Hospital, Sutton Coldfield and a registrar in respiratory medicine at East Birmingham Hospital. From September 1989, she was a registrar and then a senior registrar in public health medicine for the West Midlands Regional Health Authority. In 1992, she was appointed as a lecturer at the University of Birmingham, setting up the masters in public health medicine – a course that is renowned across the world. She was course director for 14 years before taking ill-health retirement in 2006, when she was 48.

Sarah always felt that people with medical problems could be great assets to the NHS. There are now several doctors with cystic fibrosis and with other serious conditions. She pushed the door open, and many have followed in her footsteps. In 2004, Sarah was awarded an OBE for services to medicine.

Sarah was married to Laurence Skermer, a radiographer, from 1992 to 1998, then, at the end of 1999, we met and were married in 2003. After Sarah retired from active medical work, we had the opportunity to buy a neglected ancient woodland near our home in Tamworth – Alvecote Wood. This became a passion for both of us, and fantastic therapy for Sarah as it allowed her to develop her long-held interest in photography and provided a venue for her to run very popular photography courses over several years.

The woods required us both to learn many new skills, with Sarah becoming chainsaw-trained, as well as driving our tractor on many occasions. She loved driving the tractor! We both had the philosophy that we should seek advice from experts as neither of us had a background in forestry or woodland management and, having pooled advice and enacted it over several years, we were delighted to win the Excellence in Forestry awards from the Royal Forestry Society. We only entered the competition in order to pick the brains of the judges!

Sarah was very active in spreading the message that active management of ancient woodlands is crucial if we are to preserve such precious places, with 96% of such ancient woodland already being lost in the UK. Sarah was always an excellent writer and the burgeoning platform of social media gave her very effective channels to disseminate helpful advice to many others embarking on similar journeys of woodland management. We were both very happy to share our mistakes, so others could learn from them, as well as our successes.

She had always been an enthusiastic sportswoman, playing county-level cricket for Surrey, as well as getting to a red belt (one below a black belt) at taekwondo, amongst many other achievements. After her retirement, Sarah trained as a fitness Instructor, an aerobics instructor, a cardiac rehabilitation personal trainer, a Nordic Walking instructor, a spin instructor and a ski instructor! These would be impressive for anyone, but for someone with cystic fibrosis, it was further evidence of Sarah’s incredible drive and determination. Gradually things became harder and she had to curtail some of her teaching as her health deteriorated.

Sarah was very lucky, as a child, to have benefited from revolutionary new high-dose antibiotic treatment for cystic fibrosis sufferers and, later in life and during her public health career, she helped to change NHS national policy on the treatment of specialist conditions, benefiting many with cystic fibrosis and with other complex conditions. Previously, most patients were treated by GPs and local hospitals, but Sarah contended that the outcome would be much-improved if treatment was focused around centres of excellence with a critical mass of specialist expertise. There are now several regional centres across the UK, and many patients have undoubtedly had their life span, and their quality of life, improved substantially as a result.

Sarah continued to be active until the last few weeks of her life. She was chain sawing some overgrown elder trees at the woods with me in February 2018, before we took a walking holiday on Hadrian’s Wall that March. Hadrian’s Wall was the last thing on Sarah’s ‘bucket list’ and I am so glad I agreed with her suggestion that we should go there. As that holiday came to an end, Sarah became ill with a fearsome cough – worse than the very strong cough that was normal for her. She was admitted to the local regional cystic fibrosis centre and then became infected with influenza B. The ‘flu plus cystic fibrosis is always a bad combination but, when she was already exhausted from so much coughing, it proved to be too much for her. This was despite incredible efforts by the cystic fibrosis and intensive treatment unit teams at Heartlands Hospital. Quality of life was always crucial for Sarah, and it was her decision that we should stop treatment on 8 April 2018. She passed away, peacefully and calmly, within three minutes.

Sarah’s life motto was: ‘Never give up. Make a difference, to people and the planet.’ She did that, many times over.