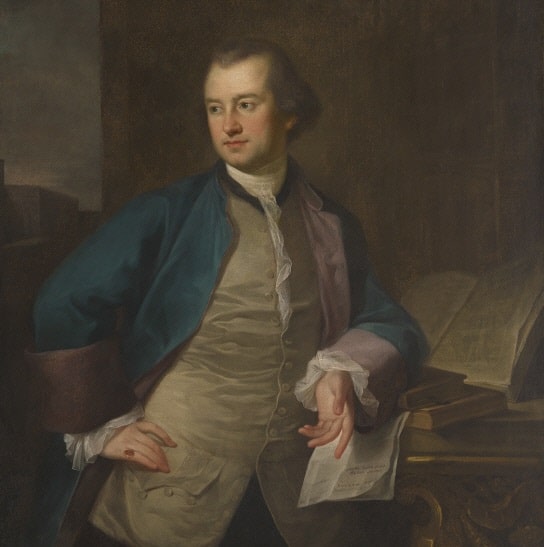 John Morgan, M.D., was born in Philadelphia in 1736, and educated at the college in that city, from which institution he received the degree of A.B. in 1757, that being the first occasion on which degrees of any kind were conferred there. He commenced the study of medicine under Dr. Redman, of Philadelphia, and having made some progress in it, joined the provincial troops in the capacity of surgeon. In 1760 he visited Europe to complete his professional education. After attending the lectures of Dr. William Hunter and Mr. Hewson in London, he proceeded to Edinburgh, carrying with him, among other letters of introduction, one from Benjamin Franklin, commending him in no ordinary terms to the advice and countenance of Dr. Cullen, whose good opinion and friendship he soon succeeded in securing to himself. He passed two years in Edinburgh, and graduated doctor of medicine there 18th July, 1763. In his inaugural essay on this occasion, "Tentamen Medicum de Puris Confectione," he maintained that pus is a secretion from the vessels, and in this view anticipated John Hunter.(1) Dr. Morgan next visited France and Italy. He had, while in England, become a proficient in the art of injecting organs with wax, and preparing them by subsequent corrosion. While in Paris and attending the anatomical lectures of M. Sue, he prepared a kidney by this process and acquired by it, and some similar specimens he had brought with him from England, such a reputation as led to his election as a corresponding member of the Royal Academy of Surgery of Paris. In the course of his tour into and from Italy, he visited Morgagni at Padua and Voltaire at Geneva. Returning to London, he was admitted a Licentiate of the College of Physicians 9th February,1765. About the same time he was elected a fellow of the Royal Society and a fellow of the College of Physicians of Edinburgh, and soon afterwards returned to America.

During his residence in Europe he had concerted with Dr. Shippen the plan of a medical school in his native city, which he proceeded to carry out on his arrival at Philadelphia, and was nominated to the chair of the theory and practice of physic. In 1769 he witnessed the first fruits of his labours in this direction, for in that year five gentlemen received at Philadelphia the first academic honours in medicine that were conferred in America. Dr. Morgan was the first physician in America who declined the practice of pharmacy, and restricted himself to prescribing medicine for the sick. He was active in establishing the American Philosophical Society in 1769, and he undertook a journey to Jamaica, in 1773 to solicit benefactions for the advancement of general literature in the college of Philadelphia. In October, 1775, he was appointed director-general and physician-in-chief to the general hospital of the American army, when he repaired to Cambridge. The dissensions between the surgeons of the hospital and of the regiments rendered Dr. Morgan’s position a very difficult one, and calumnious statements against him having gained credence, he was removed from his office in 1777 without being allowed an opportunity of vindicating himself. After his removal, however, he presented himself before a Committee of Congress appointed at his request, and was honourably acquitted. Dr. Morgan, who had for some years retired very much from active life, chagrined, it is said, at his treatment by congress in removing him from the post of director-general upon charges from which he had been exonerated, died 15th October, 1789, aged fifty-three. His successor in the professor’s chair was Dr. Rush. Dr. Morgan was the author of—
A Discourse on the Institution of Medical Schools in America, with a Preface, containing, among other things, the Author’s Apology for attempting to introduce the regular mode of practising physic at Philadelphia, 8vo. Philadelphia, 1765.
Four Dissertations on the Reciprocal Advantages of a perpetual Union between Great Britain and her American Colonies. 1766.
A Recommendation of Inoculation. 8vo. 1766.
A Vindication of his Public Character in the Station of Director-General. 8vo. 1777.(2)

[(1) Dr. James Curry, physician to Guy’s hospital and lecturer on medicine there, after careful examination awards the credit of priority in this view, to Dr. Morgan, and says: " I could not avoid giving that merit to Dr. Morgan, who discussed the question with great ingenuity in his Inaugural Dissertation on taking his degree at Edinburgh in 1763; whilst I could find no proof that Mr. Hunter had taught or even adopted such an opinion until a considerably later period." London Medical and Physical Journal, 1817.
(2) History of the Medical Department of the University of Pennsylvania from its foundation in 1765, by Joseph Carson, M.D. 8vo. Phil., 1869. Life, Lectures and Writings of William Cullen, M.D., by John Thomson, M.D. 2 vols. 8vo. Edinb. 1859; Vol. 1, pp. 140, 633. Allen’s American Biographical and Historical Dictionary. 8vo. Boston, 1832, p. 593]