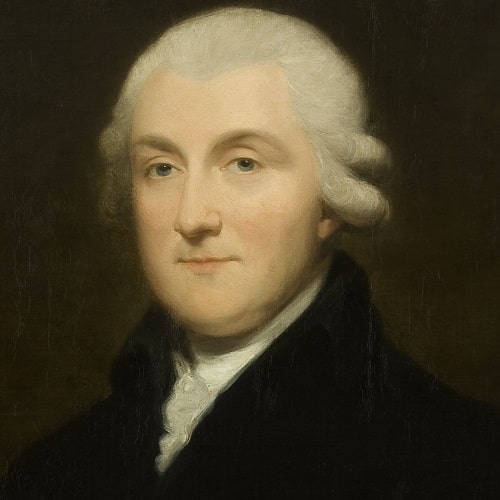 Henry Revell Reynolds, M.D., was a posthumous child, and was born in Nottinghamshire on the 26th September, 1745, a few weeks only after the death of his father. Committed to the charge of his maternal great uncle and godfather, Mr. Henry Revell, of Gains- borough, he was sent by him at an early age to the grammar school of Beverley, then in high repute, under the government of Mr. Ward. At eighteen years of age, Mr. Reynolds was entered as a commoner of Lincoln college, Oxford; but before he could take a degree he had the misfortune to lose his godfather and benefactor, who left him a small estate in Lincolnshire, sufficient to meet the expenses of his education. With the view of shortening his curriculum he moved to Trinity college, Cambridge, and kept one term, when he repaired to Edinburgh, where he spent two winter sessions, and on the 5th December, 1767, was admitted a member of the Medical Society of that city. Returning to Cambridge, he proceeded bachelor of medicine in 1768, immediately after which he came to London, and entered himself as a physician’s pupil at the Middlesex hospital. In 1769 he settled at Guildford and married; but was soon induced, by the advice of Dr. Huck Saunders, to remove to London. This he did in the summer of 1772. The following year he proceeded doctor of medicine at Cambridge, and was admitted a Candidate of the College of Physicians 30th September, 1773; and a Fellow, 30th September, 1774. Dr. Reynolds was elected physician to the Middlesex hospital 13th July, 1773, and held that office for four years, resigning it in 1777, when he had been elected to succeed his friend, Dr. Huck Saunders, as physician to St. Thomas’s hospital. Dr. Reynolds was Censor in 1774, 1778, 1782,1784, 1787, 1792; Registrar, 1781, 1782, 1783; and Elect in December, 1791. He delivered the Gulstonian lectures of 1775 and the Harveian oration for 1776, but declined to print it.

Dr. Reynolds’s progress as a physician was rapid. In 1783 his engagements had become so numerous that he was compelled to resign his office at St. Thomas’s hospital. In 1788 he was called into attendance on George the Third, and so highly were his services regarded, that in every subsequent illness of that monarch his assistance was required. He received the appointment of physician extraordinary to the king in 1797, and that of physician in ordinary in the year 1806. Dr. Reynolds’s death was in great measure owing to his attendance on his sovereign. When called into attendance at Windsor, in the early part of 1811, he was suffering from rheumatism, which was aggravated by the bodily exertion and mental anxiety inseparable from his position. The first day on which he seriously felt the fatigues of body and mind, was after an examination before the House of Lords. The etiquette of the Upper House not allowing a witness to sit down, Dr. Reynolds, who, in consequence of having attended his Majesty in all his previous similar illnesses, was examined at greater length than any of his medical brethren, was kept standing for two hours. The whole of the next day he was compelled to keep his bed, but on the following he returned to Windsor. From this time his appetite began to fail, and his strength and flesh visibly to diminish. In the month of March these symptoms had so much increased that his friends besought him to retire from his attendance on the king— to spare his body and mind, and devote himself entirely to the re-establishment of his own health. Despite these solicitations he determined to remain at his post, and did so till the 4th of May, when he returned to London extremely ill After a confinement to his room of nearly three weeks he was prevailed upon by Dr. John Latham and Dr. Ainslie to go to Brighton. He remained there about two months, and at times during this period seemed to rally, but the improvement was not sustained. At the end of July he returned to his house in Bedford-square, never again to leave it alive. He died the 22nd October, 1811, aged sixty-six, and was buried in the cemetery behind St. James’s church, in the Hampstead-road.

Dr. Reynolds’s private character was worthy of all praise, and probably few members of our profession have been more extensively, none certainly more sincerely lamented. His intellectual attiainments and professional qualifications were, too, of the highest order. "In the investigation of diseases he was acute yet cautious; in the application of remedies, fertile in resource, yet not rash in experiment; decided though gentle; gaining entire ascendancy over the minds of his patients by the rare fascination of his manners, and the confidence with which he inspired them in his skill, and in his zeal to relieve them. Among his peculiar excellencies may be mentioned, perhaps, an unequalled felicity of combination in his prescriptions: there was something introduced for every symptom or even inconvenience, yet the whole harmonized and had immediate reference to the principal complaint." Dr. Reynolds’s portrait, by Abbot, was engraved by V. Green in 1798.