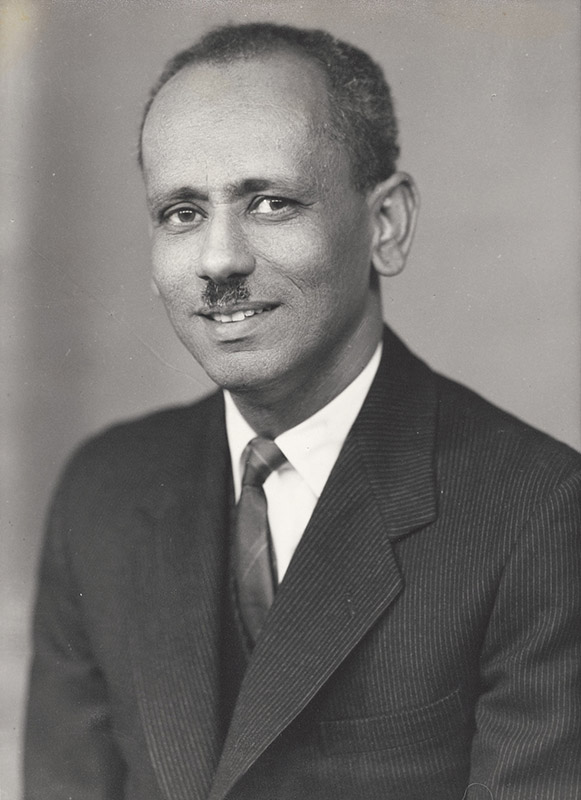 Abdel Halim Mohamed Halim (1910- 2009) was a distinguished physician, diplomat, educator and sports administrator. Dr Halim enjoyed a long medical career which spanned before and after Sudan's independence in 1956. His career was full of pioneering achievements, and he left a legacy of Sudanese consultants that he had trained and befriended.

Dr Halim was born in Omdurman, the most populous city in Sudan, which was then a British colony. He came from a family of prominent politicians and academics. He excelled at school and graduated the top of his class at the Kitchener school of medicine. Dr Halim continued his career at Kharthoum Hospital, as a house physician and then registrar. The Second World War interrupted his medical training in Britain, which he returned to after the war.

Throughout his career, Dr Halim advocated for wider access to education for Sudanese people. He played an important role in educating Sudanese doctors at home and abroad, including those who went on to practise in Britain, Saudi Arabia, Libya and the Gulf States. He was remembered by his peers as a ‘brilliant diagnostician’ and ‘inspirational teacher’.  His rigorous medical rounds were remembered fondly by his students as being interspersed with poetry, proverbs, and verses from the Quran.

Dr Halim also played a key role in the literary and political movement pushing for Sudanese independence from British rule. After Sudan won independence, he stayed as a visiting professor at Khartoum University, eventually becoming chancellor.

To celebrate, the RCP are sharing stories and achievements of black health and care workers like Abdel Halim Mohamed Halim. Keep a look out on the RCP London and RCP Museum’s social media accounts as we highlight stories of inspiring black physicians from the past and today.