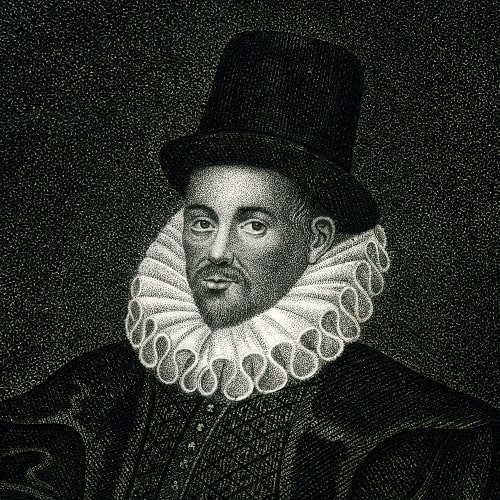 William Gilbert, M.D., was born in 1540, and was a son of Jerom Gilbert, recorder of Colchester, Essex. Wood(1) is anxious to claim him among the worthies of Oxford, and says, "He was educated in both the universities, but whether in Oxon. first or in Cambridge I cannot justly tell. Afterwards," continues Wood, and the statement has been copied by Aikin and Hutchinson, "he travelled beyond the seas, where, I presume, he had the degree of doctor of physick conferred upon him." Our Annals show that he was a doctor of medicine of Cambridge; and I learn from Mr. Cooper, the learned author of the "Athenæ Cantabrigienses," that he was really of St. John's College, in that university; that he proceeded B.A. 1560; was elected fellow of St. John's, 21st March, 1560-61; M.A. 1564; M.D. 1569; and senior fellow of his college 21st December, 1569.

Dr. Gilbert settled in London about 1573; was admitted a Fellow of the College of Physicians, but at what precise period is not recorded; and practised with so much reputation and success that he was appointed physician to Queen Elizabeth. The vacancies from his duties of his profession he employed in philosophical experiments, particularly relative to the magnet; and his results were so important that Galileo himself spoke of him as "great to a degree which might be envied." It was, indeed, by the perusal of Gilbert's book "De Magnete," that Galileo was induced to turn his mind towards magnetism(2).

By his will he gave his whole library, globes, instruments, and cabinet of minerals to the College of Physicians. His portrait by Harding, formerly in the picture gallery at Oxford, was engraved by Clamp. He was the author of
De Magnete, Magneticisque Corporibus, et de Magno Magnete, Tellure, Physiologia nova. Fol., Lond., 1600.

Lord Bacon mentions this work in many places with applause; and in reference to it Mr. Hallam writes as follows: "The year 1600 was the first in which England produced a remarkable work in physical science, but this was one sufficient to raise a lasting reputation to its author. Gilbert, a physician, in his Latin treatise on the magnet, not only collected all the knowledge which others had possessed on that subject, but became at once the father of experimental philosophy in this island, and by a singular felicity and acuteness of genius the founder of theories which have been revived after the lapse of ages, and are almost universally received into the creed of science. The magnetism of the earth itself, his own original hypothesis 'nova illa nostra et inaudita de tellure sententia,' could not of course be confirmed by all the experimental and analogical proof which has rendered that doctrine accepted in recent philosophy, but it was by no means one of those vague conjectures that are sometimes unduly applauded when they receive a confirmation by the favour of fortune. He relied on the analogy of terrestrial phenomena to those exhibited by what he terms a terella, or artificial spherical magnet. What may be the validity of his reasoning from experiment, it is for those who are conversant with the subject to determine, but it is evidently by the torch of experiment that he was guided. A letter from Edward Wright, whose authority as a mathematician is of some value, admits the terrestrial magnetism to be proved. Gilbert was also one of our earliest Copernicans, at least as to the rotation of the earth, and with his usual sagacity inferred, before the invention of the telescope, that there are a multitude of fixed stars beyond the reach of our vision." (3) Thomson, the historian of the Royal Society, terms this work of Gilbert's on the magnet "one of the finest examples of inductive philosophy that has ever been presented to the world." The following work did not appear till long after Dr. Gilbert's death: -
De Mundo nostro sublunari Philosophia nova: published in 4to. Amst., 1651, from a MS. in the library of Sir William Boswell, Knight.
There is in it an address to the reader and a dedication to Henry Prince of Wales by the editor William Gilbert, of Melford, the author's brother. He observes it may appear odd to some that his brother was of the same name as himself, and informs the reader that such was sometimes the practice in England.

[Times Literary Supplement 30.6.63 WILLIAM GILBERT Sir, - In your article "Dr Birley's Vale" on August 9, it is stated that the Eton copy of Dioscordies, Venice 1554, is "seemingly the only book of Gilbert's ownership to survive": this Library has a copy of the Froben Galen, 1561, bound up in three volumes, which belonged to Gilbert. His signature, in the form Guil. Gylberde, occurs on the title page of vols. 2 and 3 (vol. 1 lacks the title page). A. G. LEE. St. John's College, Cambridge.]

[Acts of the Privy Council, 1588 (just before the fleet sailed to attack the Armada) – W.G. (William Gilbert) & others* were directed “to put themselves presently in a readyness to goe downe to the Navye & to carry with them…drogues…” *Roger Marbeck, Lancelot Browne, Ralph Wilkinson]

[Abstract of Will in Society of Genealogy see The Genealogists’ Magazine. Vol. 12. p.461. Bodleian.]