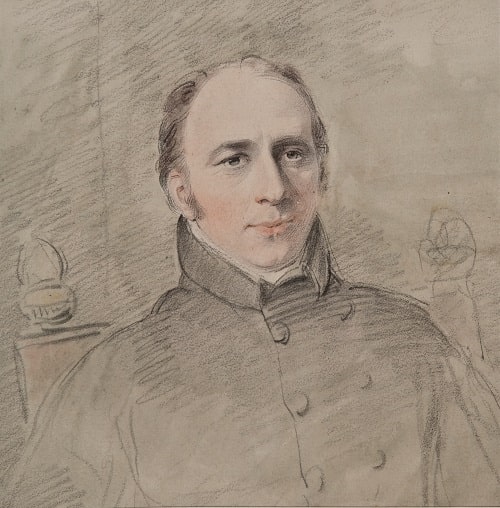 Thomas Mayo, M.D., was born in London, in 1790, and was the son of John Mayo, M.D., a fellow of the college before mentioned. His scholastic education was begun under the Rev. John Smith, of Eltham, with whom he remained three years. He was then for eighteen months at Westminster, but was permitted by his father to leave it, and escape the foundation and "its peculiar training,"(1) on the pledge that he would win for himself a fellowship of Oriel. He was therefore transferred to the private tuition of the Rev. George Richards, vicar of Bampton, and formerly fellow of Oriel college, a distinguished scholar, and still remembered by his prize poem, "The Aboriginal Britons." Under Mr. Richards’s guidance he made rapid progress, and in due course was entered at Oriel college, Oxford, and gained a fellowship of that house. He passed a most brilliant examination, and took a first class in literis humanioribus. He proceeded A.B. 24th October, 1811, A.M. 1st June, 1814, M.B. 4th February, 1815, and M.D. 17th June, 1818.

Dr. Mayo presided over the College at a most critical period in its history, when it was undergoing those changes in its constitution that were rendered necessary by the Medical Act of 21 and 22 Victoria. In the lengthened deliberations which preceded the fundamental alterations finally agreed on, Dr. Mayo, as president, took an active part, and the fellows of the College acknowledged their sense of his services by retaining him for another year in his office as president, on the change in the mode of election, when the eight elects and the exclusive election of president from and by that order were abolished, and the election to the presidency was vested in the fellows at large. On retiring from that position in 1862, it was proposed by Dr. Hawkins, seconded by Sir Charles Locock, bart., and agreed to unanimously in a very large assemblage of the fellows, "That the sincere and cordial thanks of the College be returned to Dr. Mayo, the late President, for the indefatigable zeal and entire devotion, the never-failing courtesy and dignity with which he has presided over the College during upwards of five years, and especially for his great and disinterested services in promoting and carrying into effect during his period of office important changes in the state and constitution of the College."

[(1) In a note to me, dated May 28, 1861, Dr. Mayo writes, "I was a fellow of Oriel, to the attainment of which honour I had pledged myself to my father, provided he would permit me to escape the ‘foundation’ of Westminster school and its peculiar training, which, combined with a very fair proportion of Latin and Greek, occasional aerostation in a blanket."]