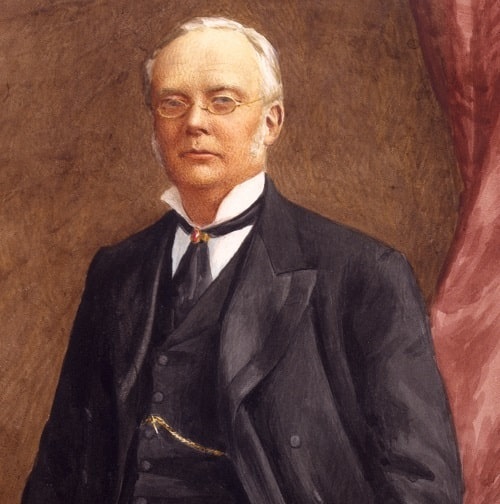 William Broadbent was born at Lindley near Huddersfield, the eldest son of John Broadbent, woollen manufacturer and a prominent Wesleyan, and his wife Esther, daughter of Benjamin Butterworth of Holmfirth. He was sent to Huddersfield College as a boy and then entered his father’s factory. On deciding to study medicine, he was apprenticed to a Manchester surgeon and enrolled as a student of Owens College. Here, and at the Manchester Medical School, his career was brilliant and he won numerous medals. After qualifying in 1857, he continued his studies in Paris, returning to pass the final M.B. examination in 1858. He now obtained two junior posts at St. Mary’s Hospital in London, and in 1860 those of pathologist and lecturer on physiology. In the same year he was elected physician to the London Fever Hospital, and in 1863 physician to the Western General Dispensary. In 1865 St. Mary’s made him physician in charge of outpatients and, six years later, full physician.

It was by his work for the outpatients and in the wards of St. Mary’s that Broadbent, by unremitting attention to detail, achieved the singular accuracy in diagnosis which brought him a practice of huge proportions and a reputation as one of the finest clinical teachers of his day. He developed particular interests in neurology and cardiology, and, to a lesser degree, in cancer and typhoid; his writings, which included a valuable treatise on Heart Disease (1897), written with his eldest son, mostly concerned one or other of these subjects. He delivered the Lettsomian Lectures to the Medical Society of London in 1874. He was a distinguished office-holder at the Royal College of Physicians, being Croonian Lecturer (1887), Lumleian Lecturer (1891), and Senior Censor, although he was defeated in the presidential election of 1899. In 1892 he was created Physician-in-Ordinary to the Prince of Wales, in 1896 Physician-Extraordinary to the Queen, and in 1901 Physician-in-Ordinary to the new Prince of Wales, whom he had attended during an attack of typhoid fever ten years earlier. He received a baronetcy in 1893 and was made K.C.V.O. in 1901. He gave generous service to bodies such as the committee for organising the National Association for the Prevention of Consumption, the advisory Committee for the King Edward VII Sanatorium, Midhurst—to which he became consulting physician—and the Royal Medical Benevolent Fund.

Broadbent was endowed with a robustness of constitution that enabled him to tackle his numerous responsibilities without ill effect, and a Yorkshireman’s sturdiness of mind, amounting almost to stubbornness, which made him cling to his opinion once he had formed it, in face of all differences. His success was founded on hard work, and he lost none of his modesty in the process. He married in 1863 Eliza, daughter of John Harpin of Holmfirth and had three sons and three daughters. One of the former was Sir John Broadbent, F.R.C.P, and another Walter Broadbent, F.R.C.P. He died in London.