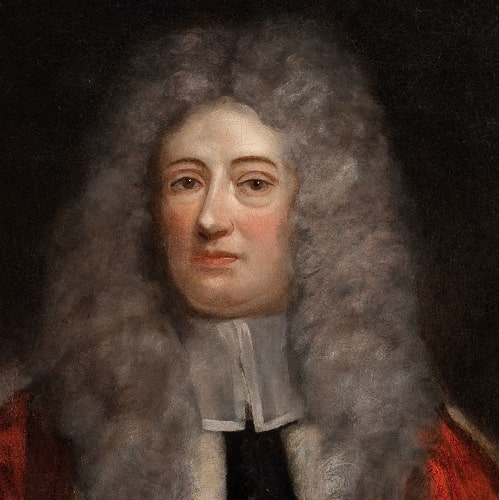 Few physicians have been more respected in their day than Sir Thomas Millington. His praises have been sung by Garth, in his "Dispensary" (1); and Sydenham speaks of him in terms of the highest respect.

The death of this distinguished physician is thus recorded in our Annals: "Jan. 5, 1703-4. This day, about four in the afternoon, departed this life that excellent person Sir Thomas Millington, in the 75th year of his age, and the seventh of his continued Presidentship of this College. Bred at Westminster school; afterwards fellow of All Souls college in Oxford, and the great ornament of both; Sedleian professor of natural philosophy in that university; and, whilst he discovered to his auditors, in his admirable lectures from that chair, the more secret methods of nature, he, together with Bishop Wilkins, Mr Boyle, Dr Wallis, Sir Christopher wren, Dr Willis, and other ingenious persons, there laid the first foundation of the Royal Society. Admitted afterwards into the College of Physicians, London, he soon became the delight of it; affable in his conversation, firm in his friendships, diligent and happy in his practice, candid and open in consultations, eloquent to an extraordinary degree in his public speeches; being chosen President, his behaviour was grave, tempered with courtesy, steady without obstinacy, continually intent on the good of the College, which, by his prudent conduct, he redeemed from the greatest part of a very heavy debt (2). Being made first physician to their Majesties king William and queen Mary, and afterwards to her present Majesty queen Ann, he discharged that duty with great skill, diligence, and affection. Some five years before his death he was cut for the stone in the bladder, which operation, and the whole course of the cure, he bore with admirable piety and exemplary courage. At length, worn out with little but constantly-returning fevers, and a nervous asthma, he piously and quietly paid his last debt to nature. Thus died this great person, but the memory of his virtues never can."

Sir Thomas was buried on 28th January, 1703-4, in the Wentworth chapel of Gosfield church, Essex, where there was formerly a handsome monument to his memory. It was destroyed some sixty years since by persons who broke into the church and tore up the brass. Some coats of arms remain. There is nothing but these to identify the monument, which is of Purbeck marble. The College possess a good portrait of this worthy physician.

[(1) He is the Machaon of the Dispensary, and is addressed by Stentor (Dr Goodall) as follows: -
Machaon, whose experience we adore,
Great as your matchless merit, is your power.
At your approach the baffled tyrant, Death,
Breaks his keen shaft and grinds his clashing teeth.
To you we leave the conduct of the day,
What you command your vassals must obey.
If this dread enterprise you wou'd decline,
We'll send to treat and stifle the design;
But if my arguments had force, we'd try
To humble our audacious foes or dye."
(Canto V.)
(2) 1701. Dec xxij. "The College owing to my Lord Radnor and Mr Bolter as executors to Sir John Cutler, the sum of about £7,000; Sir Thomas Millington, then President, after much solicitation, by his prudent and winning manner of address to the Earle and Mr Bolter, gott all the same to be remitted for the sum of £2,000, which he himself, without the knowledge of the College, generously laid down and afterwards took only the bond of the College for that sum: by which means he redeemed the College and gave it a prospect once more of a future prosperity: for this generosity of his to this College, as well as his prudent and discreet government thereof, he ought never to be forgotten, but to live in its Annals to all succeeding generations." Annals.]