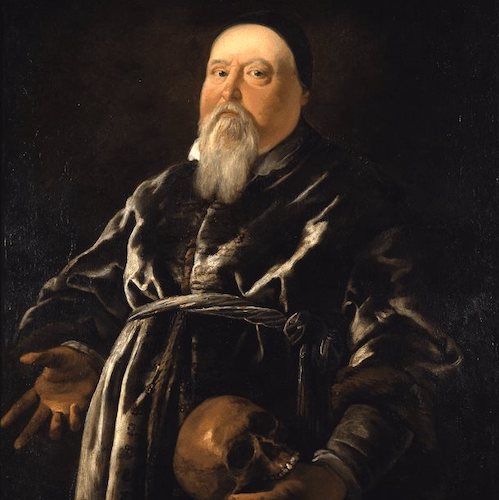 Sir Theodore de Mayerne, was the son of Lewis de Mayerne, a French Protestant, celebrated for his historical writings. Our physician was born at Geneva, 18th September, 1573, and had for his godfather Theodore Beza, after whom he was named. Having been instructed in the rudiments of learning at his native place, he was transferred to the university of Heidelberg, where he remained several years. Having fixed on physic for his future profession, he removed to Montpelier, and there pursuing his medical studies, proceeded MB in 1596, and MD in 1597.

He then removed to Paris, where he gave lectures on anatomy to the young surgeons, and on pharmacy to the apothecaries. The latter of these subjects led him to treat of chemistry, to which he had paid particular attention, and as in his medical practice he made considerable use of chemical remedies, he was soon looked upon as one of the most strenuous supporters of this then recent innovation. While this brought him into favour with Riverius, first physician to Henry IV of France, who by his recommendation procured Dr Mayerne's appointment as one of that king's physicians, it likewise drew upon him the enmity of the faculty of Paris, who manifested their attachment to Galen by an indiscriminate abuse of all who attempted to introduce modes of practice not mentioned in his works. Quercetanus was joined with Mayerne as the object of their attack; and in 1603 one of the body wrote a book against these heterodox brethren, entitled Apologia pro Medicina Hippocratis et Galeni, contra Mayernium et Quercetanum. To this Mayerne published an apologetical answer, and the Galenists not only replied, but proceeded to thunder an academical interdict against the two delinquents.

The favour of the king, however, rendered this a brutum fulmen with respect to Mayerne, for his majesty having, in 1600, appointed our physician to attend the Duke de Rohan in his embassies to the courts of Germany and Italy, he discharged his office with so much reputation that he rose high in the king's esteem, and was promised great advantages, provided he conformed to the church of Rome. This, notwithstanding the persuasions of the Cardinal du Perron, he refused to do: the king, nevertheless, would have appointed him his first physician, had not the queen (Mary de Medicis) interposed to prevent it. Mayerne continued in the office of physician in ordinary to the king until the year 1606, when he sold his place to a French physician. In the early part of this year he must have come over to England, was appointed physician to Anne of Denmark, the queen of James I, and as such was incorporated at Oxford on his Montpelier degree, 8th April, 1606.

There is some uncertainty as to his movements for the next four years. It seems certain, however, that he returned to France, and there remained till after the assassination of his master, Henry IV, on the 14th May, 1610, soon after which he was called back to England by letters under James I's own hand, who also sent a person to conduct him over. On his arrival the king honoured him with a private audience, appointed him first physician to himself and to the queen, and from this period to his death, Dr Mayerne appears to have been considered one of the first physicians in the kingdom. He was certainly in England in 1612, and, as has been before stated,(1) was then, with many others, in professional attendance on the king's eldest son, Henry prince of Wales.

On the 25th June, 1616, he was proposed and unanimously elected a Fellow of the College of Physicians, and was admitted 5th July following, at an extraordinary Comitia, specially convened for that purpose.(2) In 1618 he was deputed by the College to write the dedication of the first Pharmacopœia to the king. In that year he was sent into France by king James, about some affairs of importance; but, being suspected of a design to embroil affairs in that kingdom, he was peremptorily commanded to leave it.

In July, 1624, he received the honour of knighthood from the king, and in August of the same year wrote a letter to his colleagues, the ordinary physicians to the king and prince, acquainting them that, as he was going to be absent, probably for some time, from his duty at court, and this with the permission of the king, he thought proper to select for their perusal certain forms of prescription, and method of practice, of which his experience had taught him the efficacy in the disorders to which his illustrious patients were most liable. Certain prudential rules for their conduct are prefixed, which show the man of sense and liberal sentiments, but might, perhaps, be thought somewhat assuming and officious, considering the persons to whom they were addressed. It does not appear where he went at this time, nor how long he was absent.

On the accession of Charles I, he was appointed first physician to the king and queen, and rose still higher in authority and reputation during that reign. To him we owe the introduction of calomel into medical practice, and the invention of the black wash.(3) We do not hear how he disposed of himself during the civil commotions which raged in the latter part of his life. He, doubtless, adhered to the royal cause, for he was appointed nominal first physician to Charles II after the execution of his father.

At length, full of years, wealth, and reputation, he died at Chelsea, 22nd March, 1654-5, the immediate cause of his death being, it is said, bad wine, which he had been drinking in moderation with some friends at a tavern in the Strand. He was interred in the church of St Martin's-in-the-Fields, where the bodies of his mother, first wife, and five of his children had been deposited.

The only work that Sir Theodore Mayerne published was the Apology before mentioned, Apologia, in quâ videre est, inviolatis Hippocratis et Galeni legibus, Remedia Chemicè præparata, tuto usurpari posse Rupel. 1603." He left his library containing many MSS, to the College of Physicians. Some of these were published by Dr Thomas Shirley, and others by Sir Theodore de Vaux, Mayerne's godson, and an honorary Fellow of the College. In 1701 Dr Joseph Browne brought out in a goodly folio, "Mayernii Opera Medica, complectantia Consilia, Epistolas et Observationes, Pharmacopœiam, variasque Medicamentorum formulas. Lond." The printing, unfortunately, is extremely incorrect: the work, however, is most amusing, and affords a good idea of the duties of a fashionable physician in the early part of the seventeenth century. A fine portrait of Sir Theodore Mayerne is in the College.(4)