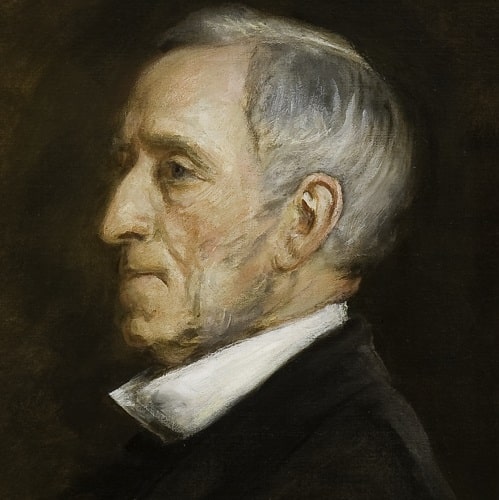 Richard Quain was born at Mallow in County Cork, the eldest child of John Quain of Carrigoon and Mary, daughter of Michael Burke of Mallow. He was sent to the Diocesan School at Cloyne for his early education and then apprenticed to a surgeon-apothecary at Limerick for five years. His medical training took place at University College, London, where his cousins, Jones Quain, the anatomist, and Richard Quain, F.R.C.S., held teaching posts, and, after graduating as M.B. in 1840, he remained at University College Hospital to fill house appointments. In 1848 he was elected assistant physician by the Brompton Hospital and seven years later raised to full physician. He was made consulting physician in 1875, and held the same rank at the Seamen’s Hospital, Greenwich, and the Royal Hospital for Consumption at Ventnor.

Although he was never on the staff of a teaching hospital, Quain’s success in practice was outstanding. He also made a name for himself in medical and public affairs. He was a prominent Fellow of the Royal College of Physicians, being Lumleian Lecturer in 1872, Senior Censor, Harveian Orator in 1885 and Vice-President in 1890, and narrowly missed election as President in 1888. He was president of the Harveian Society in 1853 and of the Pathological Society in 1869. The General Medical Council, too, owed much to his energy and hard work. Appointed a Crown nominee in 1863, he became chairman of its Pharmacopoeia Committee in 1874 and took a major part in the preparation of the Additions to the British Pharmacopoeia of 1867 (1874) and of the British Pharmacopoeias of 1885 and 1898; he was president of the Council itself from 1891 till his death. He was chosen as a member of the Senate of London University in 1860 and was one of the organisers of the Brown Institution. He was on the Royal Commission of 1865 for the investigation of cattle plague.

Quain, however, is best remembered for his editorship of the Dictionary of Medicine, to which many of the leading medical men of the day contributed; Quain himself wrote the articles on heart diseases. This work, first published in 1882 after seven years’ meticulous preparation by Quain, filled a gap in contemporary medical writing and sold over 30,000 copies; a second edition followed in 1894. Among honours accorded to Quain were election as an F.R.S. in 1871, appointment as Physician-Extraordinary to the Queen in 1890, and the grant of a baronetcy in 1891.

Quain’s renown as a physician was due not only to the sound commonsense that he brought to bear in diagnosis, but also to the good-humoured geniality that he showed to patients and friends, These latter included many famous in their own professions, Maclise, who painted his portrait in 1866, Millais, who painted it in 1896, Landseer, the Carlyles, Charles Dickens. Quain married in 1854 Isabella Agnes, daughter of Captain George Wray, Bengal Army, of Cleasby, Yorkshire, by whom he had four daughters. He died at Harley Street, London.