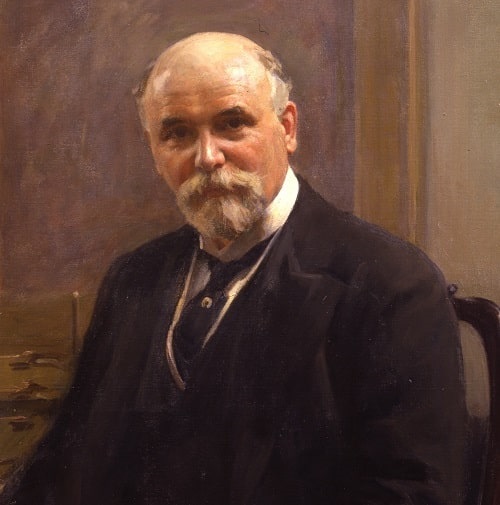 James Barr was born at Cumber, Londonderry, the son of Samuel Barr, J.P, of Claremont, Tyrone. He was educated at Londonderry and Glasgow University, and graduated as M.B. in 1873. After house appointments in Glasgow Royal Infirmary and the Northern Hospital, Liverpool, he settled in practice at Everton, Liverpool, in 1877 and was elected to the staff of the Stanley Hospital. He was also made medical officer to Kirkdale Gaol and in this capacity instigated several reforms in the care and treatment of prisoners. As the result of his experience he was sent by the Government to Ireland in 1885, at a time of intense political agitation, to report on conditions in Irish prisons and to conduct the medical examination of political prisoners—a mission that provoked the bitter hostility of the Irish Nationalists.

In 1887 he was elected physician to the Northern Hospital and ten years later physician to the Liverpool Royal Infirmary. Barr, who was knighted in 1905, was Bradshaw Lecturer at the Royal College of Physicians in 1907 and president of the Liverpool Medical Institution in 1904 and of the B.M.A. in 1912. During the 1914-1918 War he served as a lieutenant-colonel in the 1st Western General Hospital and as chairman of the Liverpool Medical War Committee. He received the C.B.E. in 1920. A vigorous, pugnacious man with a strong Ulster accent, impervious to criticism and incapable of moderation, Barr was given to voicing his opinion, in no uncertain terms, on such controversial events as the National Health Insurance Act, the creation of the Irish Free State, and the lunacy trials of 1927. In retirement he lived first at Hindhead and then at Putney Heath, where he died. He married in 1882 Isabelle, daughter of J. Woolley, and had a son and a daughter.