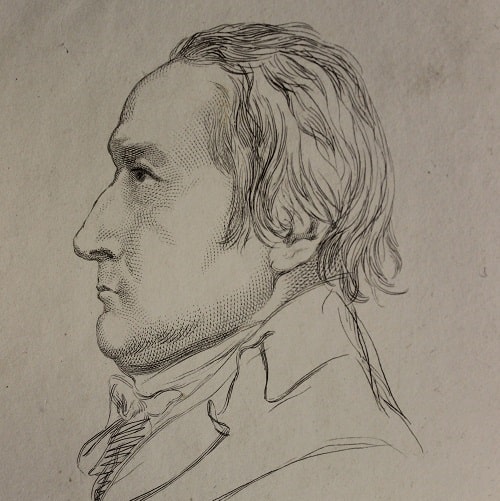 James Alderson was born at Hull, the younger son of Dr. John Alderson. Before starting his academic career, he paid a visit to Portugal, acting as clerk to a wine merchant. Having entered Pembroke College, Cambridge, in 1822, he graduated four years later as sixth wrangler, and was made a fellow of the College. From 1826 until he graduated as D.M. in 1829, he studied at Magdalen College, Oxford. He then became physician to the Carey Street Dispensary in London. Shortly afterwards, on his father’s death, he succeeded to a lucrative practice in Hull and was made physician to the local Infirmary. In 1847 he published observations on Diseases of the Stomach and Alimentary Canal. About the year 1850, Alderson returned to London. In 1851 he was appointed physician to St. Mary’s Hospital, a position he retained until his election as President of the Royal College of Physicians in 1867, when he became its consulting physician. It was in the affairs of the College that his main interest lay, and, although strictly conservative in outlook and opposed to College reforms, his devotion to its well-being won the confidence of the Fellows. He held the following offices at the College: Censor, in 1848 and 1856; Treasurer, from 1854 to 1867; representative on the General Medical Council from 1864 to 1866; and President, from 1867 to 1871. He was Lumleian Lecturer in 1852 and 1853 and Harveian Orator in 1854 and 1867. To him was due the discovery of the lost charter granted to the College by Henry VIII. After his retirement from office he was, in 1874, appointed Physician-Extraordinary to the Queen.

As a physician, Alderson was known for the accuracy of his diagnosis and prognosis, although he relied little upon physical examination. In general, he was a shrewd observer and well versed in literature. He enjoyed relating anecdotes of a journey on the Continent in Bishop Wilberforce’s company. Haughty in demeanour, he was respected both for his ability and for his integrity. He married in 1828 Mary Anne, daughter of Peter Berthon of Caernarvon.