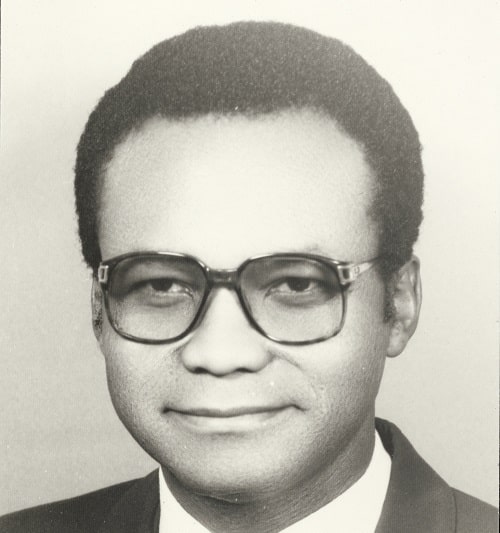 Samuel Hagan Annobil was a professor of paediatrics at the King Saud University of Medicine, Abha, Saudi Arabia. He was born in Kumasi, Ghana, the son of Jonah Abraham Annobil, a writer, and Mabel Bassila Annobil née Abban, a teacher. He was educated at Mfantsipim School, Cape Coast, Ghana. He then studied medicine at St Andrews University in Scotland, qualifying in 1966.

From 1968 to 1971, he was a senior house officer in paediatrics and then in dermatology at Northampton General Hospital. He returned to Ghana, and in 1974 became a senior registrar at the University of Ghana Medical School, Accra. From 1976 to 1980, he was a lecturer, and then, from 1980 to 1982, a senior lecturer and consultant paediatrician. In 1981 he gained his MD from the University of Dundee.

He was a member of the British Paediatric Association and the Ghana Medical Association.

Outside medicine, he was interested in painting, gardening and music.

In 1968 he married Wilhelmina Jemima Dennis, a catering officer. They had three children – Kobena Lloyd, Amba Mabel and Aba Alberta.