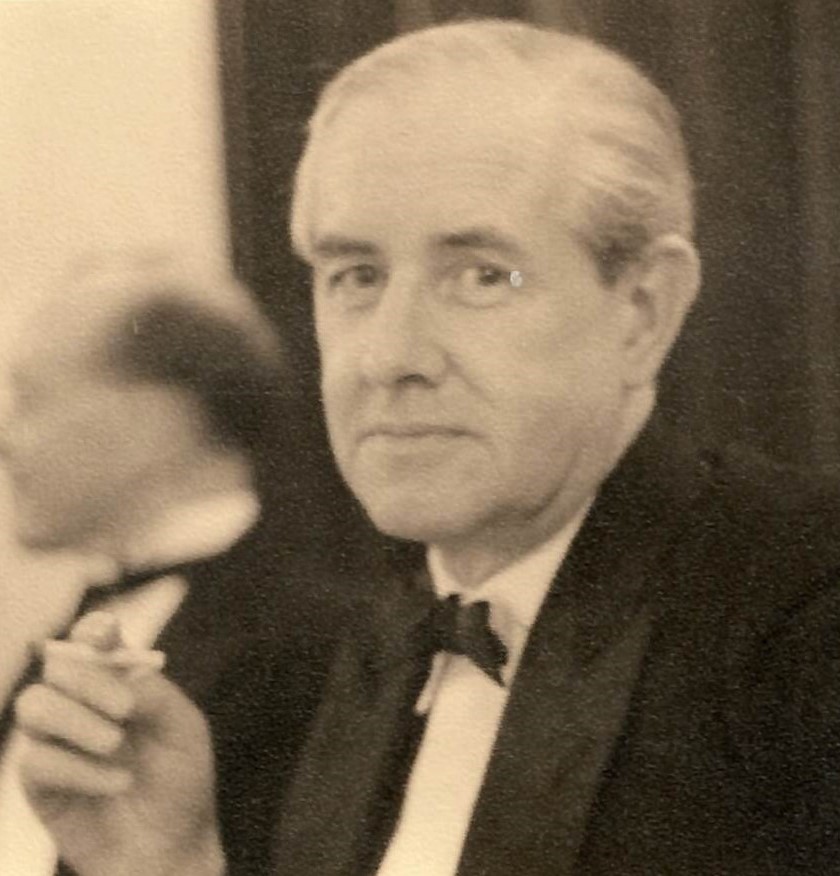 Desmond Curran was one of the most distinguished clinical psychiatrists of his generation, and many of his pupils were to fill eminent positions in clinical practice and teaching in this country, and in many other parts of the world.

He was born in Devon, grew up near St Andrews, and was educated at Wellington and Trinity College. Cambridge, before entering St George’s Hospital medical school where he graduated in the early twenties. Rare intellectual gifts, personal charm and a presence of distinction which was to change little with the advancing years, had equipped him well for an illustrious career in medicine. But he chose psychiatry, regarded in those days as a lowly walk of life in medicine, and was appointed house physician at the Bethlem Hospital in 1928. He received powerful encouragement from Edward Mapother [Munk's Roll, Vol. V,p.266] and, after a period in neurology at Maida Vale Hospital, he proceeded with a Rockefeller travelling fellowship to Johns Hopkins in Baltimore. He came under the influence of Adolf Meyer whose wide-spanning concept of psychiatry did a great deal to enrich and humanize the clinical practice of what had previously been a narrowly organic and descriptive specialty. His leading disciples in Great Britain included Desmond Pond (q.v.) later Sir Desmond; Aubrey Lewis, later Sir Aubrey [Munk's Roll,Vol.6, p.284]; R D Gillespie [Munk's Roll, Vol.V, p.149] and D K Henderson, later Sir David [Munk's Roll, Vol.V, p.188]. Desmond was too level-headed to espouse any teaching in doctrinaire fashion and, although influenced by Meyer, developed his own pragmatic style of clinical exploration and practice in psychiatry. He achieved the feat of being appointed as consultant to St George’s Hospital at the age of 31, and election to the Fellowship of the College at the age of 34.

With the outbreak of war in 1939 he joined the Royal Navy, and swiftly established within it a worldwide specialist service in psychiatry - becoming its youngest surgeon-captain. At the end of the war he returned to St George’s and began work on what was to become the most important endeavour in the course of his long and distinguished career: the creation of the teaching hospital department of psychiatry at St George’s Hospital. He had attracted to his side a number of men of clinical maturity and insight, including ‘Bird’ Partridge and Paul, later Sir Paul, Mallinson.

Desmond’s exceptional clinical skills were the product of discriminating observation, an abundance of tolerance and compassion, and an understanding of human personality progressively enriched over years of painstaking first hand study of patients. The force of his example in practice was emulated by his colleagues and students, and St George’s became pre-eminent among the medical schools for its department of psychiatry. Its national and international renown increased steadily during the three decades in which Desmond served it.

His textbook Psychological Medicine, Edinburgh, E&S Livingstone, 1943, was written in collaboration with Erich Guttmann, one of the small group of eminent psychiatrists who sought refuge in this country from persecution in Nazi Germany. Its lucidity, richness of clinical description and its practical wisdom, made it widely popular. It was to appear in numerous editions, including one with Maurice Partridge in 1955; recent ones having been edited by Curran’s pupil, Peter Storey. In 1961 Desmond was appointed the first professor of psychiatry at St George’s Hospital. He developed a many sided academic department, including a large unit devoted to psychotherapy, the latter notwithstanding his reservations about psychoanalysis.

Few senior psychiatrists burdened with manifold duties could have devoted themselves with such unswerving determination and energy to the professional advancement of those of his juniors whose clinical or scientific ability had earned his respect.

His clinical eminence, and the publications he devoted to the classification of personality disorders, sexual deviation and antisocial and violent conduct, generated wide demand for his services. He was a member of the Franklin Committee on punishment in prisons and borstals, the Wolfenden Commission on homosexuality, and he became adviser in psychiatry both to the Foreign Office and the Home Office. In 1948 he delivered the Croonian lecture at the College. He was president of the psychiatric section of the Royal Society of Medicine from 1951-52, and of the Royal Medico-Psychological Association in 1963-64. He was awarded the CBE in 1961.

Although Desmond did not originally favour the secession of psychiatrists from the Royal College of Physicians, he gave the new Royal College his full support once it received its Royal Charter in 1971. Many of its officers have reason to be grateful for his sagacious advice and support, and the exercise of his wide influence on its behalf during the early formative years.

Desmond Curran was a man who knew his own mind; integrity, personal simplicity, sharp wit, keen sense of humour and unfailing kindness rounded a personality of rare distinction. It explained, in part, the undivided loyalty and affection he inspired in his many pupils. The clinical excellence of those who trained under him, the scientific distinction of many, and the fine thriving department he created at St George’s commanded respect for the subject he professed, as well as for himself, among many colleagues in many disciplines, and enabled him to leave a lasting imprint upon the psychiatry and medicine of his time both in his own country and wider afield.

He married Marguerite Claire Gothard in 1938, his spirited and delightful wife whose unflinching courage and understanding sustained him in triumph, tribulation, and during failing health in his last few years. She survived him, with their two sons.

Desmond is commemorated by the ‘Curran Award’ at the Atkinson Morley Hospital and the Curran Memorial lecture delivered annually at St George's.