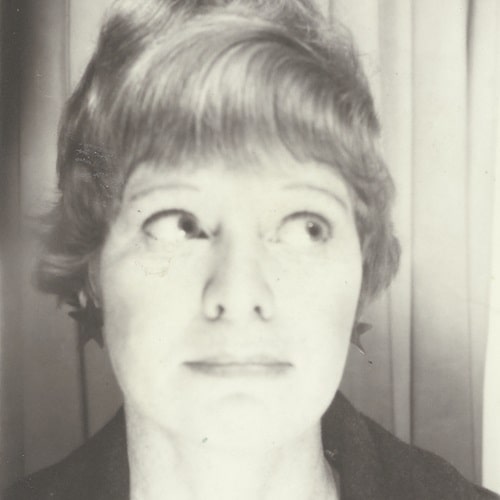 Mary Corbett, consultant rheumatologist at the Middlesex Hospital, London, was amongst the first to recognise that seeing patients early in the course of rheumatoid arthritis and studying its natural history offered the opportunity to improve treatment regimes. She understood that delayed specialist referral of inflammatory arthritis was a problem and set up outreach clinics in large local general practices to see patients within a year of onset of the disease.

Her study, known as the Rheumatoid Arthritis Prospective Study (RAPS) and a contemporaneous study by John Cosh [Munk’s Roll, Vol.XII, web] and colleagues at the Royal National Hospital for Rheumatic Diseases in Bath, demonstrated the severe toll that rheumatoid arthritis could exact on the individual and led to more rational therapeutic approaches and the earlier use of only partially effective and potentially toxic drugs in those with severe disease. Waiting until erosive joint damage had already developed had become the norm, largely because of the fear of potential drug-induced side-effects. However this approach ignored the risks of uncontrolled disease on quality of life and future disability.

RAPS showed that regular review was essential and could go some way to predicting those with a worse prognosis. Patients were seen three monthly, their symptoms recorded, all of their joints examined and blood tests and X-rays were reviewed. Mary and her colleagues demonstrated that persistently swollen joints were at risk of progressive, irreversible damage from underlying chronic synovitis. The chronic synovitis of rheumatoid arthritis is not affected by anti-inflammatory agents, although they reduce the symptoms of pain and stiffness. Even if the patient was more comfortable, damage and disability developed. She was amongst the first rheumatologists to use the so-called ‘second line’ treatments in combinations. She published widely with her trainees on their findings and these papers were seminal and influential.

Born in London, Mary was the eldest of three daughters. Her father, Harry L Corbett, was a Stock Exchange clerk. She took A-levels in English, French and Classics, but decided at a young age to study medicine and won a scholarship to the Royal Free Hospital Medical School. Chemistry, physics and biology were covered during the first year of her medical course. She was appointed as a registrar in rheumatology at the Middlesex Hospital in 1963. Her hard work and intelligence were soon apparent and she was appointed as a consultant rheumatologist at the Middlesex in 1969 – only the third woman to be appointed as a consultant by a then conservative hospital.

She started RAPS whilst a senior registrar and nurtured it (and the colleagues who worked on it with her) with enthusiasm and devotion until she retired. She kept legible and meticulous notes in a distinctive italic hand, clearly describing the patient’s clinical disease and its impact. Improvement is triumphantly recorded, deterioration immediately treated. Perhaps her only clinical failing was the infrequent use of corticosteroids, because of the impact on her of seeing patients early in her career who demonstrated their all too apparent side-effects. She was approachable, friendly and listened well and was interested in every aspect of her patient’s lives and of the impact of their arthritis on them. They responded with honesty and affection and usually did as she asked of them.

Mary was a lucid and enthusiastic teacher. All students at the Middlesex studied rheumatology and enjoyed the clinical teaching sessions which were attended by all the staff. During these the students were each challenged to give a brief presentation on anything that interested them as a means of developing their presentation skills. Another feature of her educational enthusiasm was the development of a slide library of interesting and representative clinical presentations and signs, X-rays and pathological slides, and she encouraged trainees to add to the collection.

Mary was understandably proud of the Middlesex rheumatology department. RAPS provided important material for the immunology unit under Ivan Roitt, Frank Hay and Peter Lydyard to study. In the late eighties, when it became clear that the Middlesex and University College hospitals were to merge, she understood that a merged rheumatology unit would thrive in the purpose-built Arthur Stanley House at the Middlesex. She welcomed her new colleagues and they immediately felt at home. The department is now one of the biggest and most successful academic rheumatology units in the country. During her retirement she was delighted as she saw the department going from strength to strength.

Those of us who had the privilege and pleasure to work with Mary Corbett remember her for her ready wit, her charm and her enthusiasm for protecting what she saw as essential for the care of her patients – time and attention to detail. She stood up for what she believed in, and usually won.

In her retirement, Mary took up stained-glass making, studied French and travelled extensively with Jean Colston, her friend and companion of 50 years. She bore her last illness with bravery and forbearance. She is survived by Jean and by her two sisters, Margie and Sue.