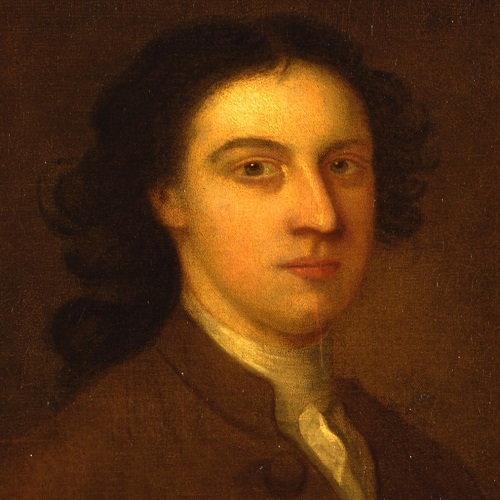 Mark Akenside, M.D., was the son of Mark Akenside, a substantial butcher at Newcastle-upon-Tyne, and was bom in that town the 9th November, 1721. He had the earliest part of his education at the grammar school of Newcastle; but his parents were dissenters and they soon removed him from that school and placed him at an academy in the town kept by Mr. Wilson, a dissenting minister. The future poet and physician was destined by his parents for the ministry, and with this in view he was sent to Edinburgh in 1739; but his inclination leading him to the study of medicine, he returned a sum of money he had received from the Dissenters’ Society, and in his nineteenth year commenced attendance on the medical classes at Edinburgh. He remained at Edinburgh two years, and applied himself with great diligence to the study of physic. On the 30th December, 1740, he was admitted a member of the Medical Society of that city; and in that capacity acquired much reputation by his readiness and facility as a speaker. He settled in his native town as a surgeon, but after a short stay there proceeded to Leyden, where he took the degree of doctor of medicine 16th May, 1744 (D.M.I. de Ortu et Incremento Fœtus Humani. 4to.).

There he made the acquaintance of Mr. Dyson, a law student, and being of congenial tempers, a friendship was then commenced which lasted through their lives. Returning to England, Dr. Akenside, in June, 1744, settled as a physician at Northampton; but remained there for a year and a half only, the medical practice and emoluments of that town and neighbourhood being then engrossed by Dr. Stonehouse. Akenside then came to London, under the patronage of Mr. Dyson, who had then been called to the bar, and was possessed of a handsome income, with a portion of which he supported his friend, while he was endeavouring to make himself known as a physician. On Mr. Dyson’s becoming clerk of the house of Commons, he purchased a house at North End, Hampstead, where Akenside dwelt with him during the summer season. Mr. Dyson, with a generosity rarely witnessed, having assigned to Akenside an annual income of three hundred pounds to enable him to make his way in the metropolis, he, in 1747, removed to Bloomsbury-square, and became a candidate for town practice. He was admitted a Licentiate of the College of Physicians 25th June, 1751; but having, on the 4th January, 1753, been created doctor of medicine at Cambridge, he was admitted a Candidate 16th April following: and a Fellow, 8th April, 1754.

He was Censor in 1755 and 1760; was Gulstonian Lecturer in 1755; Croonian Lecturer in 1756; (1) and Harveian orator in 1759. In 1759 he was elected physician to St. Thomas’s hospital, and assistant-physician to Christ’s hospital; and in 1761, through the interest of his friend Mr. Dyson, was appointed physician in ordinary to the queen. Dr. Akenside died at his house in Old Burlington-street, of a putrid sore throat, the 23rd June, 1770, in the forty-ninth year of his age, and was buried at St. James’s, Piccadilly. " He was much devoted to the study of ancient literature, and was a great admirer of Plato, Cicero, and the best philosophers of antiquity. His knowledge and taste in this respect are conspicuous in his poems and in the notes and illustrations which he annexed to them. That he had a sincere reverence for the great and fundamental principles of religion is apparent from several passages in his writings, and he was warmly attached to the cause of civil and religious liberty." Dr. Akenside was never married, and left all his effects to his warm and constant friend Mr. Dyson. The life of Akenside has been so often written, and is of such easy access, that I have confined myself to a record of his professional career. Dr. Akenside is the author of the preface to the College edition of Harvey’s works in quarto, published in 1766 (2) and he it was who saw the work through the press. His medical publications were the following:—