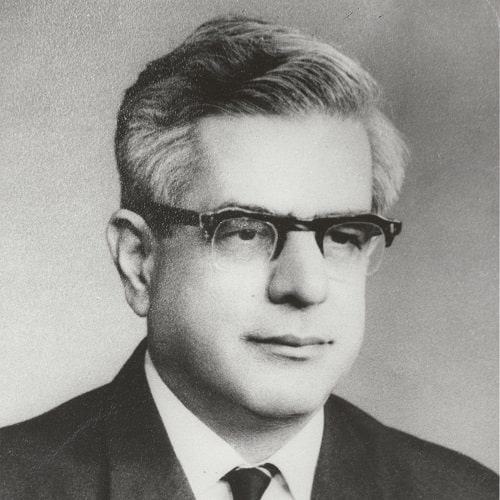 The untimely death of Maneck Bhagat, at the age of 65, when he was still active in his professional work, left a void in the field of paediatrics in Bombay.

He was born into a middle class Parsi family in 1917. During an unremarkable school career he revealed traits of character which were to stand him in good stead all his life. Although not financially obliged to do so, he insisted on paying his own way through medical college by teaching music.

He had a passionate love for western classical music, which, at one time, he wanted to make his life’s work. This was no mere hobby — he displayed real talent at the piano, which earned him the fellowship of Trinity College London at the early age of 17; and later the BMus degree of the same institution.

During the second world war, when a visiting pianist was unable to come for a concert, Maneck was asked if he would prepare the Grieg piano concerto in the short space of two weeks. He readily accepted the challenge, studying the music while travelling to hospital every day by tramcar. He gave an accomplished performance, without using the score. He performed frequently over All India Radio, gave concerts, and taught music even when active in paediatric practice. His efforts at teaching music were amply rewarded when a charming pupil became his wife, and gave him the support and understanding so essential to his career.

Bhagat’s medical education was at the KEM Hospital, where he graduated, and later obtained his doctorate. He was one of the few doctors to obtain the MRCP (London) on the single occasion that the examination was held in Poona during the war (1945).

He was influenced to adopt paediatrics as a career by Dr. Coelho, who had virtually founded the specialty in Bombay. Appointed paediatrician to the Wadia Hospital and later to the teaching staff of his alma mater, he set up the department of paediatrics at the KEM Hospital. His diligence led to his election as president of the Association of Paediatricians of India in 1960, and fellowship of the Royal College of Physicians in 1970. Visiting professorships followed, and when he retired, he was appointed emeritus professor of paediatrics at the GS Medical College and KEM Hospital. His colleagues instituted a gold medal in his name, to be awarded to the best candidate who passed the MD degree in paediatrics.

Maneck Bhagat was a man of determination, discipline, and integrity; traits all too rare in the laissez-faire environment of flexible morals that obtain today. His outspoken attitude was sometimes misunderstood. He never pandered to cheap popularity at the expense of compromising his convictions.

In his private practice he displayed a rare compassion for his patients. Many a time, even early in his practice, rather than take his fee, he would unobtrusively pay the mother, so that his baby-patient could obtain better nourishment.

Another facet of Bhagat’s personality was a subtle sense of humour. He would make the most outrageously funny remarks with a perfect poker face, which often left his not-too-bright listeners guessing.

Photography was another of his interests. He delighted in making his own slides, and produced an excellent movie film on the examination of the new born baby.

Maneck Bhagat will be remembered as an accomplished musician, paediatrician, and a man of discipline and integrity.