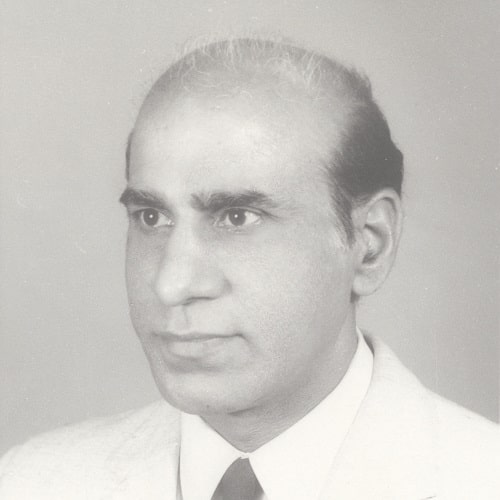 Man Mohan Singh Ahuja was an endocrinologist. He was born in Jhang, now in West Pakistan. He went on to study medicine at Madras University, qualifying in 1950. After post-graduate studies in London he joined the All India Institute of Medical Sciences as an assistant professor. He was made an associate professor in 1965 and subsequently became a professor and head of the department of medicine and endocrinology in 1971. He was also dean of the Institute.

He retired from the Institute in 1990 and joined the Sitaram Bhartiya Institute of Rehabilitation as a senior consultant, where he worked until his death. During his career he also visited Germany and New Zealand on short-term fellowships.

He was president of the Diabetic Federation of India, the Endocrine Society of India, and a member of the research committee of defence services, of the academic committees of the PGI Chandigarh, Shri Chitra Thirunal Institute, Trivandrum, and of the Sanjay Gandhi Post-graduate Institute, Lucknow. He was also a member of the expert committee on endocrinology of the Indian Council of Medical Research.

He was a recipient of many awards, including the Jawaharlal Nehuru fellowship, B C Roy award for specialty development and the Padma Shri among others.

Always suave and well mannered, he was a popular figure. His words carried a great deal of weight and his opinion was respected in academic circles. He was a very good bedside teacher. His calm and kindly disposition was appreciated by colleagues and the public alike.