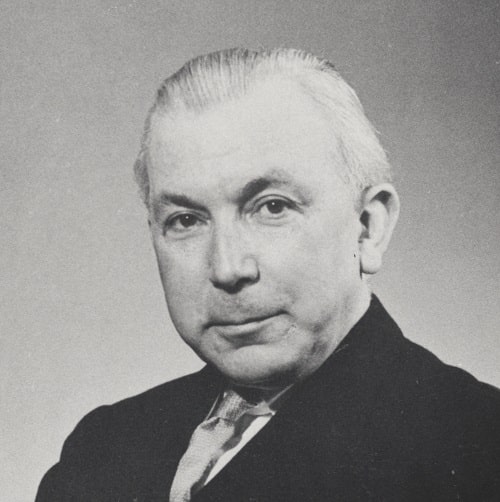 Henry Cohen was born in Birkenhead and was educated at the Church School of St John (where the fees were 2d a week), then proceeded as a scholar to the Birkenhead Institute. From there he won a scholarship to Oxford, but on grounds of expense he transferred it to Liverpool, and even there he felt obliged to walk to and from the ferry each day to cut down his expenses.

His original intention had been simply to study medicine in order to become a criminal lawyer, but as his work continued he realised that medicine alone had enough to offer him. He graduated in 1922 with first class honours and distinction in every subject in the curriculum, and obtained the MD with special merit in 1924. In the same year he was appointed assistant physician to the Liverpool Royal Infirmary, where he remained on the staff until his retirement 41 years later.

To obtain such a post within two years of qualifying shows not only the exceptional brilliance of Cohen, but also the remarkable perspicacity of those who elected him and, as will be seen, his subsequent career showed that they were fully justified. By 1934 it was clear to his seniors that he was the obvious choice for the chair of medicine at the University of Liverpool and from this time to the end of the war he rose to eminence in the conventional way; election to the FRCP in 1934, later an examiner to the College and member of Council 1943 to 1946.

Of the same standard as his great clinical competence was his ability to speak in public, and his lectures and orations were brilliant resonant performances, showing originality, breadth of vision, erudition and wit. Towards the end of a long series of named lectures came the Harveian Oration at the Royal College of Physicians in 1970, on the motion of blood in the veins.

Another aspect of his greatness was his grasp of administration, particularly as chairman of committees, and it was this capacity which was to be of special use after the introduction of the NHS. He had little or nothing to do with the original idea of the Service, yet once the scheme turned into reality, he became one of the principal expert and voluntary advisers to the Ministry. He became more and more a regular part of the advisory machine, and before long a quite indispensable pillar of the system.

He was the first vice-chairman of the Central Health Services Council when it was formed in 1949, and became chairman in 1957. His great contribution to the NHS was that he brought to the Ministry the professional knowledge of the active clinician, so that the administration was kept closely in touch with the outside medical world — a service that its desk doctors could not hope to provide. In recognition of his talents he received a knighthood in 1949, and it was as Sir Henry Cohen that he was elected president of the BMA in 1951.

Many people nowadays think that there is a sharp distinction between the clinician and the medical administrator, and it is most stimulating to reflect that Henry took both in his stride. As his Reader, it is as a clinician that I remember him — I always attended his rounds and was amazed at the skilful way he logically unravelled difficult clinical problems, and how well he could hold his own in any branch of medicine. To the undergraduate his teaching and his lectures were a delight, and many generations remember him with affection.

Brilliant as he was, it was hard work which contributed greatly to his success. Not for him the Friday exodus to Wales, but rather outpatients for many years on Saturday afternoons. He knew too the meaning of stress. His humble origins and rapid rise led to jealousies, and he once told me that anyone worth his salt must inevitably have enemies.

In 1952 he was seriously ill with a coronary thrombosis over which, after several anxious weeks, he triumphed with characteristic intelligence. Unlike most doctors, he strictly adhered to the medical advice he was given, and on recovery gave up his vast private practice and dedicated himself to the national work of the organization and advancement of British medicine. He presided over countless committees and was a household name to general practitioners, who had good reason to bless the Cohen categories as they struggled with the drugs to be used in the NHS. One of his most important scientific contributions arose by virtue of his chairmanship of the committee dealing with the organization of poliomyelitis vaccination in this country.

He also played a large part in the preparation of the reports on the medical care of epileptics and on staphylococcal infections in hospital, to mention just two among many. His remarkable memory and powers of exposition made him a formidable figure in the councils of the Ministry of Health, and the debt owed to him by successive Ministers and departmental heads was immense.

For these great administrative talents he was created a peer in 1956, the first physician from the provinces to be raised to the House of Lords. When he made his maiden speech on the subject of vivisection, Lord Silkin, deputy leader of the Opposition, said that he had never heard a more effective maiden speech in the House. The Lancet of the day, in congratulating him on his title, spoke of ‘his union of quietness with brilliance, of delicacy with endurance’, and said of his advice to all the Ministers of Health since the NHS started that ‘no explorer of this part of medicine can go far without finding the tracks of some pioneer Cohen committee in the sand’.

It was appropriate that his great grasp of medicine and his legalistic bent were harnessed together when he became president of the General Medical Council in 1961, and anyone reading his summings-up cannot fail to appreciate his humanity - the cold analyses of the facts were not followed up by harsh judgments.

It is said that, during his presidency, the young increasingly came to regard him as symbolizing rigidity in the Establishment, but it may well be that when the dust has settled, his most criticized actions will be seen to have been fully justified.

Another honour which Cohen enjoyed shortly before his retirement was his election (in 1964) to the presidency of the Royal Society of Medicine. Here he took his place in a long line of distinguished men, and he was awarded the gold medal of the Society in 1971. He received honorary degrees from several universities, and was an honorary fellow of many medical colleges and societies both at home and abroad. In 1970 he became chancellor of Hull University.

Outside medicine, his first love was the theatre, and he took an active part in the running of the Liverpool Playhouse. He personally helped to select the plays, and, as he was no starry-eyed intellectual but a shrewd business man, the Liverpool repertory company was one of the few in the country to make money. His favourite theatre story was that when, as a small boy, he had taken the part of the first watchman in Much Ado About Nothing, it had been reported in the local press that ‘the first watchman had two lines to speak and both were inaudible’. His later distinction as an orator showed that the words of the critic had not fallen on stony ground.

His other great love outside medicine was the collection of old silver, and when he was president of the Liverpool Medical Institution in 1954 his inaugural lecture on the subject delighted his medical and lay audience. As he said, it satisfied the intellect as well as the aesthetic senses as a leisure occupation. Nevertheless, his pastimes were not all intellectual; he enjoyed his television sporting programmes, and when talking to patients he always knew the results of the Reds and Blues football matches in Liverpool.

His publications included New Pathways in Medicine (1935); Nature, Method and Purpose of Diagnosis (1943); Sherrington: Physiologist, Philosopher and Poet (1958); and The Evolution of Modern Medicine (1958), besides numerous contributions to journals and medical books.

† The list of honorary degrees is too lengthy to include in entirety.