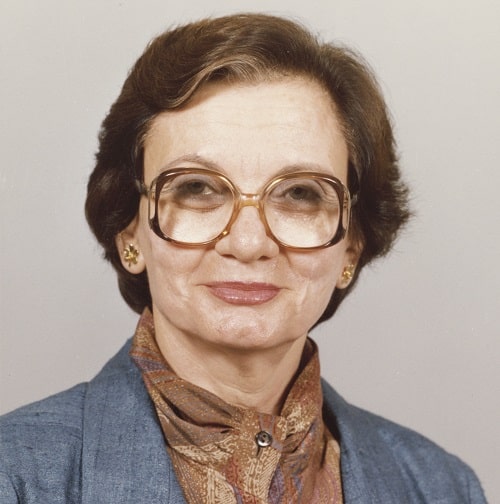 Laman Amin-Zaki was a former professor of paediatrics at Baghdad University College of Medicine, Iraq. She was born in Baghdad, the daughter of Mohammed Amin-Zaki, a scholar and educationalist, and qualified at the Royal College of Medicine, Baghdad, in 1945. After house posts at the Children’s Welfare Hospital, she continued her training in the UK, at hospitals in Edinburgh, Liverpool and London. She obtained her Diploma in Child Health in 1949. On returning home, she was appointed as a clinical teacher in the paediatric department of the Royal College of Medicine, Baghdad.

Beside her clinical and teaching duties, she was interested in social paediatrics and was the founder and first director of Maternity and Child Health Services in Iraq, a post she held until 1958. She also founded the first day nursery for children of professional women and the first nursery for working class mothers in the Sheikh Omar district in Baghdad. She was a founding member of the Iraqi Society for Handicapped Children and, in 1948, founding chairman of Beit-al-Arabi Society for Palestinian Children of Women Refugees. She was awarded the silver star medal of the Red Crescent Society for her services to children in Iraq.

In 1958 Laman Amin-Zaki was appointed chairman of the paediatric department, and she held the post until late 1979. She was a popular teacher who took her students (both medical and nursing) outside lecture halls to district outpatient and maternity and child health centres around the city of Baghdad. In 1969 she was appointed professor and in 1970 chairman of the committee organising advanced courses in paediatrics leading to the diploma in child health. She also participated in courses for physicians and paediatricians leading to the MRCP part one examination. In 1981 she was elected a Fellow of the Royal College of Physicians of London, in recognition of her efforts in promoting paediatric teaching and her scientific research. She served on several committees of the World Health Organization and UNICEF, and was a member of the executive board of the International Paediatric Association. In Iraq, she founded and was the first president of the Iraqi Paediatric Association (from 1967 to 1980).

She had a broad interest in all fields of paediatrics and wrote on nutrition, mental retardation, infectious diseases and social paediatric problems in Iraq. However, her most important scientific contribution was her clinical studies and research work on pregnant mothers, suckling infants and children who were poisoned or exposed to methylmercury during the vast epidemic which took place in 1971 in Iraq. Until her retirement in late in 1979 she reported her findings and followed her patients and their offspring not only in hospital wards, but also in the Mussayab al-Kabir rural area in the Euphrates basin, south of Baghdad. She published numerous articles on neonatal mercury poisoning in leading medical journals in Europe, Britain and the US, and wrote chapters in several books on the subject. She was an elected member of the WHO committee on mercury poisoning and was invited to lecture on the subject to international conferences in the UK, USA, Spain, Canada, West Germany, Japan and China. She was also a member of the scientific committee organised by McGill University which carried out an epidemiological study on the effects of methylmercury on the native American residents of north west Quebec.

In 1981 she was appointed by the Ministry of Health in United Arab Emirates as a consultant paediatrician to the Central Hospital, Abu Dhabi. Two years later she moved into private practice and worked with her husband in his clinic.

Laman Amin-Zaki was a modest and unassuming woman, much loved by her patients and respected by her many students and colleagues for her help and kindness. Outside medicine she was a fluent speaker on social matters and literary subjects. She died in Abu Dhabi from carcinoma of the breast, and left a husband, Salem al-Damluji (FRCP), two sons (one – Saad – also an FRCP, the other, a professor of engineering) and one daughter, an architect.