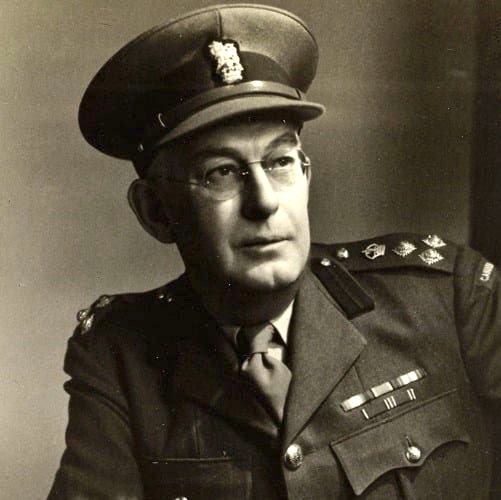 Jonathan Meakins fully deserved all the academic honours granted him during his long and distinguished service to medicine, for he was one of the first leaders to demand a break with its orthodox outlook at the beginning of the twentieth century, and to teach the importance of the physiological approach to its problems. He was born in Hamilton, Ontario, the son of Charles William Meakins and Elizabeth, née Campbell. He graduated from McGill University in 1904.

He spent two years as a resident at the Royal Victoria Hospital, one in the department of bacteriology at Johns Hopkins, and two with Eugene Opie in the department of pathology at the Presbyterian Hospital, New York. In 1912 he resigned his recent appointment as director of the department of experimental medicine in his own University for further post-graduate work with Sir Thomas Lewis and Sir James MacKenzie, returning to Montreal just before the outbreak of war in 1914.

He came back to England with No. 3 Canadian General Hospital in May 1915, but soon rejoined Sir Thomas Lewis, who had begun work with Dale, Haldane, Barcroft and Cushny on the study of the physiological problems arising from gas and other hazards of war. By the end of the war he was recognised as a brilliant investigator, well worthy of his appointment to the Christison chair of therapeutics and clinical medicine at Edinburgh in 1919. There, with characteristic energy and foresight, he set up laboratories and introduced scientific research at the Royal Infirmary.

His debonair manner made him a great favourite with students. He could enjoy life to the full, and yet find time to write his book, Respiratory function in disease (1925), the first to be written on that subject, and be a member of Barcroft’s expedition to the Andes, which made a comprehensive study of the effects of high altitude.

He was editor of the American Heart Journal from 1950 to 1958, and his The Practice of medicine quickly went through six editions (1936-56). In 1939 he was appointed deputy director of medical services in the Canadian Army with the rank of brigadier, and was still able to take over the duties of dean of the faculty at his University School of Medicine in 1942. Meakins was indeed a great man.

In 1911 he married Dorothy, daughter of Fayette Brown, of Montreal. She died in 1926. His second marriage, to Sara Caldwell Young, took place in 1928. There were two children of the first marriage, a daughter and a son, who became a doctor.

* He was elected under the special bye-law which provides for the election to the fellowship of "Persons holding a medical qualification, but not Members of the College, who have distinguished themselves in the practice of medicine, or in the pursuit of Medical or General Science or Literature..."