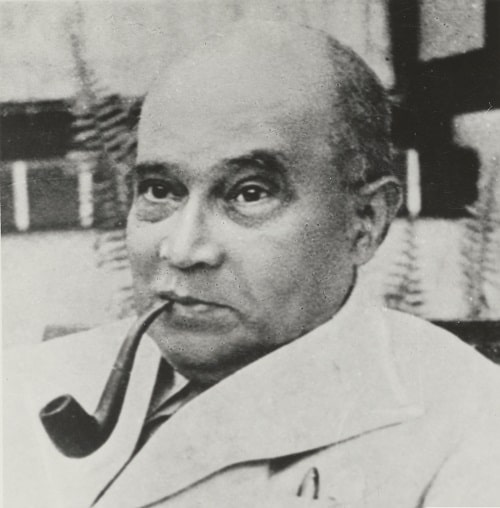 John Robert Blazé was born in 1892 at Badulla in Ceylon, the eldest son of Robert Ezekiel Blazé. The family was of Dutch origin, its forbears having served the Dutch East India Company in the seventeenth and eighteenth centuries when the Hollander ruled over the maritime provinces of Ceylon.

Blazé’s father was Crown Proctor of the provincial town of Badulla; his mother, Anne Laura, was the daughter of John G. Paulusz of the audit department of the Ceylon Government railway. She had the distinction of being the first schoolgirl in Ceylon to pass the Senior Local examination of Cambridge. The Blazé family was well-known both in Badulla, a rapidly developing tea-planting district, and in Colombo; one uncle, John Thomas, who won a Queen’s scholarship to Merton College, Oxford, was a distinguished lawyer and served the Government as police magistrate in various provincial towns; another, Louis Edmund, was to found Kingswood College, Kandy, and to acquire a great reputation as an educationist and antiquarian.

John Blazé was educated at Royal College, Colombo, from 1903 to 1912, during the principalship of Hartley, who was both a good classics scholar and a keen student of modern languages. It was not surprising, therefore, that Blazé was trained as a classics and a good arts man, and kept up his interest in the classics and in French and Dutch throughout his life. He won a scholarship to the Ceylon Medical College in 1913, and, after a noteworthy student career there, winning the Matthew gold medal for forensic medicine, obtained his licentiate in medicine and surgery in 1918, with a first class in his finals.

His first appointment—in February 1919—was that of assistant medical officer in the recently organised anchylostomiasis campaign of Ceylon. Thereafter he served in the sanitary branch of the medical service for four years in various provincial stations. In 1926 he was appointed physician to the out-patients department of the General Hospital, Colombo. In 1929, while on leave in England, he studied at University College and in 1930 obtained his M.R.C.P, and his M.D.

In 1931 he was appointed acting fourth physician of the General Hospital, Colombo, of which in 1936 he became senior physician. During World War II he served as honorary consulting physician to the Ceylon Defence Force. In 1947 he was elected to the court of the University of Ceylon, and in 1952 was appointed professor of medicine. He retired in 1957, and shortly after took up an appointment under the World Health Organization in Afghanistan. In 1951 he was awarded the O.B.E.

In 1936 Blazé was elected president of the British Medical Association(Ceylon branch), delivering his presidential address on nervous diseases in Ceylon. He was vice-president of the Ceylon Medical Council from June 1952 till his death. Among his published papers was a report of the first use of atebrin by injection in the Indian Medical Gazette (1935, 70, 185-8).

John Blazé was a very gifted lecturer and teacher. He could infect his students with his interest in his subject, delighting them with a quiet humour which ranged from the mischievous to the caustic. As an administrator he was fearless and impartial, always scrupulous in his attention to the interests of the unrepresented and the underprivileged. Perhaps the legal background gave him his keen eye for the wrongs of others. As a clinician he had idiosyn-cracies of forthrightness and plainness of speech, but when the best was called for he gave it, inspiring his patients with a will to live which matched his own determination to bring to bear on the case all the resources of his skill and knowledge.

Throughout his life he was devoted to his books—reading Euripides and Voltaire with equal pleasure. He was elected president of the Classical Association of Ceylon in 1943, delivering his presidential lecture on the epigrams of Martial. He made a special hobby of collecting books on the Dutch period in Ceylon history and was a member of the council of the Royal Asiatic Society (Ceylon branch).

His flair for the byways of learning took him to heraldry, jade, Celadon ware and the designs of Turkish carpets. He was a man of uncommon generosity—his patients and friends remembered his complete forgetfulness of self whenever appeal was made to him. He was always good company, a clubbable man if ever there was one, and a stimulating conversationalist. He knew and loved the countryside of Ceylon, its jungles, their flora and fauna. It was altogether fitting therefore that, grievously ill though he was, he held off death till the ship bringing him back from England arrived at his homeland.

He married in 1941 Carlotta, the daughter of Bertram Sansom of H.M. Customs, Colombo. There were two children of the marriage —a son and a daughter.