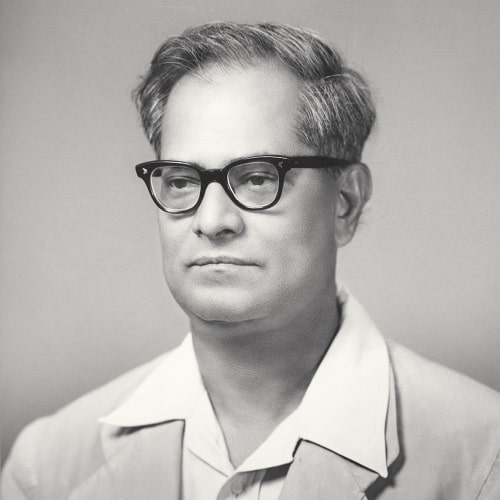 A distinguished West Bengal physician, with special interests in cardiology and respiratory diseases, Joges Chandra Banerjea had, in a long life, a profound influence on medical practice and medical education in India. He was born in Bankura in 1901, the son of an eminent lawyer. He made a brilliant start to his career in medicine in Calcutta, winning gold medals and other distinctions in many examinations. He was awarded the Coates medal by the University of Calcutta for outstanding contributions to medical research at an early stage of his career.

After qualifying MB from Calcutta University with distinctions, in 1925, he went to England to take his MRCS LRCP and later his MRCP. On return to India he joined the Medical College and Hospital of Calcutta and ultimately became professor and director of medicine from 1955 until retirement in 1966. He was an active member of the Senate of Calcutta University for many years. He was awarded ‘Padmabhusan’ by the President of India in 1965 (a very distinguished national award) for his life-long dedication to medical research ‘for the benefit of mankind’. When he was elected FRCP in 1961 he was believed to be the first physician in West Bengal to be so honoured. Later he was the first West Bengal doctor, possibly the first in India, to become a fellow emeritus of the American College of Chest Physicians.

Banerjea was a most kindhearted person. After his death it was learnt that he had helped a number of distressed students who were unable to continue their studies through lack of money. He was a generous contributor to religious organizations, and gave a considerable sum to the Cardiological Society of India to enable them to offer a prize in the name of his deceased beloved wife: the ‘Uma Rani Banerjea Memorial Oration Award’.

[Sources: RCP records and personal communications from his family]