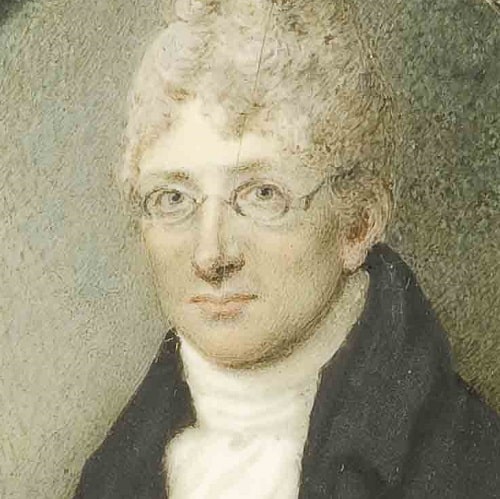 James Curry, M.D., was born in the town of Antrim, and graduated doctor of medicine at Edinburgh 13th September, 1784 (D.M.I. de Humorum in Morbis Con-tagiosis Assimilatione). On completing his medical education he obtained the appointment of surgeon to an East Indiaman, with the design of practising in Bengal, but the state of his health prevented his doing so, and returning to England he settled at Northampton, where he remained for some years, and held the office of physician to the County hospital. Removing to London, he was, on the 25th June, 1801, admitted a Licentiate of the College of Physicians, and on the 10th March, 1802, was appointed physician to Guy’s hospital. Dr. Curry is remembered as a shrewd and observant physician. He insisted on the importance of attention to local disorders, as well of function as of structure, and especially to those of the abdominal organs, and his precepts and example led the way to that freer employment of mercurial remedies which characterised English medical practice in the first half of the nineteenth century.

Dr. Curry’s portrait by Simonam was engraved by Mills. He died 26th November, 1819, and was the author of—
Observations on Apparent Death from Drowning and Suffocation: with an Account of the Means to be employed for Recovery. 8vo. Lond. 1793.
Examination of the Prejudices commonly entertained against Mercury, as beneficially applicable to the greater number of Liver Complaints, and to various other forms of Disease, as well as to Syphilis. 8vo. Lond. 1820.
A Brief Sketch of the Causes which give rise to the High Price of Grain. 8vo. Lond. 1815.