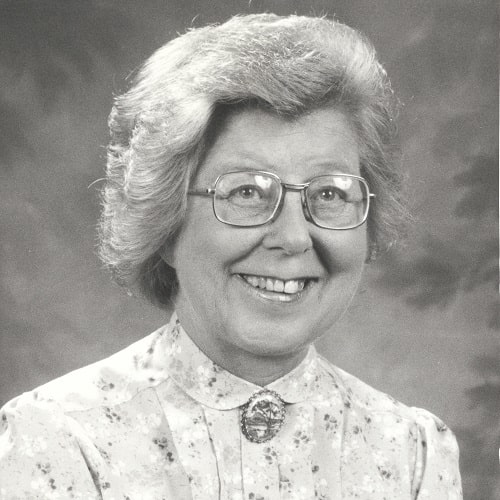 Hilary Andrews was a consultant microbiologist at Wexham Park Hospital, Slough, Berkshire. She was born in Hull, the daughter of John Mitchell Crawford, a telegraphist, and Fanny May Crawford née Barnett, a teacher. She attended school in Harrow Weald and went on to Bedford College, London. She then entered Charing Cross as a medical student.

After a house surgeon post at St Albans City Hospital, she took a post as an assistant resident and fellow in cardiology at Johns Hopkins Hospital, USA. Two years later, she returned to the UK and became a medical registrar to Eric Bywaters [Munk’s Roll, Vol.XI, p.86] at the Canadian Red Cross Memorial Hospital, Taplow. She then entered training in medical microbiology, subsequently becoming a senior lecturer in microbiology at Charing Cross Hospital. A one-year position at the Reading Public Health Laboratory was followed by her appointment as a consultant microbiologist to the East Berkshire District in 1976. She was originally based at King Edward VII Hospital, Windsor, and transferred to Wexham Park Hospital when the laboratories were centralised in 1983.

Hilary was widely respected as a very sound microbiologist and a source of helpful advice on managing difficult or complex infection problems. Her professional life was made much more difficult by the development of chronic renal failure, necessitating regular dialysis. This took several hours each week and she found the whole process very debilitating. She used to describe how she would commence each dialysis by reading the scientific journals in microbiology and infection, but as the process continued she became increasingly tired and could only manage trashy magazines by the end of the session! She managed to work full time as the sole microbiologist in the district despite these considerable difficulties, but would occasionally have to rush to Charing Cross Hospital when pyrexia and rigors signified the development of bacteraemia. The daily restriction of fluid intake was also very irksome.

Fortunately a donor kidney became available for Hilary. Although the transplant was successful she obviously found the experience as a patient in the renal transplant unit rather harrowing and wrote a poignant account (anonymously) which was published in The Lancet (‘A new kidney, a new life’, 27 June 1987, Vol.329, Issue 8548, pp.1481-2). She retired shortly thereafter and moved to Reigate with Allon Andrews, her husband, whom she married in 1964.

Hilary was interested in sailing and gardening, and enjoyed playing the piano until arthritis made this impossible. Her conscientious and very well-informed advice was much appreciated by clinical colleagues, and she willingly played her part in management of the hospital pathology service. Predeceased by her husband, she left one son and one daughter.