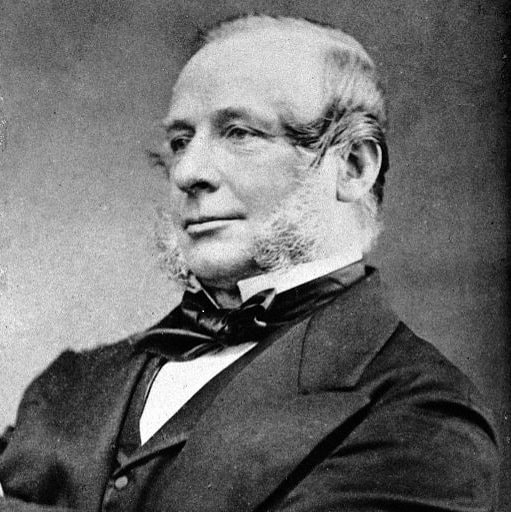 Francis Sibson was born at Cross Canonby, Cumberland, the third son of Francis and Jane Sibson. The greater part of his childhood was spent at Edinburgh, where he was apprenticed to a surgeon in 1828 and took the L.R.C.S. diploma three years later. He treated cholera patients locally during the 1832 epidemic and had a brief spell of general practice at Cockermouth before resuming his studies at Guy’s and St. Thomas’s Hospitals in London. Having qualified as L.S.A. in 1835, he became resident surgeon and apothecary to the Nottingham General Hospital.

During his thirteen years in this office he published a number of papers on the physiology and pathology of respiration which attracted attention, and on returning to London in 1848 he was able to build up a successful consulting practice. He graduated as both M.B. and M.D. of London in that year and was elected F.R.S. in 1849. When St. Mary’s Hospital was founded in 1851, he was appointed one of its first physicians; he retired to its consulting staff in 1871. He lectured on medicine, first at Lane’s School adjoining St. George’s Hospital and then at St. Mary’s.

At the Royal College of Physicians, he delivered the Goulstonian Lectures in 1854, the Croonian Lectures in 1870 and the Lumleian Lectures in 1874, and held the offices of Censor and Curator of the Museum. He was elected in 1865 to the senate of London University, in which he opposed the admission of women to degrees, and he was an early office-holder of the British Medical Association. His later writings included Medical Anatomy (1855-69) and contributions to Reynold’s System of Medicine (1866-79), and after his death his Collected Works (1881) were published by W. M. Ord. Sibson was an admirer of Flaxman’s sculptures and a collector of Wedgwood ware. He was a keen Alpine climber and died while on holiday at Geneva. His wife, whom he married in 1858, was Sarah Mary, daughter of Peter Aimé Ouvry; they had no children. His younger brother was Thomas Sibson, the artist.