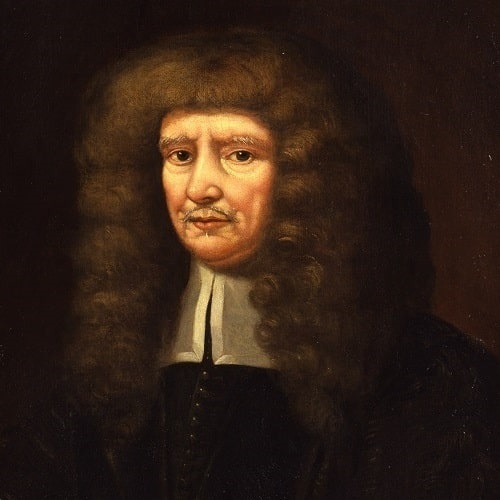 For some years after Dr. Glisson’s appointment to the Regius professorship, he resided at Cambridge; but during the civil wars retired to Colchester, where he practiced with great reputation. He was in that town at its memorable siege by the Parliamentary forces in 1648, and was the person selected on more than one occasion to solicit favourable terms from Lord Fairfax. Shortly after this he must have come to reside in London – he was certainly resident here in 1650, and thenceforward took an active part in the affairs of the College. Dr. Glisson was one of that small but illustrious body who instituted a weekly meeting in London for the purpose of promoting inquiries into natural and experimental philosophy; and which, after the Restoration, being augmented by the accession of several eminent persons, at length issued in the institution of the Royal Society, of which Dr. Glisson became, of course, a member. He was one of the first of that group of English anatomists who, incited by the great example of Harvey, pursued their inquiries into the human structure, as it were in concert, and with an ardour and success that has never been surpassed. Of these, none exceeded Dr. Glisson in judgment and accuracy. Boerhaave styles him, “Omnium anatomicorum exactissimus;” and Haller, speaking of one of his books, says, “Egregius liber, ut solent hujus viri esse.”

His first work, De Rachitide, seu Morbo Puerili, published in 1650, deserves particular notice. The preface mentions that the following Fellows of the College – Drs. Glisson, Sheaf, Bate, Regemorter, Wright, Pagett, Jonathan Goddard, and Trench, members of a private society for the improvement of themselves and their profession, communicated to each other written observations concerning this new disease. From these, it was thought proper to make extracts, and compose an express treatise on the subject, the care of which was unanimously delegated to Drs. Glisson, Bate, and Regemorter. The plan at first agreed on was, that each should take a separate part of the work and complete it. But on Dr. Glisson finishing his, which contained an investigation of the cause of the disease, to the satisfaction of the other two, but with many opinions peculiar to himself, they changed their design, and committed to him the planning of the whole work, that all its parts might be congruous and dependent on each other. This Glisson accepted, on the condition that they would assist him still, with their advice and judgment, and contribute their own observations. His next work, De Hepate, was published in 1654. In it he gives an account of the cellular envelope of the vena porte, so much more accurate than any which had been published, that his name thenceforward has been inseparably connected with it, under the designation “Glisson’s capsule.” Glisson’s third work, Tractatus de Naturâ Substantiæ energeticâ, seu de Vitâ Naturæ, ejusque tribus primis facultatibus, Perceptivâ, Appetitvâ et Motivâ, naturalibus, was published in 1672. It is a profound and laborious performance, in the very depths of the Aristotelian philosophy, with all its numerous divisions; and, though in a system and manner now obsolete, deserves admiration as an extraordinary effort of the understanding in a man of an advanced age. He dedicates it to Anthony Ashley, Earl of Shaftesbury; and in the epistle dedicatory mentions having been for several years physician to that nobleman and his family, and acknowledge the obligations he was under to him for his patronage and assistance in several difficulties he had met with. His last work, De Ventriculo et Intestinis, appeared in 1677, the year of his death.(1)

A portrait of Dr. Glisson, evidently taken when he was advanced in years, is in the Censor’s room. (2) [It was painted and engraved by Faithorne.? Soc]