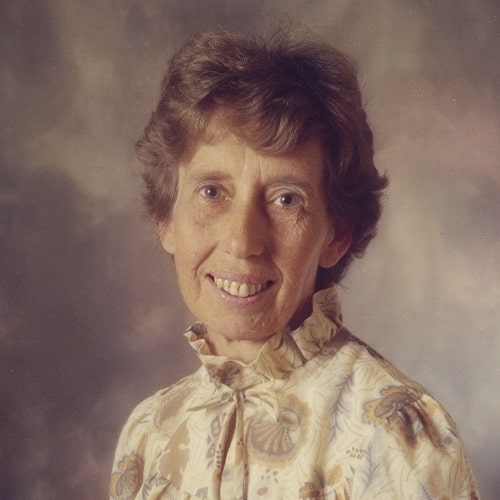 Elaine Allen was a Leicestershire lass who became a clinical neurophysiologist. Her schooling was interrupted by the Second World War when she was evacuated to Canada, but she excelled at science, gained a place at Girton College, Cambridge, and completed her medical training at the Radcliffe Infirmary, Oxford, qualifying in 1955.

After house jobs in Oxford, Norwich and Glasgow she began her neurological training in Sheffield, before moving to the Hammersmith Hospital, where she developed her passion for clinical neurophysiology. After spending some time at the National Hospital for Nervous Diseases, she emigrated to Canada in 1968 to take up the appointment of consultant clinical neurophysiologist and paediatric neurologist at the Children’s Research Institute, London, Ontario.

In 1969, Elaine returned to England to take up the post of clinical neurophysiologist to what at that time was the Devon health area. She worked mostly in Plymouth, but also undertook regular sessions at the Royal Cornwall Hospital, Truro.

It cannot have been easy working single-handed in a small, somewhat isolated department, particularly as she was a somewhat quiet and reserved member of staff, but she slowly expanded the range of neurophysiological investigations and her work was valued by those working in the neurosciences and also in many other departments in the hospital.

Elaine saw and coped with many changes during her career, not only with the explosion of advances in neurosciences, but also the changes in the Plymouth hospitals and NHS.

In addition to her responsibilities in neurophysiology, Elaine continued to take a weekly neurology clinic and she became a senior lecturer at the University of Plymouth. She also developed links with Hallam University, Sheffield, and she supervised a number of PhD students from both universities. This collaboration resulted in a number of papers and also in the award of a number of prizes, including the institutional and V K Zworykin premiums given by the Institution of Electrical Engineers, and the Eurel prize given by the Convention of National Societies of Electrical Engineers.

Elaine never married and she had one sister, a nurse. She was a private person who was greatly loved and admired by her technicians. They valued her teaching, encouragement, kindness and advice, and gave her many years of loyal support.

Elaine retired in December 1993, but continued to carry out locum work in Truro, Exeter and Taunton. In addition, she pursued her interest in gardening, she was involved in local amateur dramatics and loved ballet. In later years she developed an interest in Egyptology. She died after a ten-year battle with breast cancer.