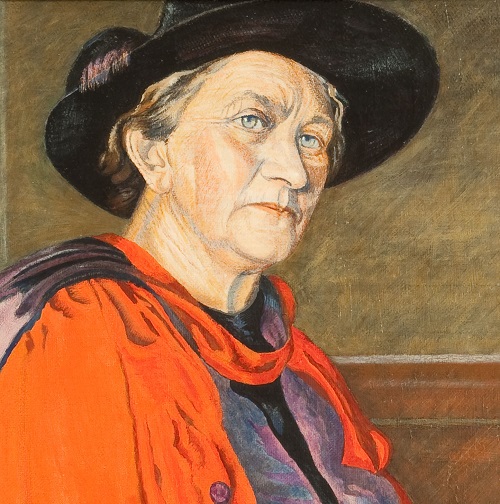 Dorothy Christian Hare was born in Bath, Somerset, the daughter of Edward Hare who had been Deputy Inspector General of Hospitals in the Indian Medical Service from 1836-1865 and had been made a Companion of the Indian Empire. Her mother was Mary Wood, daughter of a grocery merchant. She was educated almost entirely at home and privately, but she was anxious to do medicine and realized that something more formal was required. She therefore secured entrance to the Cheltenham Ladies College at 19, and went to the London School of Medicine for Women at a relatively late age. After qualification she was house physician at the Royal Free Hospital and the Elizabeth Garrett Anderson Hospital, and an assistant pathologist at the Royal Free. She took an MD in 1908, taking the DPH in 1912. There are still (1968) people left in Cambridge who remember her in practice there and speak warmly and affectionately of her.

In 1916 she went to Malta with the RAMC and saw much of military medicine and sub-tropical medicine, but in 1918 she became General Medical Director of the WRNS, for which she received the CBE in 1919. Her experience in the WRNS showed her how miserable was the plight of girls who acquired venereal disease, and during the next few years she founded two hostels, with her great friend Berenice d'Avigdor, which catered for pregnant and non-pregnant girls with this disability. In those days the treatment of venereal disease was protracted, unpleasant and not always effective, and no ordinary lodgings or mother and baby home would accept these girls. The hostels therefore fulfilled a real need. For many years Sir Thomas Barlow was the President, Dorothy Hare the Chairman, and Berenice d'Avigdor the Secretary of these hostels until they closed for the 2nd World War, when the advent of penicillin simplified the long course of treatment formerly needed.

After the war, Dorothy Hare decided to specialize and became medical registrar at the Royal Free Hospital in 1920, being awarded the MRCP in that year. She became assistant physician and physician to the Royal Free Hospital and Elizabeth Garrett Anderson Hospital and was the third woman to be elected FRCP, following Helen Mackay and Hazel Chodak-Gregory. She retired in 1937 to go round the world and then settled in Falmouth with her life-long friend, Elizabeth Herdman Lepper, who was also a distinguished physician. Her interests were mainly in colitis, arthritis and diabetes. She published various papers on 'Non specific colitis' (Brit.Med.J., 1934, 2, 162-165, Practitioner, 1934, 133, 705-716 and Lancet, 1935, 2, 767-8), and delivered two presidential addresses to the Section of Therapeutics of the Royal Society of Medicine in October 1935 and 1936, first on 'Therapeutic Observations of Non-Specific Colitis', and later on 'Therapeutic Trial of Raw Vegetable Diet in Chronic Rheumatic Conditions'. She also published 'Simple Instructions for Diabetic Patients' in 1933 and the second edition was published in 1935.

All her life Dorothy took a great interest in the arts and was in her youth a singer. In late middle age she went round the world and sent back a periodical journal with illustrations which rejoiced her friends. She was a skilled and talented artist and worked in various media - oils, water colours, scraper-board and the like. In Falmouth she threw herself into the life of the country and was responsible for organizing many Arts Council exhibitions and other activities. She played a great part in the resuscitation of the Royal Cornwall Polytechnic and did much to encourage young artists. The rather formidable teacher of her young days mellowed into a delightful, small, active woman. Right up to her late eighties she would come up to London to visit the Arts Council and see her friends, and seemed completely ageless and able to make contact with people of all ages. After a distinguished medical career she fulfilled herself completely in her retirement.

Related pages
This vexed question: 500 years of women in medicine
Browse Indexes Return to Results
We use cookies on this website. By using this site, you agree that we may store and access cookies on your device. Find out more.