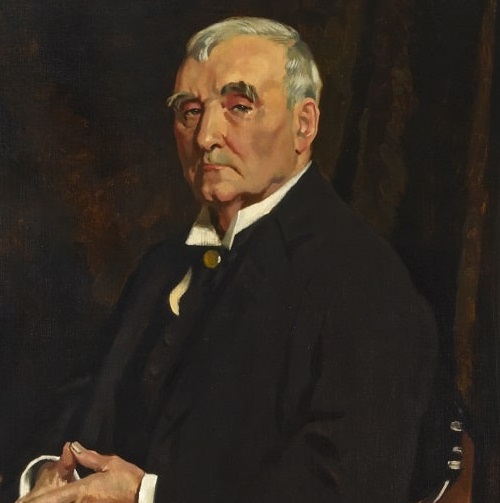 David Lloyd Roberts was born at Stockport, the son of Robert Roberts, a cotton spinner, and served in a chemist’s shop before going to school at Ripponden in Yorkshire. He was then articled to William Smith, F.R.C.S, professor of physiology at Owens College and studied at the Manchester School of Medicine and Royal Infirmary, completing his training with visits to London and Paris. After qualifying in 1857, he settled in general practice in Manchester, obtaining the post of regular surgeon-in-ordinary at St. Mary’s Hospital for Women and Children in the following year. He remained connected with this institution for the rest of his life. He was elected honorary physician in 1868 and took a prominent part in the amalgamation of Manchester hospitals which produced the two St. Mary’s Hospitals. From 1885 to 1895 he was also gynaecological surgeon to the Manchester Royal Infirmary and lecturer on clinical midwifery at Owens College. He was the author of a popular Student's Guide to Practical Midwifery (1876). More notable achievements were his edition of Sir Thomas Browne’s Religio Medici (1898) and his paper on The Scientific Knowledge of Dante (1914). Lloyd Roberts was, indeed, a man of wide culture, as well as a famous collector of art treasures — mezzotints, water colours, glass, porcelain, silver, furniture and books. He bequeathed to the Royal College of Physicians his valuable library of 3,000 volumes, including 53 incunabula. He also endowed the Lloyd-Roberts Lectures, given annually on a subject of medical or scientific interest. A friend wrote on his death "Any Manchester man could fill a book with tales, true and untrue, that have been told about Lloyd Roberts", and it was as a "character", who had defined gynaecology as "anything either curable or lucrative" and who drove daily through the busy streets of 1920 in an old-fashioned brougham, that he was widely known and loved. He married Martha, daughter of W. H. Occleshaw of Manchester, but had no children.