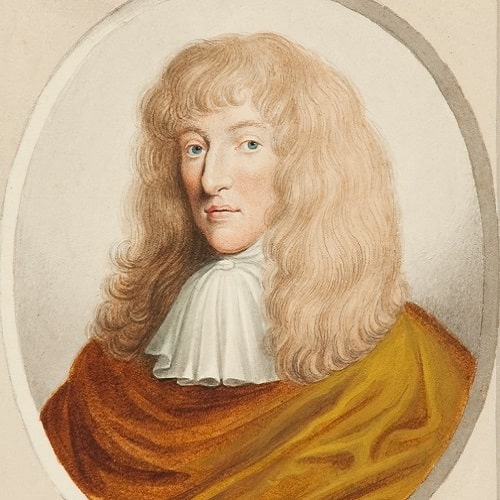 The circumstances which led to his expulsion were as follow. Dr. Merrett was a friend of Harvey, and at the opening of the Harveian library and museum, 2nd February, 1653-4, resided, or was about to reside, in the College house in Amen-comer; the lease of which, for 21 years, at an annual rent of 20l, was provisionally conceded to him 4th April, 1653, and finally concluded and ratified under the College seal, 10th February, 1653-4. Merrett, as it seems on the admission of all parties, was nominated library keeper by Dr. Harvey, a position for which he was well qualified by his residence on the spot, and his general attainments as a man of science. No doubt can be entertained that the College cordially acquiesced in the nomination, although no special mention of it occurs in the Annals; and no time was allowed to elapse ere an adequate acknowledgment was made of his services.

Within little more than four months from the opening of the library, viz., on the 26th June, 1654, the College, at a Comitia Majora Ordinaria came to the following resolution: "That Dr. Merrett, in recompense for his pains for looking to the new library, shall from the present 26th June, 1654, be discharged from paying any rent for his dwelling-house, from all quit-rent also, and taxations for the College, till such time as provision be made for him by some other equivalent way, he keeping in the interim the house in repair, and observing such statutes as shall be made concerning the aforesaid library." This arrangement, so far as the contradictory statements before us enable me to form an opinion, was satisfactory to all parties, and remained undisturbed till after the destruction of the College and library, in the great fire of 1666, notwithstanding that Harvey, in making over his paternal estate to the College, 21st June, 1656, made special provision for, and defined the duties of, the Librarian. The salary allowed him under Harvey's deed of gift was 20l per annum; the same sum which, as we have above seen, the College had already accorded to Dr. Merrett.

The duties of the office, the mode of election, &c., are thus defined: "Whereas the said William Harvey hath erected the said building for a library, and hath at his own charge furnished the same with books and otherwise as aforesaid he, the said William Harvey, doth intend, and hereby declare, that there shall for ever hereafter be a Keeper of the said library, who shall have a dwelling within the said College, and shall take the charge of all the books, pictures, statues, presses, carpets, and other utensils which are or shall be placed in the said library, and take care that the same be cleansed, swept, and preserved from dust or misusage. And that the said Keeper shall from time to time be named and chosen by the President, the two eldest Censors, and all the Elects for the time being of the said College, or the greater number of them, and shall likewise be removable at their pleasure. And that the said Keeper, so to be from time to time named and chosen, shall give security to the said College for his due and faithful performance of the said place and office."

I have quoted these directions at length, as they bear strongly on the subsequent dispute between Dr. Merrett and the College. How the ordinary duties of the office were performed by Merrett we have no means of determining; but it seems clear that the College had good grounds for complaint that so few of the books and other valuables were saved from the fire. In Goodall's "Collection of College Affairs," MSS. No. 178, now in the library, is a copy from the list given in to the President by Merrett, dated 22nd October, 1667, of books, &c., belonging to the College, saved from the fire, and then in his custody.

After the fire, the College, for a consideration of 550l, resigned to the dean and chapter of St. Paul's the lease of the ground in Amen-corner, on which the College had been situated; but in doing so, they awarded to Dr. Merrett 50l of that sum, in consideration of the loss he had sustained, and on condition that he should resign his lease held under the College from the 10th February, 1653-4: "Feb. viij. 1669. Visum etiam Dri Merrett 50 libras ex pecuniis a Decano et Capitulo Divi Pauli solvendis largiri, modo tamen syngrapham quâ ædes Collegii ipsi locabantur restituit." This amount, as we see from the following memorandum in the Annals, was paid him "14 Februarii, 1669-70. Præsentibus Do Præside Dre Geo. Ent, Dre Staynes, &c., &c. Decanus et Capitulum Divi Pauli solverunt, ex pacto, libras quingentas et quinquaginta, quarum quinquaginta in commodum Dris Merrett, conditione prædictâ, cesserunt."

With the destruction of the College and the loss of the library, it seemed to the authorities that there were no longer duties to be performed by a librarian, and, as a necessary consequence, no services to be remunerated. Dr. Merrett thought, or affected to think, differently; he represented himself as appointed for life; and, expressing his readiness to perform such duties as might be yet pertaining to the office, claimed from the College the stipend awarded by Harvey's deed. The College resisted this demand, and at a subsequent period Merret brought the question to issue in the Court of King's Bench.

At what period he first made a formal claim, I am unable to discover: but, as he was appointed Censor in 1670, it was not, probably, till after that period. On the 22 December, 1676, he desired permission to transcribe Harvey's deed of gift, but the sanction of the College was refused. Up to this time he had retained in his possession, or had secreted, the whole of the College property saved from the fire, and he was now threatened with legal proceedings if he did not give it up: "1676. Decembris 22 Dr Merrett veniam postulavit instrumentum Harvæi transcribendi, quo prædia paterna dono dedit Collegio Medicorum Regali Londinensium, sub certis conditionibus observandis. Omnium ferè suffragiis, uno vel altero exceptis, denegatum est. Etiam a multò maximâ parte suffragatum est, ut nisi brevi libros Collegii, quos penes se habet, Collegio reddat, sine morâ libellus in penes se habet, Collegio reddat, sine morâ libellus in foro Cancellariæ exhiberetur nomine Collegii contra eum, de inquirendo ubi ubi sunt libri, cæteraque Collegii qualia-quantaque bona ejus fidei concredita, et juramento saltem se purgaret."

On the 1st February, 1680, Merrett applied to the King's Bench for a mandamus, calling on the College to show cause why he was not continued in his office; why his salary was in arrear; and why he should not be reinstated. To this, the College gave in a lengthy but complete and conclusive return, to which Merrett (4th June, 1681), rejoined in a bill of exceptions, which, however, was not regarded by, the Court, and judgment was given in favour of the College. The documents are too lengthy for insertion here, but they may be seen in Goodall's MS. already quoted.

On the 30th September, 1681, Dr. Merrett was expelled from his Fellowship (1). The reasons and precedents on which the College proceeded, are given at length in the following paper, which I take from Goodall's MS. p.18: -
"The reason of Dr. Merrett's expulsion: being declared by the President of the College, Sir John Micklethwaite, non Socius, September 30, 1681.
"Dr. Merrett having four times (in a loyal manner) been summoned by the beadle of the College to be present at their public meetings, refused to come without acquainting the President, Consiliari, and Censors with the cause of his absence; which contempt of his, being contrary to the statutes of the College, and destructive of the very being of the Society, as may appear by the following statute - 'Quoniam autem complures legitimè a Præside per Bedellum admoniti, Comitiis prædictis interesse vel negligunt vel aspernantur, quo fat, ut sæpè inviti fiunt conventus, reliquique Socii Præsidis monitis obtemperantes frustra negotia sua privata negligunt: propterea statuimus et ordinamus ut si quis Socius prædicto more admonitus, ad stata Comitia Majora accedere recusaverit, quaterque hoc pacto continuò deliquerit, nec interea temporis absentiæ suæ causam Præsidi aut Propræsidi cum Consiliariis et Censoribus approbandum reddiderit, alius (quamprimum commodum videbitur Collegio) in ejusdem locum sufficiatur' - it was accordingly, proposed by the President, in a full College, upon the 30th September, 1681 (Dr Merrett being there), whether for this contempt of his in refusing to appear, upon lawful summons, contrary to the express words of the aforementioned statute, he should not be declared non Socius; and upon a full debate of the whole Society it was carried in the affirmative, and he, accordingly, at the College table, in the face of the whole Society, was declared by the President non Socius, and so dismissed the Society.

Merrett now again appealed to the Court of King's Bench, and obtained a mandamus, to which the College made their return. Judgment was once more given in favour of the College, and the power of expulsion from the Fellowship was thus established.

Dr. Merrett died at his house in Hatton-garden 19th August, 1695, and was buried twelve feet deep. We are told by Wood, in the church of St. Andrew's Holborn. He was one of the original fellows of the Royal Society and contributed several papers to the "Philosophical Transactions." He translated into English the "Ars Vitriaria" of Neri, and published the following separate works:-
Catalogus Librorum, Instrumentoram, &c. in Museo Harveiano. 4to. Lond. 1660.
Self-Conviction; or, an Enumeration of the Absurdities and Railings against the College of Physicians. 4to. Lond 1670.
The Accomplished Physician, the Honest Apothecary, and the Skilful Chirurgeon. 4to. Lond. 1670.
Some Observations concerning the Ordering of Urines. 8vo. Lond. 1682.
A Collection of Acts of Parliament, Charters, Trials at Law, and Judges' Opinions; containing those Grants to the College of Physicians, London, taken from the Originals, Law-books, and Annals. Commanded by Sir Edward Alston, Knt., President, and the Elects and Censors. Made by Christopher Merrett, Follow and Censor. 4to. 1660.
This was the basis or exemplar of Dr. Goodall's larger and well-known work on the same subject.
A Short View of the Frauds and Abuses committed by Apothecaries in relation to Patients and Physicians. 4to. Lond. 1669.
Pinax Rerum Naturalium Britannicarum, continens Vegetabilia, Animalia, et Fossilia, in hâc Insulâ reperta. 12mo. Lond. 1667.