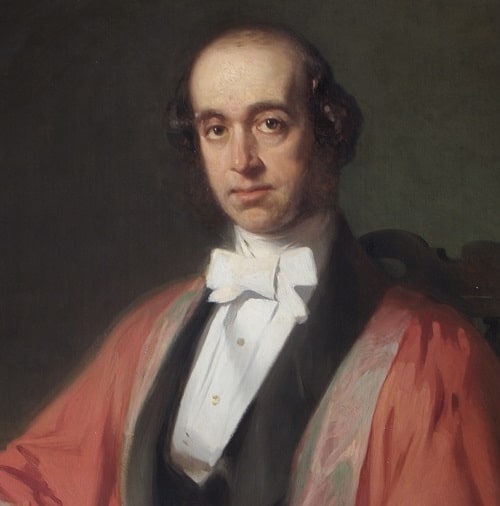 The younger son of John Richard Farre, M.D, Arthur Farre was educated at Charterhouse and studied medicine at Caius College, Cambridge, and St. Bartholomew’s Hospital. Having taken his M.B. degree in 1833, he lectured at St. Bartholomew’s on comparative anatomy from 1836 to 1837 and on forensic medicine from 1838 to 1840. In 1841, already, since the age of twenty-eight, a Fellow of the Royal Society, he was elected professor of obstetric medicine at King’s College and physician-accoucheur to King’s College Hospital, where he remained till 1863.

Farre was a man of wide abilities. He was a founder, and in 1851-52 president, of the Royal Microscopical Society. He wrote a celebrated article on The Uterus and Its Appendages (1858) for Todd and Bowman’s Cyclopaedia of Anatomy and Physiology. He built up a fashionable practice and became Physician-Extraordinary to Queen Victoria and Physician-Accoucheur to the Princess of Wales and other members of the Royal family. He examined for the Royal College of Surgeons for twenty-four years, finally resigning in opposition to proposals to admit to the midwifery examinations women possessing no medical qualifications. At the Royal College of Physicians he held office as a Censor and as Harveian Orator (1872). To its library he bequeathed a valuable collection of more than 1,000 rare obstetrical and other works. In private life he was devoted to music and a keen photographer. A believer in punctuality, he was in manner precise and formal. He died in London, a widower without children. He was the brother of F. J. Farre, F.R.C.P.