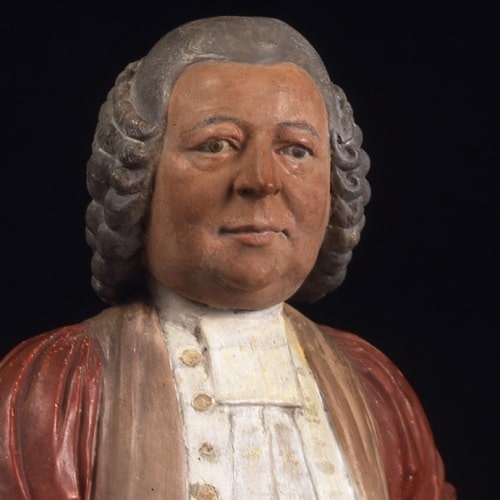 Anthony Askew, M.D., was born at Kendal, in Westmoreland, in 1722. He was the eldest son of Adam Askew, M.B., of Newcastle-upon-Tyne, by his wife Ann, daughter and co-heiress of Richard Crackenthorp, esq., of Newbiggin, co. Westmoreland. His father was a physician in such estimation at Newcastle that he was considered another Radcliffe, and was consulted by all the families of consequence for many miles around. Anthony Askew was educated at the grammar school of Sedburgh, whence he proceeded to Emmanuel college, Cambridge, of which he was elected a fellow, and where he remained until December, 1745, when he took the degree of bachelor of medicine. He then went to Leyden and remained there twelve months, soon after which we find him in the suite of the English ambassador at Constantinople. He remained abroad for three years, visiting Athens and Hungary, and returning home through Italy and Paris, where, in 1749, he was elected a member of the Academy of Belles Lettres. At Paris he had an opportunity of purchasing several rare MSS., early editions of the classics, and valuable books in various branches of science, and of laying the foundation of that elegant and extensive library which afterwards became so celebrated. Having finished his travels, he returned to Cambridge, and proceeded doctor of medicine in 1750. He settled in London; was admitted a fellow of the Royal Society 8th February, 1749; a Candidate of the College of Physicians 25th June, 1752; and a Fellow, 25th June, 1753. On the 22nd August, 1754, he was elected physician to St. Bartholomew’s hospital. He delivered the Harveian oration in 1758; was Censor in 1756, 1761, 1764, 1766, 1767; and Registrar from 1767 to his death in 1774.

On Dr. Askew’s settling in London he was visited by all who were distinguished for learning or curious in the fine arts. He soon acquired the warm friendship of Dr. Mead, to whom he had, while studying physic at the university of Leyden, dedicated his specimen of an edition of Æschylus, and who, we are told by Dr. Dibdin, " supported him with a sort of paternal zeal; nor did he find in his protégé an ungrateful son. Few minds were probably more congenial than were those of Mead and Askew: the former had a magnificence of sentiment which infused into the mind of the latter just notions of a character aiming at solid intellectual fame, without the petty arts and dirty tricks which we now see too frequently pursued to obtain it. Dr. Askew, with less pecuniary means of gratifying it, evinced an equal ardour in the pursuit of books, MSS., and inscriptions. I have heard from a very worthy old gentleman who used to revel ’midst the luxury of Askew’s table, that few men exhibited their books and pictures, or, as he called it, showed the lions, better than did the doctor. Of his attainments in Greek and Latin literature it becomes not me to speak, when such a scholar as Dr. Parr has been eloquent in their praise." Amongst the other rich stores of Dr. Askew’s library was a complete collection of the editions of Æschylus, some illustrated with MS. Notes, and likewise one or two, if not more, MSS. Of the same author, which were collected purposely with the intention of publishing an edition of Æschylus. So early as the year 1746 he had printed a specimen of his intended edition, in a small quarto pamphlet, under the title of" Novæ Editionis Tragoediarum Æscliyli Specimen, curante Antonio Askew, M.B. Coll: Emman: apud Cantabrigienses haud ita pridem Socio Commensali. Ludg: Bat: 1746." This pamphlet, which has now become very scarce, consisted only of 25 lines of the "Eumenides." It contained various readings from his MSS. And books, and the "Notæ Variorum."

Dr. Askew resided in Queen's-square. "His house was crammed full of books, the passages were full, the very garrets overflowed, and the wags of the day used to say that the half of the square itself would have done so before the book appetite of Dr. Askew would have been satiated. He saw a good deal of company attracted as well by the abundant luxuries with which his table was furnished as by the classical conversations and learned accounts of curiosities which he had brought with him from Greece. Among the literary people who were most frequently there, were Archbishop Markham, Sir William Jones, Dr. Farmer, Demosthenes Taylor, and Dr. Parr. By these distinguished persons Dr. Askew was considered as a scholar of refined taste, sound knowledge, and indefatigable research into everything connected with Grecian and Roman learning. Indeed, from his youth upwards, he had been distinguished for his love of letters, and had received the early part of his education under Richard Dawes the critic. His father, on presenting him to the schoolmaster, marked those parts of his back, which Dawes, who was celebrated for his unsparing use of the birch, might scourge at his pleasure, excepting only his head from this discipline; and Dr. Askew was wont to relate with some humour the terror with which he surveyed for the first time this redoubted pedagogue. As a collector of books Dr. Askew was the first who brought bibliomania into fashion; and no one exhibited his various treasures better than himself. The eager delight with which he produced his rare editions, his large paper copies, his glistening gems and covetable tomes, would have raised him high in the estimation of the Roxburgh club. Some, indeed, were of such great rarity, that he would not suffer them to be touched, but would show them to his visitors through the glass cases of the cabinet of his library, or, standing on a ladder, would himself read aloud different portions of these inestimable volumes. As no one had enjoyed greater opportunities, possessed more sufficient means to gratify his taste, or had an acuter discrimination, the Bibliotheca Askeviana was well-known to all at home and abroad who were in the least eminent for bibliographical research. And as he had expressed a wish that his books might be unreservedly submitted to sale after his decease, the public became ultimately benefited by his pursuits, and many a collection was afterwards enriched by an Exemplar Askevianum. (1) Dr. Askew died at Hampstead 28th February, 1774, aged fifty-two, and was buried there. On a tablet near the organ in Hampstead church is the following inscription:—

Sacred to the memory of
Anthony Askew, M.D. F.R.S.,
who exchanged this life for a better,
the 28th day of February, 1774,
in the fifty-second year of his age.

Dr. Askew was twice married: 1st, to Margaret, daughter of Cuthbert Swinburn, esq., of Long Witton, and the Westgate in Northumberland, but had no issue by her; 2ndly, to Elizabeth, daughter of Robert Holford, esq., a master in chancery, by whom he had six sons and six daughters.

The doctor’s very valuable library was sold by Baker and Leigh, on the 19th February, 1775, and nineteen following days. The MSS. were sold separately in 1781, and produced a very considerable sum. The Appendix to Scapula, published in 1789, was compiled from one of these MSS. A fine portrait of Dr. Askew is at Emmanuel college, Cambridge; and the College of Physicians possess a very curious model of him in unbaked clay, the work of a Chinese, who had been his patient; and said to be an admirable likeness. This was presented to the College by lady Pepys, the widow of Sir Lucas Pepys, bart., M.D., and a daughter of Dr. Askew. The splendid bust of Mead by Roubiliac, now in the Censors’ room, was presented by Dr. Askew 30th September, 1756. (2)

[(1) The Gold-Headed Cane. 2nd ed. Lond. P. 161, et seq.
(2) "So highly pleased was Dr. Askew with the execution of this bust, that, though he had previously agreed with the sculptor for £50, he offered him £100 as the reward of his successful talent; when, to his astonishment, the sordid Frenchman exclaimed it was not enough, and actually sent in a bill for £108, 2s. ! The demand, even to the odd shillings, was paid, and Dr. Askew inclosed the receipt to Hogarth, to produce at the next meeting of artists." The Gold-Headed Cane. 2nd ed. 8vo. Lond. 1827. p. 159]