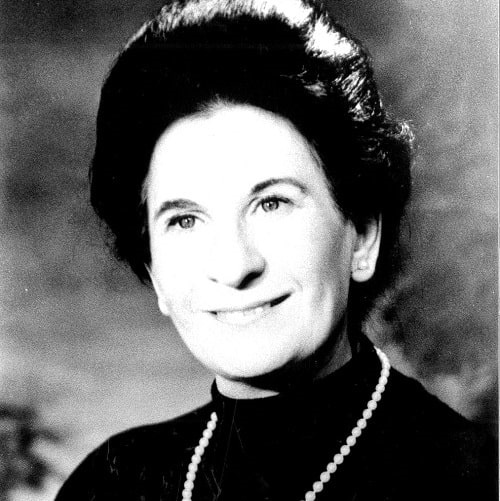 Anne Maguire was a consultant dermatologist in Lancashire and an eminent analyst. Famous for her unsurpassed skill as a master Jungian analyst in the tradition of the Swiss psychiatrist and founder of analytical psychology, Carl Gustav Jung, she published widely and lectured internationally, in addition to her dedicated work in both Harley Street and the north of England.

Anne Maguire was born in Preston, Lancashire, where her father, Richard Patrick Maguire, of Northern Irish ancestry, ran a property company. Her mother, Ruth Alice Maguire née Glencross, was the daughter of a farmer. Brought up in the hamlet of Bay Horse, Lancashire, Anne decided at an early age that she wanted to study medicine and just after the outbreak of the Second World War attended the medical school of the Royal Free Hospital in London, where she remained throughout the war. After qualifying as a doctor, she went to Liverpool, to work with the eminent physician Sir Cyril Astley Clarke [Munk’s Roll, Vol.XI, p.112].

She eventually felt it would be interesting and challenging to both study and research dermatology, since at that time the causes of so many dermatoses, often protracted illnesses, were unknown. Cures were then usually quite rare, especially before the advent of corticosteroids. She returned to London, to St John’s Institute of Dermatology, and later to Guy’s Hospital, where she remained for some considerable time. This was during the late 1950s and early 1960s, when she was the first woman to be appointed to the post of registrar to the department of dermatology. She later became a senior registrar at University College Hospital, London.

Whilst engaged in several research programmes, she was awarded the prestigious Ratclyffe Crocker travelling fellowship and chose to work at one of the great skin hospitals of the world, the venerable L’Hôpital Saint-Louis in Paris, continuing her classical education in the science of dermatology. She described this as a marvellous time and mentioned how much she enjoyed the civilised weekly ritual of everyone gathering for champagne on Friday afternoons. She also said how deeply honoured she was to be made a member of the Société Française de Dermatologie.

Whilst in Paris she was appointed as a consultant dermatologist for east Lancashire, but for many years continued to attend the monthly meetings at the Royal Society of Medicine in London and in Paris.

When she arrived in east Lancashire, she designed her unit exactly like the unit at Guy’s, both in the layout and in the way it was run. She put large posters of tigers in every room, which she says provoked a strong reaction from both children and adults who enjoyed a sense of protection by this marvellous animal. It was there that she put into practice her approach to dermatology, which was unique at that time. Her whole attitude to medicine had changed while working at Guy’s, for it was there that she developed her innovative and creative ideas about how illness is propagated and how it may be healed.

She recounted how she had inherited a huge established clinic called the chronic urticaria clinic and how, with the immense enthusiasm of youth, she assiduously sought the physical cause, but, like her predecessors, could not find one. Then she began enquiring about the patient’s inner emotional life and listened with great care as each told their story. Improvement soon became the norm and she was deluged with gifts from grateful patients. She had discovered the role of psyche in the disorder and from then on always searched for any sign of disharmony in the psychic balance of a patient, describing the organ of the skin as a superb reflector of psychic imbalance of whatever nature.

It was some time later that she trained to become a Jungian analyst. This decision was made because of two powerful dreams and a fateful meeting with Franz Riklin, Jung’s nephew, after which she knew the course of her life had changed forever.

She commuted to Zürich to undertake training in analytical psychology at the Jung Institute, working with Riklin and Barbara Hannah, both of whom had been trained by Jung himself. After the untimely death of Riklin, she worked with Hannah and then later with Marie Louise von Franz, enjoying a close friendship with both women over many years. A true Jungian, she had deep respect for the work and teaching of C G Jung who was, in her view, the great enlightener of our age. She worked relentlessly on her own psychic life in order to become aware of her own individual nature or, in Jungian terms, to become the unique individual she was always meant to be.

Historically, it was Sigmund Freud who described the dream as ‘the royal road to the unconscious’, and, as with Jung, who carried this work forward, Maguire held the dream to be the central essence of all analytical work. She said that dreams reveal that which we have not known or grasped or accepted in our lives, being missives from the greater personality, the Self, and the real manifestation of the Spirit. The extent of her own individuation, the maturation of the personality, was remarkable, as too was her expertise and unsurpassed skill, particularly in the analysis of dreams.

Leading a double life as an analyst and a physician, she remained immersed in psycho-dermatological research and uncovered a new disease of the skin to which she gave the name ‘lupus murinus’. She was frequently employed as an expert witness using the patch-test technique for investigating industrial skin complaints, but also, like a brilliant detective, she would uncover their psychological origin. One such case, published in The Lancet, is entitled ‘Psychic possession among industrial workers’ (1978 Feb 18;1[8060]:376-8), where she used a term common in the Middle Ages to describe a still current phenomenon, a psychic epidemic. She always said that she was indebted to the people of east Lancashire for confirmation of her knowledge of psychosomatic dermatological medicine which had begun at Guy’s Hospital, saying that she had no doubt whatsoever that psyche is the great healer in all the varied and chronic disorders of the skin.

Maguire was the author of several books and numerous articles, both medical and psychological, but it was her German publishers who were the first to recognise her as a leader in the field of psychosomatic dermatological medicine. They invited her to write several books, two of which have been published in English and are on the reading lists of many European Universities: Skin disease: a message from the soul (London, Free Association, 2004) and Seven deadly sins: the dark companions of the soul (London, Free Association, 2004). The latter formed part of a lecture series given both in Zürich and London. In addition, she gave numerous medical lectures on psychosomatic medicine, the skin and the organs of the body. She was invited to speak on many subjects of both medical and psychological interest throughout Europe and North America, lectures she delivered over many years.

Maguire was celebrated as an original thinker who always acknowledged Jung’s writings in her own work. She enthralled her audiences with her marvellous lectures. What set her apart more than anything was the wealth of case histories she would include, taking her lectures to a different level entirely, infusing them with the life blood of real Jungian psychology and bringing them to life. They were always very creative and delivered with passion and energy, enrapturing the audience. She had an immense repertoire of often amusing but apposite stories of her own life, having that rare ability to put the most profoundly difficult material into very simple language, so that people from all walks of life were able to understand.

Away from the consulting room and her prolific writing and lecturing, Anne liked to spend time in her garden and at her house in France. She was a very accomplished cook and enjoyed creating delicious French and Swiss cuisine. As a young woman she had great physical agility and excelled at fencing, which she enjoyed immensely. She also applied to and was accepted at RADA, an idea she abandoned when they would not agree to her training part-time alongside her medical studies! An extremely fit woman, she outlived her especially close friends in Paris, her many close friends in Zürich, and both her brothers, Patrick and Michael, whom she adored. She lived for many years in the family home in Preston, which she shared with Michael, a barrister on the northern circuit who specialised in criminal cases after taking silk. He had built up a formidable reputation for his incisive advocacy, a war hero who won the Military Medal in Tunisia and the Military Cross for a night advance in Italy. After his death in 2001, Anne frequently paid tribute to his extraordinary courage and fortitude, his capacity for hard work, his enormous intellect and wit as part of his open, generous character. All of these attributes were embodied by Anne herself in abundance and, like her brother, she always showed tremendous hospitality and kindness together with immense innate modesty, integrity and deep respect for truth.

Anne Maguire was greatly loved by many people and continued to work until a few months before her death, her zest for life undiminished. She was a unique individual and a great personality who, for those who were privileged to know her or to meet her and feel her genuine warmth, shone with the light of wisdom.