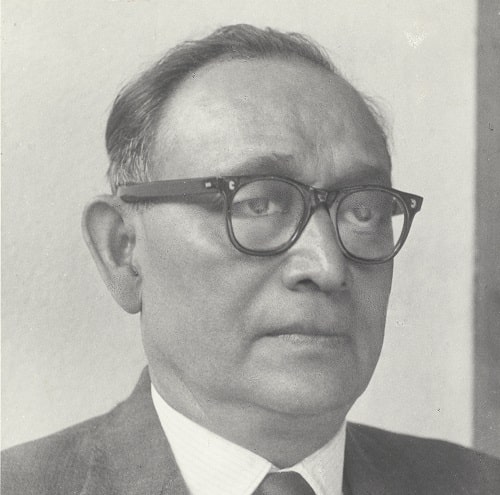 After his early education at Bongaon High English School and College of Education in the Calcutta University, Amiya Humar Basu was admitted to the Medical College, Calcutta in 1921 and obtained the MB BS degree of Calcutta University in 1927. Subsequently he proceeded to the UK for higher studies in University College, London. He obtained the Conjoint in 1930 and became a Member of the Royal College of Physicians in 1937, and a Fellow of the College in 1966.

As a teacher, Dr Basu showed keen interest in the teaching of, and research on, cardiology. He published several papers on cardiology with special reference to rheumatic and coronary heart diseases. He was for some time Chairman, Cardiovascular Section, Indian Council of Medical Research; a past President, Indian Science Congress, Medical Section; and an Examiner of Medicine for the MB and MD of different universities. He was the founder Secretary of the Cardiological Society of India, which was formed in April 1948 in Calcutta. Dr Basu was an active member of the Society and also a past President.

During the last years of his life he participated in the activities of the Indian Medical Association with regard to reform in medical education and socio-medical programmes. He was the Hon. Editor of the IMA Journal (1967-72) and a past President of the West Bengal Branch of the IMA.

He was also actively associated with the Peoples’ Relief Society and the Students’ Health Home of which he was a President. He strongly felt the need for the socialization of Medicine, and on this aspect he wrote several times in the Journal of the Indian Medical Association.

Besides these academic and socio-medical activities, Dr Basu was interested in sports and represented the College in all outdoor games. In 1936 he married Chameli Basu, MSc (Calcutta), BSc (Statistics) (London), daughter of Dr Jawarlai Dutt — a medical practitioner. He had one daugher and one son, both of whom are now resident in the USA.