Dame Sheila Sherlock (1918–2001) was an innovator and pioneer of medical advancement. She was the driving force behind the foundation of the specialty of hepatology, and her career glitters with ‘firsts’.

She studied medicine at Edinburgh University, and was one of the first women to be awarded the title of Ettles Scholar. The subject of her thesis for an Edinburgh MD and gold medal in 1945 was the pathology of acute hepatitis.

Funded by the Medical Research Council, then the Beit Memorial Fund, Dame Sheila Sherlock studied the biochemistry of the liver and its disorders. She was awarded a Rockefeller travelling fellowship to the Department of Physiological Chemistry at Yale in 1947, before returning to Hammersmith Hospital a year later as Lecturer and Honorary Consultant Physician at the age of just 30.

Dame Sheila Sherlock’s new Liver Unit quickly became world renowned, research fellows visited from great distances, and its research output was immense.  In 1951 she became the youngest women elected as a Fellow of the Royal College of Physicians, and later became the first woman to be Senior Censor and Vice-President. In 1959 she was the first woman appointed to the chair of a British department of medicine, in the newly created post at the Royal Free Hospital School of Medicine. 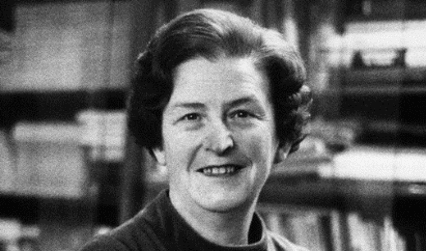 She was a founder - and later president - of the British Liver Trust. She was President of the British Society of Gastroenterology, the founding editor of the European Journal of Hepatology, appointed DBE in 1978 and a Fellow of the Royal Society in 2001.

Professor Dame Sheila Sherlock achieved so much over such an impressive career and life, whilst also raising four children. It would be impossible to list all of her contributions to hepatology, or those who were inspired and influenced by her work, writing and teaching – her legacy is enduring.

Professor Jane Dacre was elected president of the RCP in April 2014, the third female president in its 500-year history. She says that:

Dame Sheila Sherlock was a true medical pioneer and innovator. Her talent, dedication and leadership were the driving force behind countless medical advances, and her work still holds an enduring legacy for the entire profession. A truly inspirational figure.