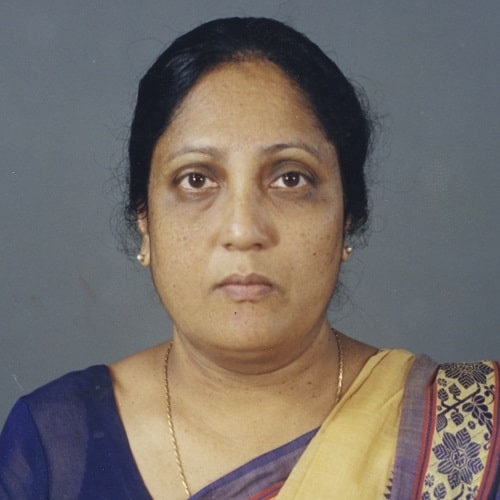 To celebrate South Asian Heritage Month, we spent some time in our archives in search of remarkable stories to celebrate the works and achievements of South Asian healthcare workers and physicians. While these stories of inspiring physicians usually only centre upon a singular figure, it is to our surprise that we were able to discover the stories of one of our fellows, Doctor Buddhika Lamabadusuriya and her husband Professor Sanath P. Lamabadusuriya who both had connections with us at the RCP and devoted their life and work to medicine.

Husband and wife, Professor Sanath P. Lamabadusuriya and Dr. Buddhika Lamabadusuriya (née Ediriwickreme) both dedicated their careers to service within the medical field and their work has benefitted multiple patients across both the UK and Sri Lanka. The couple married in 1976 and partnered in medicine alongside their careers devoted to teaching, research and public medical services.

Professor Sanath completed his MBBS (Bachelor of Medicine, Bachelor of Surgery) in Colombo at the Royal College. In 1971, he ventured to the UK in pursuit of a research degree in child health. Aside from his academic career, he worked in various hospitals under the NHS, obtained both the Diploma in Child Health and membership at the RCP. Having completed 2 years and 3 months of research, he became the first Sri Lankan clinician to receive a PhD. His research career culminated in the Sri Lankan Cleft Palate Project in which he partnered with Dr Michael Mars in the UK. The project began solely as a research project as no patients born with cleft palate had not received surgical treatment at the conventional time were found in the UK. At Professor Sanath’s request, however, it was soon expanded to provide actual treatment to affected patients as well. Professor Sanath worked with a team of surgeons from the UK and Norway comprised of plastic surgeons, anaesthetists, ENT surgeons, orthodontists, speech therapists, theatre nurses, dental nurses and a paediatrician and provided the required surgical treatment for patients in Sir Lanka. For this project, he was conferred an MBE by Queen Elizabeth II in 1992.

Doctor Buddhika gained her MBBS in 1972 with distinctions in microbiology, gynaecology and obstetrics from the University of Ceylon at Peradeniya, Sri Lanka. After gaining her MRCP in 1980, she travelled back and forth between the UK and Sri Lanka, working in various medical institutions. Between 1980 and 1996, she served as a visiting physician in various hospitals in Sri Lanka. Dr Buddhika returned to the UK in 1996 where she held locum appointments in various specialities including geriatrics, neurorehabilitation and rheumatology across the country. Upon her return to Sri Lanka, she became a member of the AIDS advisory committee within the Sri Lankan Ministry of Health from 1999-2000 and continued serving as a visiting physician in local hospitals. Doctor Buddhika became a fellow of the RCP in 2000.

Outside of her career in medicine, Doctor Buddhika was a member of the Wildlife and Nature Protection Society of Sri Lanka, and she was interested in Buddhism and social work. Doctor Buddhika Lamabadusuriya passed away in 2011, and about his late wife, Professor Sanath Lamabadusuriya remarked, ‘she was a very kind hearted individual who helped many relatives who were less well off’. Professor Sanath enjoyed travelling, and he was able to travel Europe during his time studying abroad which he greatly enjoyed and more recently in his retirement. After retiring, Professor Sanath continued as visiting professor at various universities in Sri Lanka, and he most recently served as the Chairman of the Meththa Rehabilitation Foundation, a voluntary service for amputees and disabled people, and the Chairman of the Board of Trustees of the Children’s Convalescent Home in Thalagolla. In an interview in 2015 where he was asked to identify his secret to success, Professor Sanath emphasises the importance of health in giving him the ability to continue to perform into his years of retirement.

‘South Asian Heritage Month first took place in 2020 and runs from 18th July to 17th August each year. SAHM seeks to commemorate, mark and celebrate South Asian cultures, histories and communities. It seeks to understand the diverse heritage and cultures that continue to link the UK with South Asia.'

To celebrate, the RCP will be sharing stories of medical professionals of South Asian heritage, who worked and lived or are working and living in Britain.