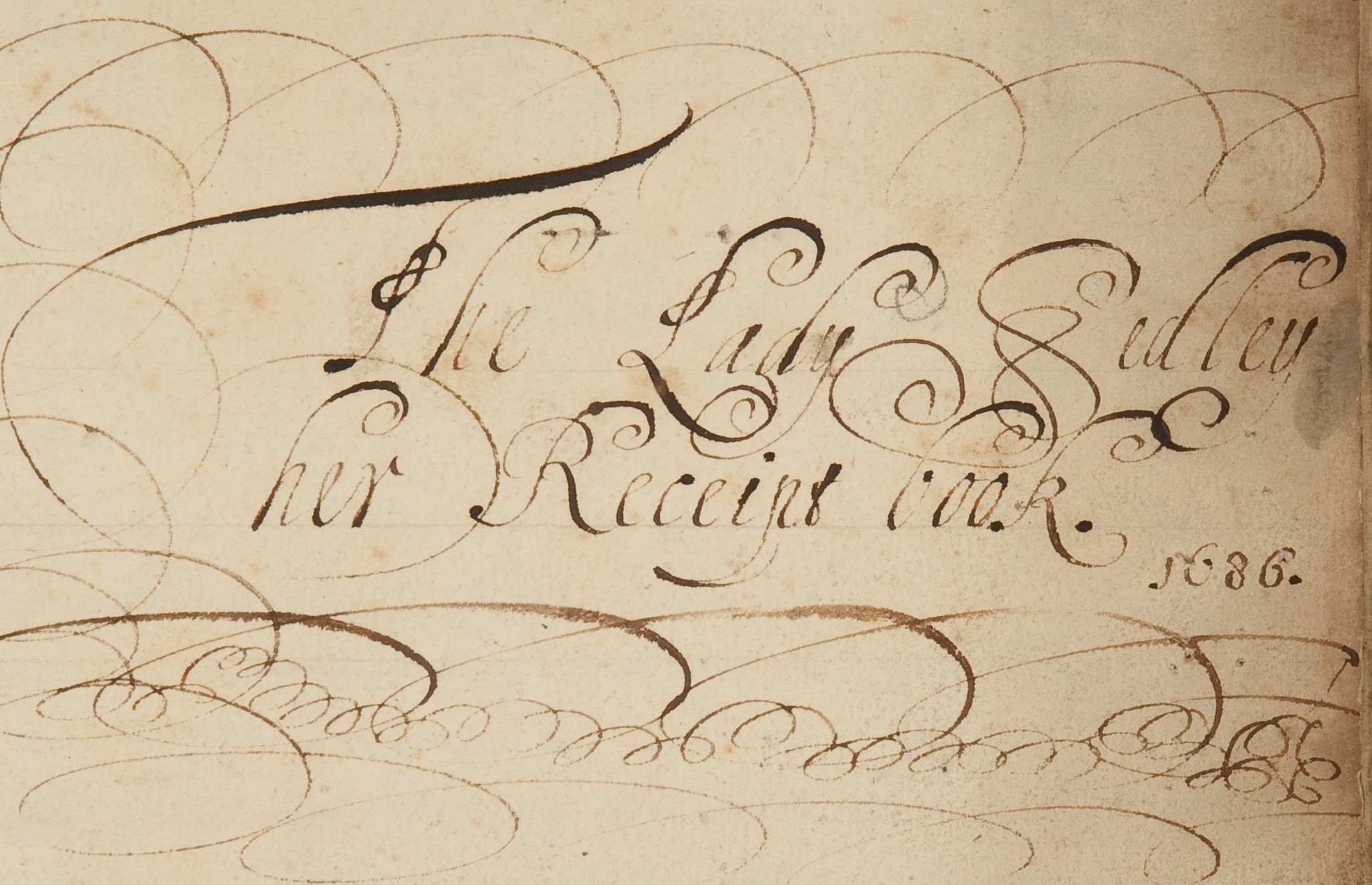 Between the 16th and the 19th century most medical care was provided by local healers or from within the household. In higher income households, and in larger population centres, there was access to apothecaries who made up medicines. More usually, medicines were made at home from locally available ingredients, using ‘receipts’ or recipes, sourced from well-known healers, or from physicians.

In households where the family were wealthy enough to have formal education, the receipts were recorded in handwritten books. These were used across generations and kept within families. There is often no identifying information about the compilers, their locations or time periods. The archives at the Royal College of Physicians contain a substantial collection of these fascinating and mysterious volumes.

One of the most mysterious is manuscript 534. It has an inscription “Lady Sedley her receipt book 1686”. Sir Charles Sedley, the restoration libertine and poet, had a wife who seems at first a likely candidate for author. However, from 1672 until her death over thirty years later, she was confined in a convent at Ghent. Ann Ayscough, daughter of a Yorkshire gentleman, became Sir Charles’ common law wife around 1672. Contemporary sources state they went through a marriage ceremony and she was known as Lady Sedley.

So we know the author, or do we? The later recipes, from page 59, are written in a second hand, not the same one which wrote the inscription. But there is no second author identified in the volume and the handwriting is less neat, less easy to read. For more information on the Sedley manuscript, watch this video.

As well as the lack of information about the author, the location, or the time period; the other main obstacle to using these volumes for research is the handwriting. It varies hugely, sometimes within the same book. A good grounding in palaeography, the study of handwriting, is usually needed to decipher the contents of these books. For this reason, transcripts which reproduce the contents in typescript, are invaluable to researchers.

Therefore, we were delighted when manuscript 534 was chosen to take part in a transcribathon in March 2021, organised by EMROC, alongside another handwritten recipe book from the Wellcome Collection in collaboration with the Folger Institute. A transcribathon is a community event which runs for a set time period where all participants work in groups or singly on a manuscript to transcribe the entire contents. Once all participants’ transcripts are collected they are edited, to produce a single version. Held during the COVID-19 pandemic this transcribathon was an online event with participants able to join in from all over the world.

We are pleased to announce that the edited transcript of manuscript 534 is now available online for all researchers to access, alongside full digital images of the manuscript, here, on the Folger website From the Page.

Our archive catalogue is fully searchable online here. While the onsite research service is closed during the pandemic, digitized versions of over 10,000 items from our archives are available online, as part of a charged for scientific archives resource. Our research enquiry service remains open, at history@rcp.ac.uk.