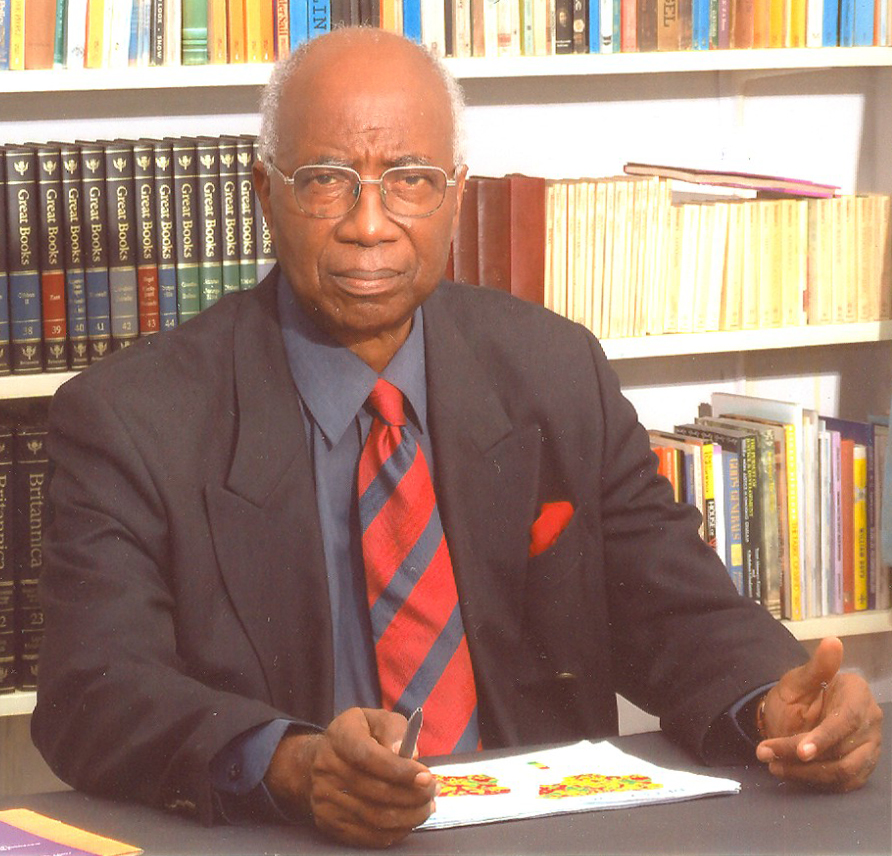 Oladipo Olujimi Akinkugbe (1933 - 2020), often referred to as ‘Prof’ or ‘Baba’ (father), was a distinguished professor of medicine at the University of Ibadan and a pioneer in the specialty of hypertension and nephrology in Nigeria and across Africa.

He was born in Ondo in southwestern Nigeria to Chief David Akinkugbe and Chief Grace Akinkugbe. He attended Government College in Ibadan, Nigeria, and then studied medicine at University College, Ibadan and at the London Hospital Medical School. He gained his MB BS in 1958 and a diploma in tropical medicine and hygiene from the University of Liverpool in 1960.

His internship was at King’s College Hospital, with subsequent training rotations in and around London. He earned a DPhil from the University of Oxford in 1964 for his work on ‘Angiotensin and the kidney’ with Sir George Pickering (1904 - 1980) and further consolidated his learning with a fellowship from the Rockefeller Foundation.

His return to Nigeria coincided with some of the bloodiest years in its history due to the Nigerian Civil (Biafran) war from 1967 to 1970. This however did not detour his determination and resilience; he was a professor at 35 and became dean of the faculty of medicine at the University of Ibadan at 37.

Oladipo is best known for his pioneering work in the specialty of hypertension and nephrology in Nigeria and across Africa – translating his laboratory findings and epidemiological knowledge into clinical applications relevant to African people. His awareness of the continent made him realise that an understanding of conditions such as infections and hypertension, common causes of renal disease in the developing world, were essential in tackling kidney disease in Africa.1

One of his early studies reported on the phenotypes associated with hypertension in indigenous black Africans, including urban and rural differences in prevalence.2 Additionally, he was responsible for establishing the use of acute peritoneal dialysis in Nigeria before haemodialysis became available.3

He contributed to the medical literature on kidney disease and hypertension and had over 100 publications in notable peer-reviewed journals, as well as being a journal editor. He was often sought after to contribute to textbooks and published or contributed chapters to several books on medicine, nephrology and administration.

In the area of medical education, he had a major impact on the careers and training of physicians in Nigeria. He trained the first generation of indigenously trained nephrologists, who have become leading figures in nephrology in Nigeria and internationally.

He helped establish renal medicine as a specialty in Nigeria as foundation president of the Nigerian Association of Nephrology (NAN) and Nigerian Hypertension Society, then as chairman of the board of trustees of NAN for six years. He was awarded the highest honour of NAN – a distinguished fellowship – in 2018. He was also a foundation member of the African Association of Nephrology.

He was pivotal in evolving hypertension and renal disease management across Africa and served on expert advisory panels for the World Health Organization. He was a Rockefeller visiting fellow at Johns Hopkins, Yale and Washington, and a visiting professor at Harvard.

He was awarded with honorary DSc degrees from four universities, including the University of Ibadan and was an honorary fellow of Balliol College, Oxford. A combination of his clinical and scientific work led to him being honoured with the Searle Distinguished Research award (in 1989) and the Boehringer Ingelheim award of the International Society of Hypertension (in 2004). Oladipo also received the International Society of Nephrology’s pioneer award, conferred in February 2020 in Ibadan.

Beyond his work in academia and medicine, he was a recipient of multiple national honours in Nigeria, including the National Order of Merit, the Commander of the Order of Niger and the Commander of the Federal Republic. He was honoured with Yoruba traditional chieftaincy titles from kings of five major cities and was physician to the Royal Household of Ile-Ife for over a decade. He was also a recipient of a national honour from Ivory Coast – the Officier de l’Ordre Nationale de la Republique de Cote D’Ivoire.

His erudite approach to life showed in his love for philosophy, theology, golf, gardening and birdwatching. He was a philanthropist, holding leadership roles and supporting the Rotary Club and the Obafemi Awolowo Foundation. He was a dedicated Christian and a founding member of All Saints’ Church Jericho, Ibadan. His fluidity across cultures and self-deprecating humility, despite outstanding achievements, made him noteworthy in Nigeria and beyond. More of his story, personal life, contributions to medicine, science, education and service were shared by Oladipo in his autobiography Footprints and footnotes, AMV Publishing Services, 2011.

He was survived by his widow Folashade M Akinkugbe (née Dina), two sons, Olumide and Olukayode, and three granddaughters.

Sources used in writing this blog

To celebrate, the RCP are sharing stories and achievements of black health and care workers like Oladipo Olujimi Akinkugbe. Keep a look out on the RCP London and RCP Museum’s social media accounts as we highlight stories of inspiring black physicians from the past and today.