Skip to main content
A queen's power: seals in the RCP archives

Our previous exhibition celebrates 800 years of royal authority, power and symbolism using charters, seals and deeds from the Royal College of Physicians' collections. 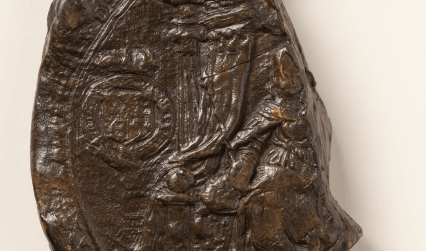 During the last 800 years, the double image of a ruler on horseback and on a throne has come to symbolise English royal military strength. Queens of England have also used this imagery for their seals, to assert their authority in society at a time when women generally had a lower status than men.

Elizabeth I was very skilled at controlling her public image. Elizabeth I’s Great Seal left the viewer in no doubt that she was in charge. It shows her mounted on horseback – though not actually carrying a weapon as a king might – and on a throne surrounded by all the regalia. Although limited in some senses as a female ruler, Elizabeth was a strong queen and secured her place in history. 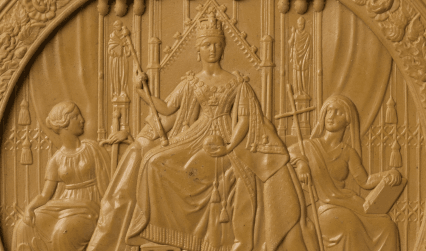 She managed to overcome the insecurity and instability of earlier times, to establish the Tudor dynasty. She was also willing to exert her influence to secure her favourites’ positions. She intervened when one of her physicians, John Banister, was in danger of being punished by the Royal College of Physicians for not having sufficient knowledge of medicine to meet their standards.

A much more recent queen, Victoria, was apparently privately uneasy about her greater status and power compared with her Prince Consort, Albert. When he died, after 21 years of marriage and nine children, Victoria stayed in deep mourning for the rest of her life. But she still kept a strong grip on the throne. Her Great Seal design is very elaborate with a delicate fringed canopy above the throne.

Power and beauty: seals, charters and the story of identity was on display in 2015.